This is my cannon of books on American history, literature, and culture.  In this case, cannon, rather than canon, is the right word.  I am not claiming that these books are “the defining books” for a student of all things American.  This is only some heavy artillery.

There is lots of wiggle room on this list.  There are books that could be added and books that I might not keep on the list.  Quite a few that Wilfred McClay listed would be here, if he had not already chosen them.

1. Sidney Alhstrom, A Religious History of the American People.
The study of America’s religious history is American history. This account is long and detailed. There are points to quibble over, but the breadth and depth reveal much about America’s history.
What is America like? Religious, historically Christian, and  diverse.

2. Stephen Ambrose, D-Day and Citizen Soldiers. There are many great histories and biographies related to World War II. These two works show the human price paid in war. The focus is on the American soldiers. Ambrose was a good storyteller.
What is America like? Brave and resourceful.

3. David Brainerd, edited by Jonathan Edwards, Diary and Journal of David Brainerd. This is defining because Brainerd represents the Calvinistic evangelicalism of early America. This religious impulse has inspired many preachers and believers. Brainerd, after his conversion, stakes everything, including life and health, on the truth of the Gospel.
What is America like? Calvinistic and zealous in its impulses.

4. William F. Buckley, Up From Liberalism and I See a Dream Walking. Buckley was a defining figure of twentieth century conservative thought. Conservatives from Whittaker Chambers to Ronald Reagan were helped along by him.
What is America like? Willing to cry “Stop” when foreseeing the impulse toward modern destruction.

5. John Adair, The Puritan Fathers of England the United States. While Perry Miller’s The Puritans gives source materials, this is a good and favorable read about the Puritans themselves. There are also really good studies on the Puritans by Leland Ryken and J. I. Packer.
What is America like? Rooted in Puritan values.

6. Willa Cather, My Antonia and Death Comes to An Archbishop. Willa Cather is the poet, novelist, chronicler of the American Great Plains and Mid-West. Her writing is lyrically beautiful, with a strong note of sadness since the midwest and frontier was no paradise.
What is America like? A land defined by the frontier. 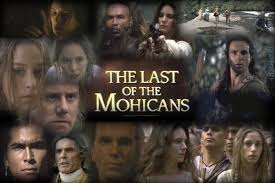 One of many movie versions of James Fenimore Cooper’s Leatherstocking Tales. This movie was inspired by, but is not based on, Cooper’s Last of the Mohicans.

7. James Fenimore Cooper, Deerslayer and The Last of the Mohicans. Cooper defines so much that is America. He deals with heroism, race, land, culture, faith, and literature.  Nathaniel Bumpo is the archetype for every American hero from Daniel Boone to cowboys to Sgt. York to Spiderman.
What is America like? Heroic, vexed over land.

8. William Faulkner, The Unvanquished and Go Down, Moses. Faulkner unveils the South, through which we see America, through which we see the human soul. The Unvanquished captures the South in the War Between the States and Reconstruction better than any book I know of. Go Down, Moses reminds us of our tangled past and kinship.
What is America like? Flawed, but persevering.

9. Robert Frost, Collected Poems. Frost was a New Englander, a Grover Cleveland Democrat, a man named about Robert E. Lee. He had an ear for the way people talked and the deep, often frightening things people thought.
What is America like? Searching, witty, but realistic.

10. Shelby Foote, The Civil War. Along with Bruce Catton, Foote told the story of our greatest and most tragic war in the fashion of a poet and true story teller.  Foote combined a novelist’s eyes and ears for description with an epic poet’s sense of telling the big story.
What is America like? Sometimes suicidal as a nation.  Big, painful, sometimes torn apart, often destructive, but striving to heal after the war.

11. George Grant, editor, Patriot’s Handbook. There are many collections of primary documents, like the Declaration of Independence. What distinguishes this collection are the poems and historical sketches. Where else do you learn of America’s forgotten fourteen Presidents (all before George Washington)?
What is America like? A people with a story.

12. David Hall, The Genevan Reformation and the Founding of America. This is the defining study of the influence of Calvinistic thought on religion, politics, and culture as it developed in Europe and crossed over to the Americas.
What is America like? Rooted in the Reformation. 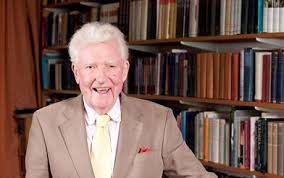 Never expect the expected in any history done by Paul Johnson.

13. Paul Johnson, The Story of the American People and Modern Times. There are many good historians who have told the story of America. Johnson stands out because he is an Englishman and a conservative. He sees in a fresh way.  What is America like?  Not like what the more liberal and critical historians have told us.

14. Russell Kirk, The Roots of the American System. Kirk is a key conservative thinker from the 20th century. This book and Kirk’s study of John Randolph are powerful books.  What is America like?  Rooted in traditions.

15. Abraham Kuyper, Lectures on Calvinism. These lectures, by a Dutchman, were given in America. They reflect a lot about the religious receptivity and viewpoint as brought to America by Dutch Christian thinkers.  What is America like?  In 1898, fresh and invigorating with a strong belief in the Sovereignty of God and the application of Godly order in every sphere of life.  Today, what is like?

Kuyper was optimistically visionary about America’s future. But without the discipline of Protestant theology, the vision dims.

3 thoughts on “My Own Cannon of American History and Literature”