After turning my attention to work projects at home and work, and after enjoying a week in Tennessee, I thought I had better return to the topic of my Cannon of Books on American History.  Remember that this list is fluid, incomplete, and suggestive.  I cannot guarantee that reading my list of books will result in you being like me.  Sorry, that is just the bare truth.  It is possible that you could turn out to be profoundly thoughtful, well rounded, and socially well adjusted.  That has not been my experience.  The books on the list only make me aware of how much I need to know, how incomplete my education is, and how inept I am at grasping American history, along with everything else.  So my reading and journey continues onward.

Refer back to the previous post I had for the first fifteen books and also to an even earlier post on Wilfred McClay’s American Canon.

16. J. Gresham Machen, Christianity and Liberalism. This book captures the key theological conflict of the twentieth century. It also shows the much neglected and often overlooked intellectual vigor of Calvinistic thought. I have referenced this book on many blogs and bibliographies.  I think this book and F. Scott Fitzgerald’s The Great Gatsby are the two most important books to read to understand the 1920s in America.

17. George Marsden, Fundamentalism and American Culture. By describing the key theological battles of the early decades of the twentieth century, Marsden explores the themes of the entire history of the country.  Marsden, a Christian historian, has written quite a few fine books on theological issues as the grew out of the American experience.

18. Walter Russell Mead, God and Gold: Britain, America, and the Making of the Modern World. This is a powerful study of the impact of beliefs and practices of Britain and America.  Mead is far from perfect as a commentator on American history, but he sees things I have never thought of before.  And he is compelling, even when not quite convincing.

19. Joseph Plumb Martin, Yankee Doodle Boy. This is a first hand account of a soldier in the American War for Independence. A good account of the long stretches of camp life interspersed with battles.  Along with this book on the War for Independence, Sam Watkins’ Company Aytch is a similarly good book that describes the War Between the States from a Confederate soldier’s viewpoint.

20. Theodore Roosevelt and Henry Cabot Lodge, Hero Tales. I am thankful for George Grant having written an introduction to this book and for him seeing that it has been in print for modern readers. This is significant because these stories of American heroes were written by two scholar/politicians. It is significant because of the belief in heroism also.

21. Mary Rowlandson, The Captivity of Mary Rowlandson. The strong faith, hardy disposition, and face-to-face confrontation with dangerous conflict are found in this account of a woman who was captured by Indians during King Philip’s War.

22. R. J. Rushdoony, The Messianic Character of American History, This Independent Republic, and The Nature of the American System. These are historical essays from a viewpoint radically different from most historians. The centrality of Calvinistic thought in Rushdoony’s interpretation is challenging.  Whether one likes or dislikes other aspects of Rushdoony’s theology (and his package program is a vast system of thought and applications), his work on American history and culture stands on its own.  Don’t run to the internet critiques of the man. Rather, read the books.

23. Sandoz, Ellis, Political Sermons of the American Founding Era, 1730-1805. This is a great collection of sermons that reveal how American pastors impacted the history of our War for Independence and early years as a Republic.   Liberty Fund has published and reprinted many outstanding works on American history.  Their books are beautifully bound and reasonably priced.

24. Francis Schaeffer, How Should We Then Live? The Rise and Decline of Western Thought and Culture. While this book was not written specifically about America, it deals with the cultural trends that were prevalent in America in the latter 20th centuries.  Schaeffer’s other books, such as The God Who Is There, He Is There and He Is Not Silent, A Christian Manifesto, and Whatever Happened to the Human Race, all help chronicle the currents and trends of the twentieth century that Schaeffer stood against.

Save yourself the trouble of reading individual books by Schaeffer. Get his collected works.

25. Michael Shaara, Gettysburg. This novel, like its model—The Iliad, breaks into the middle of the American War Between the States, develops the conflicts between leaders on each side, and retells the story of the biggest and most defining battle in American history.  Michael Schaara’s son, Jeff Schaara, has written the prequel, Gods and Generals, and the sequel, The Last Full Measure, to his father’s great book.  These three give an overview, via some fictional liberties, of the War Between the States.  Jeff Schaara has also written a number of historical fiction works on America’s other wars. 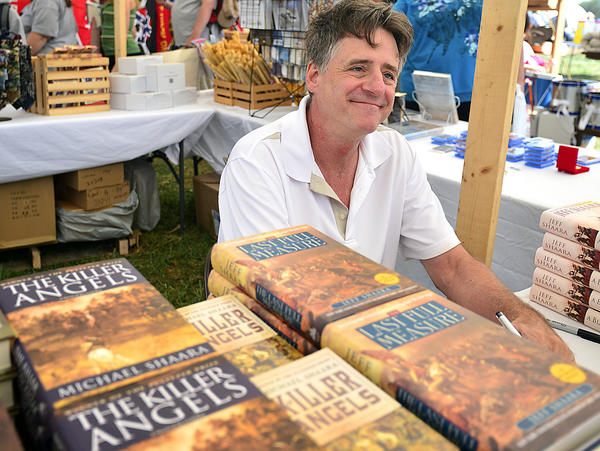 26. C. Gregg Singer, A Theological Interpretation of American History. This is a study of the intellectual movements in our history. It is a thought-changing book. I remember a conversation a few years back with Pastor Randy Booth and Lonn Oswalt where we were all remembering when and where we first read this book and how it changed our thinking.

27. Jesse Stuart, The Thread That Runs So True. Much of America was rural for much of our history. Stuart’s many books tell of that rural world, particularly as it was found in Kentucky. This is his autobiography of his teaching experiences, which were very revealing of American rural education. Also recommended are Stuart’s novels, such as Hie to the Hunters, and poetry, such as Man With a Bull Tongue Plow.

A Life Goal: Go to the Jesse Stuart Foundation in Kentucky.

28. I’ll Take My Stand by Twelve Southerners. These 12 Southern intellectuals and academics challenged the philosophies, sociologies, and intellectual views of their time. Their thought still amazes the reader.  Read these essays and then start collecting the books by the individual authors.  These men defined Southern literature and thought.  Most were associated with Vanderbilt University in Nashville, Tennessee.  Key authors in the group included John Crowe Ransom, Allen Tate, Donald Davidson, Andrew Nelson Lytle, and Robert Penn Warren.  Often called “The Agrarians,” several of the contributors were also the “Fugitive Poets” and the “New Critics.”

A reunion of some of the defining authors and thinkers. From left to right: Allen Tate, Merrill Moore, Robert Penn Warren, John Crowe Ransom, and David Donaldson.

29. Robert Penn Warren, All the King’s Men. This is an incredible political novel. It tells much about American politics, but more about human nature. The story was modeled after the career of Louisiana politician Huey P. Long.  And Warren was one of the Agrarians and Fugitive Poets and a founder of the New Critics school of literature.

30. Wells, David F., No Place for Truth; or, Whatever Happened to Evangelical Theology?, God in the Wasteland: The Reality of Truth in a World of Fading Dreams, and Losing Virtue: Why the Church Must Recover Its Moral Vision, and Above All Earthly Pow’rs: Christ in a Postmodern World.  All these books are good, but the first one, and the long introduction in that first volume would be the essential read.

4 thoughts on “Round Two from House’s Cannon”