Snowetry: Poetry about snow. Most often read and meditated on by people in southern parts of the United States that gaze longingly at leaden skies and wonder why they have freezing cold weather, cold rain, but no snow.

Addendum:  We DID have a snowfall yesterday, and today the world outside is quite beautiful. 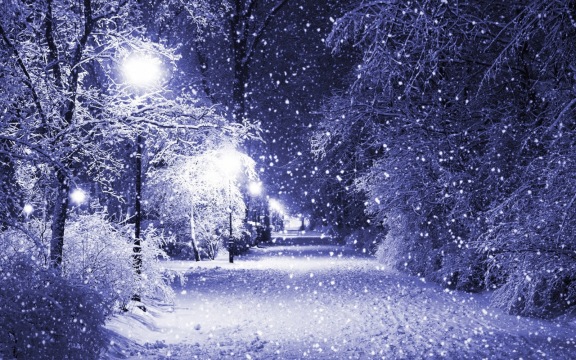 Out of the bosom of the Air,
Out of the cloud-folds of her garments shaken,
Over the woodlands brown and bare,
Over the harvest-fields forsaken,
Silent, and soft, and slow
Descends the snow.
Even as our cloudy fancies take
Suddenly shape in some divine expression,
Even as the troubled heart doth make
In the white countenance confession,
The troubled sky reveals
The grief it feels.
This is the poem of the air,
Slowly in silent syllables recorded;
This is the secret of despair,
Long in its cloudy bosom hoarded,
Now whispered and revealed
To wood and field.
Henry Wadsworth Longfellow was, in the heyday of 19th and early 20th century schooling, the Schoolroom Poet.  Sometimes, he is referred to as the “Fireside Poet.” Students read “The Village Blacksmith,”  “Hiawatha,” “Evangeline,” “Song of Life,” and “The Midnight Ride of Paul Revere.”  My favorite has always been “My Lost Youth.”  Longfellow was a gifted and trained scholar.  He produced a translation of Dante’s Divine Comedy along with his many other original compositions.  Bearded and august in appearance, he set the standard for what poetry should be.  He ruled the world of poetry until he was displaced by Walt Whitman.
I rarely find students from my public school or Christian school experiences who are familiar with Longfellow.  Outside of the joke (“You’re a poet and don’t know it, but your feet show it–they’re long fellows), I have rarely heard him referenced.  His work is criticized for its sentimentality and disdained because of his commitment to metrical forms.   He was classically trained, incredibly successful, and an upholder of the idea of public virtue. His poetry is not filled with narcissism or skepticism or railings against God, society, and morality.  Longfellow affirmed the basic morals of his day.  His faith seemed more a generic belief in God than orthodox Christianity. If you don’t have a collection of his poetry, or an anthology with a generous selection of his poems, take immediate action and acquire some of Longfellow’s works.  And read them.

He celebrated the American experience.  He stared, and did not merely glance over, the world around him.  Our history, the world of New England, the shapes and feel of nature, and human emotions all found expression in his poetry.
“Snowflakes,” an appealing topic for any with poetic desires, is a fine example of his skill.  Hopefully, you can read it while gazing out the window at snow from last night or snow still falling.  Read it a few times and notice the images and layers within it.  Like snowflakes, it is light, cool, and revealing.