It was the fall of 1974 and I was taking the first semester of American History at Texarkana Community College.  Professor Henry Wood announced that anyone needing to replace a low test grade could read one of two assigned books and take a test to replace the low grade.  I already had a solid A in the class, so I did not need to do the extra reading and test.

Mr. Wood said, “The books are This Independent Republic by R. J. Rushdoony and A Theological Interpretation of American History by Gregg Singer.”  Then he added this comment which changed my life:  “If you are a history major, you need to read both books.”

I bought the books, read Singer during the Christmas holidays and read Rushdoony later in the spring.  I confess to getting little out of the books.  Keep in mind, I was a reader, and I read lots of good books.  But Singer and Rushdoony spoke in foreign tongues.  Serious, scholarly, analytical, and theological discussion was totally out of my range.

A few years back, James Jordan and Andrew Sandlin wrote articles explaining what happened to me, to them, and quite a few others during the 1960s, 70s, and 80s.  We had gotten smacked down by the Calvinistic Worldview Thinkers of the mid-to-late 20th century.  I read, felt flustered, and yet, by God’s grace, was determined to crack the code on this way of thinking.  I was hindered by not knowing how to think and not knowing how to think Biblically.  I was missing what John Calvin says in the opening words of The Institutes of the Christian Religion:  “Our wisdom, in so far as it ought to be deemed true and solid Wisdom, consists almost entirely of two parts: the knowledge of God and of ourselves.”

My mind could read the words, but my heart could not fathom a Sovereign God.  Also, I needed to understand lots more history, particularly the people and ideas that propelled historical events.  Singer and Rushdoony had gently let me know how little I knew.

I spent the next 20 years or so reading lots of books by Rushdoony, Singer, Van Til, Kuyper, Gary North, Gary DeMar, Greg Bahnsen, and others influenced by them.  I read more theologians than historians; I read more about Christian thought than about more popular ideas.  Rushdoony and Singer and others formed deep grooves in my mind that continue to affect and direct how I think, teach, and live.

I have read all or large portions of most of Rushdoony’s books.  I have listened to countless hours of Rushdoony “Easy Chair Talks,”  history lectures, and other studies.  When Rushdoony recommended a book or author, I either bought the books or searched for them.  It was from Rushdoony that I learned to love the writings of Ernle Bradford, Christopher Dawson, and countless others. 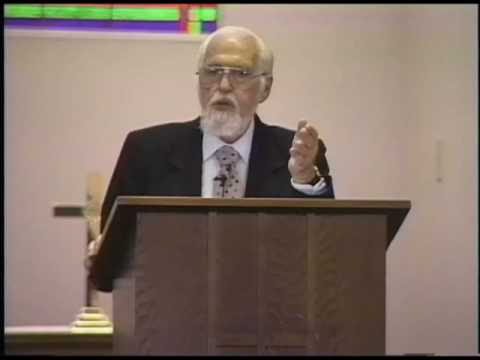 Rushdoony looked and spoke like an Old Testament prophet.

But Rushdoony was and still is quite controversial.  I can honestly say that I both understand and don’t understand.  The world of Rushdoony is intricate and wide-ranging.  It is, like the children’s song repeats, “deep and wide.”  Rushdoony held views that were unpopular, strongly contested, counter-cultural, and to some, offensive.  And that just refers to how fellow believers view him.  I can understand Arminians, premillennialists, dispensationalists, and other varieties of Christians disagreeing with certain of his views.  During most of the years when I was reading him, I was a Reformed Baptist.  I understand people who are not post-millennial, theonomic, reconstructionist,  presuppositionalists, pro-Christian schools, and non-political disagreeing with portions, even whole books, that Rushdoony wrote and thought.

But here is what I do not understand:  How can any serious Christian reject the whole realm of Rushdoony’s thought?  On having occasion to read and teach Augustine, Luther, and Calvin, I find lots to disagree or quibble with.  Never hold a church family conference using Augustine’s recommendations concerning marriage and family.  But even when large portions of the great thinkers is rejected or questions, there is still so much solid granite to see and marvel at.

I find the same with Rushdoony.  Consider this:  Rushdoony wrote books and articles about American and World history, the philosophy of science, the economics, politics, overpopulation, the root sources of pornography, psychology, philosophy, epistemology, systematic theology, eschatology, apologetics, and books and passages from the Bible.  In The Institutes of Biblical Law, he compiled an extensive survey of the Old Testament laws.  He had three books devoted to education, and these books both analyzed modern and non-Christian thought and provided Christian answers.  Rushdoony was one of the first Christians to write about and aptly explain the significance of Cornelius Van Til’s apologetic method.

In other words, Rushdoony’s thought is extensive enough for any thinking Christian to profit from.  Those reject his works because they disagree with one point or another miss a great blessing.  As the Chalcedon bumper stickers proclaim:  Read Rushdoony.

In light of that, I just finished reading The American Indian: A Standing Indictment Against Christianity and Statism in America.  This book was published this past year, but it is made up of essays that go back to the late 1950s.  Rushdoony (1916-2001) served as a missionary on an Indian reservation from 1944-1953.  This book is an outstanding study and delightful read for three reasons.

First, Rushdoony was eager to listen to the old Indians.  There were still plenty of Indians who had witnessed the days before the reservations.  They had hunted buffalo, been pressured by the Ghost Dance religion, and had known the old ways.  The younger Indians were often uninterested in their stories, but Rushdoony, having already read extensively on Indian history and anthropology, was eager to learn.

Second, this book is more autobiographical than any of Rushdoony’s other works.  He tells of experiences he had on the reservation;  he discusses how these experiences often countered what the “experts” had said.  For those who remember Rushdoony as a scholar and speaker, a very bookish and deskbound man, it is amazing to realize that he lived on the frontier.  He gardened, hunted and fished, and lived very much like his Indian parish.  (He was, nevertheless, always reading and studying.)  Parts of this book reminded me of a favorite novel, I Heard the Owl Call My Name by Margaret Craven, which is a story of an Anglican priest who serves in a Indian village in Canada.

Third, this book is essential for understanding the place of the American Indian in American life, history, and culture.  It debunks ideas promoted by people of all types.  It indicts Christians for our failures and the government for its failures.  The Indian people are praised, honored, but also duly criticized for their gifts and failings.  Rushdoony always used history for lessons.  He saw the statism and socialism of the Indian reservations spilling over into all of American society.  The microcosm of the reservation was filled with warnings for church, state, and society.

Every history teacher must have this book on his or her shelf.  Pastors and laymen would enjoy it as well.  For another praise-filled review, read what Rushdoony’s son-in-law, Gary North, wrote about this book.

This book can be ordered from Chalcedon Foundation.