Believe it or not, I love reading history.  I also love reading novels.  One might deduce from those facts that I read lots of historical fiction.  I see fiction series quite often that are set in the time of the American Civil War, in the Middle Ages, in World War II, in Tudor England, in the American West, and the like.  I am generally not overly attracted to those kinds of novels.  I figure some of the series are quite engaging, judging from the number of books in the sets.  I don’t generally seek to learn history through fiction.  Nor do I seek to find great literature in what are sometimes called genre novels.  Keep in mind, I am not opposing or critiquing and certainly not snubbing such books and series.  Given the restraints of time and money, I just don’t read these kinds of books.

But I have read quite a few novels that are historical novels.  Basically, I am interested in the novel that stands on its on as a work of fiction. I like the literary work that is set in a particular historical context and that reveals some of the central issues of the history, but I don’t expect a novel to do the work of a history book.

All that being said and my conditions being set out, I will name and describe some of my favorite historical novels. 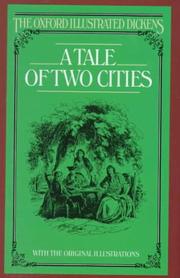 1.  A Tale of Two Cities by Charles Dickens is the only historical novel he wrote.  One could argue that the bulk of his works reveal the social history and conditions of his time, but this is the only book that was set in a specific historical context.  The opening lines are well known and brilliant:  “It was the best of time; it was the worst of times.”  The two cities are London and Paris, but the novel is not really about two cities.  Or, if it is, the cities are those that Augustine discussed in The City of God.  One city in Dickens’ novel is a world of decency, redemption, and love.  The other is the cauldron of human depravity and wickedness as found in the streets of France during the French Revolution.

I read this book for the fourth time and have enjoyed teaching it in my Humanities class for the third time.  My first reading was around 1971 when I was a freshman in high school.  Even though I was a reader, I did not like this book until we got near the end.  My whole view of the book was radically changed.  I came to love it then and every subsequent reading has reconfirmed my love.

2. War and Peace by Leo Tolstoy. Several summers back, it took a concentrated effort to get into this massive labyrinthine Russian novel.  As it often the case with a Russian novel, the length is as vast as the Russian steppes, the characters are numerous, and the sub-plots are multiplied.  Added to that, Tolstoy often digressed from his fictional story to philosophical and historical ramblings.  One must simply gear up when approaching this novel, but somewhere about 100 or 200 pages into it, something happens.  I still remember looking forward each night to finding out what was happening to all the characters.  I have never taught this novel.  I do teach some shorter works by Tolstoy, but I think a reading group on this book would be fun.

The historical setting is the Napoleonic Wars, and in particular it focuses on Napoleon’s disastrous Russian campaign.  By the way, I prefer the translations of Richard Pevear and Larissa Volokhonsky for any reading of a Russian work.

3.  None Shall Look Back by Caroline Gordon.  A few months back, I did a whole blog on Civil War fiction.  (It can be found here.)  Every book on that list could be reposted here, but I will limit myself to only a few.  This book by a great Southern author is an outstanding read.  I have often said that Ms. Gordon writes about love and romance like Jane Austen and war like Homer.  At this to the mix:  This novel has a strong Southern flavor.  The cause of the South rings throughout the story.  I read this novel several times in years past and developed a strong affection for Caroline Gordon’s writings.  She is largely overlooked today, and her views–Southern, Agrarian, Christian–are not well received in many circles.  But as an artist, a creator of fiction, she is outstanding.

4.  Green Centuries by Caroline Gordon.  One good Caroline Gordon novel calls for another.  This book is set on the colonial frontier.  It centers on a man named Orion Outlaw.  As you might guess, a man on the rugged Appalachian frontier whose last name is Outlaw is no pushover.  This book, as the previous one, has a strong epic feel.  To get a better sense of what that means, read Louise Cowan’s defining essay “Epic as Cosmopoesis.”

5.  Johnny Tremain by Esther Forbes.  I first read this book when I was in high school and have read it several times since.   Every reading has reaffirmed what a great story and adventure this book is.  It is often thought of as a children’s book, and that is okay if one realizes that a good children’s book is a book that adults can enjoy as well.  The setting is the events in Boston at the time of the American Revolution.  I am really surprised that there has not been a good movie made from this story.  The 1957 Disney movie is very inferior.

6.  All Quiet on the Western Front by Erich Maria Remarque.  If a reader really enjoyed the previous book and wants another thrilling, uplifting story, don’t read this one.  Mind you, this is a powerful and great book.  But it is a grim story.  The only reason it finally becomes all quiet on the Western Front is because everyone has died.  This is a harsh, but realistic look at trench warfare in World War I.  If the world had accepted the lessons of this book after it came out, there would have been no Second World War.  But mankind seems to have a deathwish.  Madmen plunge nations into wars.  The Second World War was as necessary as the First World War was unnecessary.  Although it is not as focused on the war itself, Ernest Hemingway’s Farewell to Arms is also a good read.

7.  The Last of the Mohicans by James Fenimore Cooper.  The subtitle of this classic novel is “A Narrative of 1757.”  Readers of Cooper’s time would have as readily recognized that reference as we would references to December 7, 1941 or 9-11.  Like many of the historical novels in this line-up, Cooper borrows from the historical texts, but he is not giving a history.  He does deal with the interplay between British, colonial, French, and Indian peoples.  Despite the barbs of Mark Twain and the movie deviations from the stories, the Leatherstocking Tales are the story of America in its early years.

8.  The Killer Angels by Michael Shaara.  In spite of my determination not to mix in too many Civil War novels, I must include this one.  I have read it and taught it quite a few times.  I appreciate the movie Gettysburg which is based on this book, but I prefer the book.  This is not a history of the Battle of Gettysburg.  It is a novel, a work of fiction.  In this book, the real conflicts are in the hearts of the men on both sides, or else they conflicted visions among the men on both sides.  General Longstreet battles his loss of his children and frustration with battle tactics.  Lawrence Chamberlain battles conscience, family concerns, and ethical issues.  Lewis Armistead battles his friendship with Winfield Scott Hancock, a general on the other side.

Mainly, this is a retelling of the story found in Homer’s Iliad.  The great conflict there was between Achilles and Agamemnon, and this story recasts this as a conflict between Longstreet and Lee.

9.  The Collected Works of William Faulkner.  Faulkner told the history of the South through his Yoknapatawpha novels and stories.  The War Between the States is the background of many of Faulkner’s books and is central to several of them.  The racial, economic, social, and cultural mix of the South are woven into and through Faulkner’s writings.

I know there are many more historical novels.  Book like Ben Hur and Quo Vadis tell the conflict of faith in the time of Roman rule amidst the growth of the church.  I hope to someday acquire and read Patrick O’Brian’s novels in the Aubrey-Maturin series.  Thomas Fleming, one of my favorite historians, has written a number of historical novels.  I have read only one of the Horatio Hornblower books by C. S. Forester.  I think I might like Allen Eckert Winning of America series.  I have a copy of Lonesome Dove that I will someday read.

Any suggestions from any of you?