Banner of Truth has done it again.  They seem to think that if they reprint enough good Christian books from the past, God is going to bless their ministry and those who read the books.  And, they are right.

How many times in this blog and in my life have I praised Banner of Truth books?  If my memory serves me correctly, the first Banner book I read was The Forgotten Spurgeon by Iain Murray, which I read in the late 1970s.  That was an eye opening great read.  A life changing read was the two volume biography of Martyn Lloyd-Jones, again by Iain Murray.

Along with lots of biographies, histories, and theological books, Banner has largely focused on books in the Reformed and Puritan tradition.  With avid theology book collectors like Dr. Lloyd-Jones, S. M. Houghton, and Murray, lots of books that were lying around in musty parsonages, unnoticed library shelves, and unsold stacks in used books haunts throughout the United Kingdom were found, read, and reprinted.  The result is that a serious reader can find incredible numbers of books from any century from the 1600s to the present day than ever before. 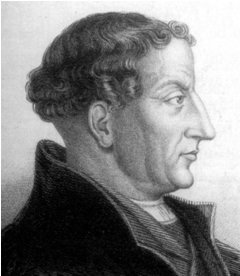 A great example of Banner’s work is the book Concerning the True Care of Souls by Martin Bucer (pronounced Boot-zer).  We often think of the Reformation as the work of Luther and Calvin with a few names, like Zwingli or Knox thrown in.  Often, fellow Reformers like Bucer or Henry Bullinger get billed as part of the background chorus of the earth shaking events of the 1500s.  But a closer look at the history and writings shows that Protestants could have been called Bullingerists and Bucerians rather than Calvinists and Lutherans.

In the past, this particular volume by Bucer was available in German or Latin, but it is now available in English, thanks to Peter Beale.  For students of the Reformation, this is an important primary source document.  But its value is far beyond that of mere historical research.  This book is a how-to manual for pastors and elders.  The great Reformation doctrines like Justification by Faith and the actions such as putting Bibles into the hands of the people were great, but inadequate.  God established churches as means of ministering to and building up and protecting those who name Christ.

The German word Seelsorge is translated as Soul Care.  Pastors and elders are in charge of soul care.  Bucer said, “the faithful ministers of Christ must not lightly give up on anyone.”  The book begins with the importance of churches having multiple elders.  These men are to use their varied gifts to see to the spiritual needs of the congregation.

Bucer divides the tasks of ministry into 5 parts:

1.  “To lead to Christ our Lord and into His communion those who are still estranged from him.”  This translates as evangelism.  Evangelism often involves apologetic work as well.  Often we Calvinists like apologetics, that is, answering unbelieving worldviews, better than outright telling people about Jesus.  Both are needed.  Both are soul care.

2.  “To restore those who had once been brought to Christ and into his church but have been drawn away again through the affairs of the flesh or false doctrine.”  Anyone living in the Bible-Belt American South knows this well.  There are lots of people who grew up in church but who abandoned the faith.  Soul care means calling upon, convicting, and exhorting those straying sheep.

3.  “To assist in the true reformation of those who while remaining in the church of Christ have grievously sinned and fallen.”  I have often said in and out of the pulpit, and need to personally be reminded, that the church is not a fitness center.  It is an emergency ward in the hospital.  It is not for those who have qualified for the Olympics; rather, it is for those who are the spiritually unfit.  From Hawthorne’s Scarlet Letter to lots of very real examples, churches have not always been friendly to fallen people.

4.  “To re-establish true Christian strength and health those who, while persevering in the fellowship of Christ and not doing anything particularly or grossly wrong, have become somewhat feeble and sick in the Christian life.”  Wow!  This hits close to home.  This so describes where so many of us are, or have been, or will be.  We may not be worshiping false gods or getting drunk, but our spiritual walk has become a crawl, at best.

5.  “To protect from all offense and falling away and continually encourage in all good things those who stay with the flock and in Christ’s sheep pen without grievously sinning or becoming weak and sick in their Christian walk.”  This is a great reminder that even the strongest and best Christians still need to hear, be taught, be reminded, and shepherded.

The book takes each of these five areas and devotes attention to ministering to people whose lives fit each category.  The longest chapter in the book (Chapter 9) is called “How the Hurt and Wounded Sheep are to be Bound Up and Healed.”  It is an elaboration of the third point above; that is, it deals with people who have sinned and fallen.

Bucer uses the word “penance” quite often and freely in this section.  At first, I thought he was still holding on to some Roman Catholic theology.  As one reviewer noted, “penance” might not be the best word to have used.  But Bucer’s discussion is worthwhile.  Too often churches have one of two inadequate responses to sin.  On the one hand, some simply forgive and forget.  On the other hand, some excommunicate and forget.  Bucer’s focus is on restoration.  Sinners sometimes have to pay a price, even from those who have forgiven them.  The person who steals money should not be forgiven and put in charge of the church treasury.  Time, testing, and discipling are needed.  I know from personal and pastoral experience that this is not easy or pleasant.  But it is seelsorge or soul care.

Bucer’s book is not one that will delight you with its wit, style, or illustrations.  Often, it is Scripture verses followed by plain application.  The content is unadorned and plain spoken.  That is what was needed in Bucer’s day.  Likewise, it is what is needed in our day.