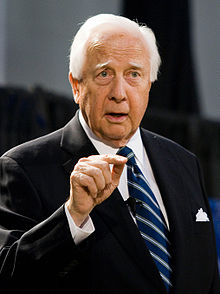 And they just won’t stop.  Have neither of these guys heard of retirement?  Apparently not because each has a new book out this year.  Thankfully, I have both new books, but how am I suppose to decide which one to read?

Having started this book, it is surely a great story.  Fleming has written extensively on George Washington, the American War for Independence, and other aspects of our nation’s beginnings.  He is on familiar ground, and as always, he is a good story teller.

Fleming, by the way, previous book, A Disease in the Public Mind, is the most balanced, thought-provoking book on the north-south slavery debates I have ever read.

Thomas Fleming is amazing for lots of reasons.  He is a northerner, from Massachusetts, I think, who writes about the south and the War Between the States in a balanced and challenging way.  He is a liberal, I think, who is part of the old school of Democrat liberals.  By that, I mean that he is part of the generation that supported men like Harry Truman, John Kennedy, and Hubert Humphrey, but he also has written some powerfully devastating critiques of Democrats like Woodrow Wilson and Franklin Roosevelt.  He is a scholar, but he writes history with a story-teller’s flair for unfolding a good history tale.  Also, he is a specialist in the area of the American War for Independence, but he has written books outside that area.  And, he has written quite a few novels, usually historical novels.

David McCullough’s new book is The Wright Brothers.  I came to love McCullough’s writing some years back when I read John Adams and 1776.  He has won enough awards and honors for his writings to fill a warehouse.  Sometimes, I get suspicious of writers who get too much honor.  After all, Melville got mostly criticism for Moby Dick and Faulkner was basically forgotten in America when he won the Nobel Prize in 1949.  But McCullough is a very good historian and writer.  Prior to this book, he wrote a lengthy book called The Greater Journey: Americans in Paris.  Like a petulant schoolboy, I complained about having to read the book.  I thought the topic wasn’t at all interesting.  By the way, no one was forcing or even encouraging me to read it.  But I did read it, and I enjoyed it, and I reviewed it HERE.

It is the mark of a good writer when he or she takes a topic we are not interested in and keeps our attention for hundreds of pages.  (English historian Paul Johnson is a master of this.)  I can also add that I have never had more than a passing interest in the Wright Brothers.  I did enjoy visiting Kitty Hawk back around 2007, but I would enjoy being on any part of the Outer Banks of North Carolina.

Now, I am back to the dilemma of which book to read first.  I want to own and read all of Thomas Fleming’s books and David McCullough’s books. It will take a bit longer to acquire and read all of Fleming.  But I need to get busy because I suspect both men have another book in the works.

I thank God for good historians and writers like Fleming and McCullough.  Both write well and entertain and delight as well as inform the reader.  They write history the way I want to teach it.  Neither are ideological, so they don’t write specifically as liberals or conservatives.  Both write respectfully of faith, although I don’t know “where they go to church” or what they specifically confess.  Both write of faith and providence when the people or events they write of call for such.

Both are great examples of men who love their work.  The shelves of books they have already written would be accomplishment enough.  I would love to write one book as good as what they have done over and over again.  They obviously don’t write for fame or money.  They write for love–love of the craft, of the stories of history, of the beauty of a story told well.

When I grow up, I want to be just like them.