It seems odd even to me, but it is true.  I don’t teach much on World War II.  Even though I teach both American History and Western Civilization, the Second World War gets short shrift in my classes.  One reason is that the war chapters are reached late in the usual school year.  By the time the class gets to the Twentieth Century, I am both rushed for time and fighting to curb the restlessness of students ready for summer.  Many years ago, I taught the war early in the school year.  I began my course with World War I.  The problem then was that I had only covered the World Wars, the Russian Revolution, and the Great Depression by the end of the first semester.  (Maybe that method is what I should have continued doing.)

The problem is knowing what to leave out.  First, there are the major figures.  There are the “good guys,” such as Churchill, Roosevelt, Eisenhower, MacArthur, Montgomery, and others.  There are the villains, such as Hitler and Mussolini.  But you still have to explain Stalin, an evil man and the key ally to America and Britain, and the occasional good Germans.  Then there are the causes of the war.  The 1930s, the subject of Piers Brendan’s great book The Dark Valley, is rich with historical material.  Next are the great campaigns of the war.  Could one honestly talk about World War II and not describe Dunkirk, the Battle of Britain, and the campaign for North Africa?  Operation Barbarossa and the subsequent Russian-German war are of great magnitude.  But even all this has yet to touch on what was going on in the Far East with Japan.

America entered the war in December of 1941.  What follows includes many battles of land, sea, and air that were the result of America’s entry into the war.  There are unlimited stories and heroes from America’s involvement in World War II.  Rightly were the American of that time called “the Greatest Generation.”

Each year, I read three or four books on the Second World War.  There usually isn’t any plan or goal.  I just pick one up and start reading.  In terms of available good studies, I could easily read three or four dozen good books and not exhaust the subject.

The University of Oklahoma Press is one of my sources for good World War II readings.  This university press has a series called Campaigns and Commanders that now includes some sixty-three volumes.  I have been reading and reviewing from this series for several years now.  Alas, I only have 18 of the volumes, but can always dream of acquiring all of them in due time.

My most recent read was The Last Cavalryman: The Life of General Lucian K. Truscott, Jr. by Harvey Ferguson.  I am not surprised if you are saying, “Who is Lucian Truscott?”  I was only vaguely familiar with him and would have not remembered him had I not recently read Rick Atkinson’s The Guns at Last Light.  It is a shame that Americans are not familiar with this man, who was a first class general.  We remember Eisenhower and Marshall, MacArthur and Patton (in part because of the movies), and Anthony McAuliffe and James Gavin (okay, maybe not these last two great generals), but not Truscott.

General Truscott, as the title tells us, was trained as a cavalryman.  The transition from a military dominated by infantrymen and cavalrymen to one of planes, tanks, and the ever present infantry was an abrupt change in history.  As late as 1917, the American army sent the cavalry into Mexico in search of Pancho Villa.  President Ronald Reagan actually trained in the cavalry when he was in the ROTC in college, which explains why he always used a cavalry saddle rather than the western–or cowboy–saddle when riding horses.

Truscott’s rise is a remarkable story.  Born in Texas and raised in Oklahoma, he spent his early years teaching school.  Since he was not a West Pointer and was a cavalryman, one might not expect him to have achieved great things.  But he was a leader.  After the U.S. entered World War II,  his leadership skills and ability to learn new things helped push him to the top.  He was instrumental in developing the U.S. Rangers and was involved in working alongside of and learning from the British.

It was actual combat command that distinguished Truscott.  He was involved in every major invasion in the Mediterranean theater of the war.  He was in North Africa, then Sicily, and later the hard-fought Italian campaign.  In Italy, he was commanding troops at the Anzio landing and breakout.  Every account I read of that invasion makes me question how it was possible that the Allies survived.  It took tough commanders like Truscott.

Truscott, after being promoted to Lieutenant General, during the invasion of southern France.

The Normandy invasion, often known as D-Day, which took place on June 6, 1944 overshadows many other key events in the war.  One such key event was the invasion of southern France that took place some months later.  It was a “secondary” campaign, unless you happened to be on the frontlines in southern France. It was also one of Truscott’s greatest accomplishments.

This biography is long overdue.  Lucian Truscott deserves more notice than he is usually given.  The soldier-cartoonist Bill Mauldin said this of him:  “Truscott was one of the really tough generals.  He could have eaten a ham like Patton for breakfast any morning and picked his teeth with the man’s pearl-handled pistols.”  In his day, he achieved the rank of Lieutenant General (3 star) and was awarded an honorary fourth star after his retirement.

In our time, we need to read biographies like this one.  It fills in a gap in World War II history, but it also inspires.  Truscott grew up in tough conditions and proved himself a leader in all that he did.  He was a patriot, a faithful soldier, and a humble, yet strong leader. 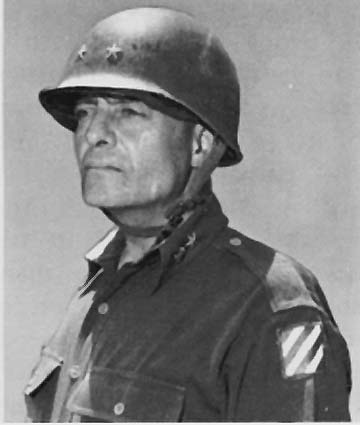