Nobel Prizes for literature have been awarded since 1901.  They are given to living authors whose writings as a whole have, in the words of Alfred Nobel himself, “in the field of literature the most outstanding work in an ideal direction”  There are, no doubts questions both about some of whom have won and some great authors who did not receive this international recognition.

I firmly believe in what I call “Ancillary Learning.”  By that, I mean learning that provides something additional or supplementary or complementary to the subject at hand.  I also love lists.  I also yearn to read more and more authors.  Most of my literary reading has been American authors.  The British come in second; the ancient Greeks third; the Russians fourth, and other Europeans fifth.  There are whole worlds of literary traditions both within the European realm and the nations and cultures beyond that I have yet to explore.

I recently devoted a bit of time at the beginning of class to Nobel Prize winners in the field of literature.  The goal is to always be moving information through these stages:

never heard of it

to heard of it

to heard of it several times

to actually learned something about it

to learned more about it.

A for some topics and some students, the next step:  Becoming very knowledgeable about it.

For starters, I wanted my students to know about American and British Nobel Prize Winners.  Beyond that, there are some Irish, French, and Russians on the test below.  Also a couple of recent winners are included.

Take the test if you wish.  Don’t look up the answers until after you have tried your best.

Nobel Prizes are given various areas, including the following:

The following Americans have won Nobel Prizes in literature:

the first American and the author of Babbit and Main Street. 1930

the daughter of missionaries and the author of The Good Earth. 1938

Mississippi author of The Sound and the Fury and Go Down, Moses. 1949

the author of A Farewell to Arms and The Old Man and the Sea. 1954

the author of The Grapes of Wrath and Of Mice and Men.

13. Name one of the following American winners: 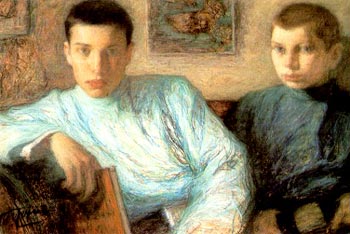 22. Name one of the other 4 winners from the United Kingdom.

Two French writers who held to the philosophy of Existentialism won the prize.