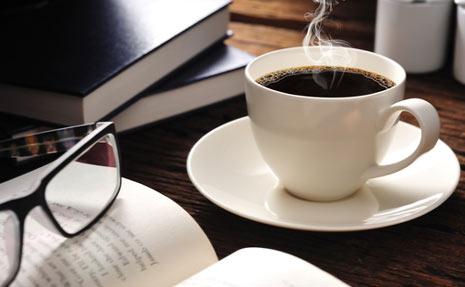 Summer mornings are great.  Sunlight is peering through the windows announcing a new day.  The coffee maker sits anxiously awaiting my pushing the button.  The reading chair is all ready for my morning venture.  As Matt Perman has said, “The most important principle for being productive is Bible reading and prayer, before the day begins, every day.” When that is done, I turn to the ever increasing, sometimes dangerous high and tilting, stack of books to be read, scanned, started, or just handled.

Here are some of the current and upcoming reads: 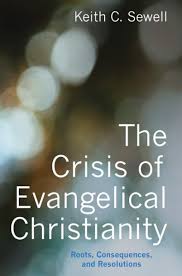 I am currently reading Keith Sewell’s new book The Crisis of Evangelical Christianity, published by Wipf and Stock Publishers.  On the publisher’s website, the book is listed as “history.”  It is that, but more.  It is also a theology work and an examination of contemporary Christianity.  But things never just happen, for they are all results of historical processes.

From the title, one might have two questions.  First, why “crisis”-singular, rather than “crises”-plural?  There are many problems within Evangelical circles and many books detailing the problems.  George Barna created a cottage industry of books detailing views, trends, and attitudes within the circles of professing Christians, many of which are troubling.  Second, if there is a single crisis, what is it?  Ask me that question next week when I am deeper into the book.

Dr. Sewell, with whom I have corresponded on several occasions, offers these reflections from a strong vantage point.  He was born and raised in Great Britain, then he taught history for some years at Dordt College in Iowa, and after retirement, he moved to Australia.  His church affiliations have included the Church of England during his upbringing, was part of Reformed churches (of Dutch variety) during his years at Dordt, and  now worships with Anglican Parish Church in Australia.  His labors and travels have also taken him to other parts of the world, particularly areas that have connections with the British Empire.  Also, Dr. Sewell has written a book on the overly ignored Christian historian Herbert Butterfield.

In the opening chapters, Sewell deals with the interaction (sometimes more a reaction) of Christianity with the prevailing philosophies of the Greco-Roman world, meaning primarily Platonism, and the different approaches to Scripture’s authority within the branches of the Protestant movement during the Reformation.

This book is challenging.  Warning:  Don’t drink de-caf coffee while reading this.  I will post an update on this book soon.

Know the Bible Now is published by Concordia Publishing House.  Concordia, to no surprise, is a Lutheran based publisher of books, commentaries, Bibles, and study helps.  I am certain that they will be unveiling quite a few great works next year during the 500 year anniversary of the Reformation.  While they target conservative Lutherans, they publish quite a few works that are useful for people who designate themselves as Reformed, Anglican, Baptist, Evangelical, or the simple word Christian.

This book is very basic, very much aimed at young readers or people new to the Bible, and helpful for people needing, as the sub-title indicates, a visual overview of the Bible.  In other words, this book is probably needed by the people who sit on both sides of you and on the rows in front of and behind you at church, and you probably need it too.  Just yesterday, Sam Murrell, a preacher and teacher in a Christian school, and I were talking about how little basic Bible knowledge many children have who have grown up in church and who attend Christian schools.  We are better at swearing on a stack of Bibles than demonstrating a simple knowledge of the Bible.

This book is full of charts, short Bible selections that capture big themes, and well done art.  If there were no other recommendation, the fact that Paul Maier, a fine author and editor of Christian works, has written the foreword to the book.

B & H Publishing Groups is one of the best Baptist publishing houses around today.  Like Concordia, they do a wide range of books and materials aimed at a particular segment of the Christian community, but still really useful for the greater Body of Christ.  I recently read The Unquenchable Flame: Discovering the Heart of the Reformation by Michael Reeves and am now about one-third of the way through Theology of the Reformers by Timothy George.

Reeves’ book is recent, introductory, and brief.  George’s book is a 25th Anniversary reprint (which came out in 2013), more advanced, and nearly 400 pages long.  As stated earlier, next year–2017–marks the 500 Year Anniversary of the Protestant Reformation (assuming we can agree on it “beginning” with Luther’s tack and hammer event in Wittenberg).  If Bible illiteracy is a problem, as indicated in the review above, historical literacy is a greater problem.  If there is a crisis or many crises in the evangelical world, as indicated in the first review, those crises are only going to be understand by some serious historical reading.

I hope to use Reeves’ Unquenchable Flame in my Modern World Humanities course.  It is the best overview of the Reformation I have read in recent years.  For the student, it is a great introduction, and for the teacher, it is a great review, and for a class, it is a fine overview.  From the introduction by Mark Dever (a selling point for anyone who knows his work) to the body of the book, this work is highly favorable to the Reformation.  But it recognizes flaws, faults, and failings as well.  The Reformation is complicated, and historians can ask whether it was successful, necessary, over, or still going on.  But students have to begin with the basic information.  Start here if you have not read on that portion of Church and World History.

Timothy George’s Theology of the Reformers is a book I would assign if I were teaching a college level course on the Reformation, the 1500s, the Modern World, early modern Europe, or church history.  I would sneak in a recommendation for it if I were teaching on a number of other unrelated topics.  This book has chapters of 50 plus pages in length–mini-books, in other words–on each of the Reformers.  The first long chapter in this book, corresponding to the first short chapter in Reeves’ work, is on the Medieval world prior to Luther and Calvin.  While each of the chapters provides biographies of the Reformers–Luther, Zwingli, Calvin, Menno Simmons, and Tyndale–the focus is on the theological views and actions of the men and those in their circles.

I have read many books on the Reformation and the Reformers.  I have many more that I have only scanned or used for reference purposes.  Don’t ask which 2 or 5 or 20 are the most important.  I could not say, but I will say that if a serious student is to have only 2 secondary sources (for I assume all serious students would have Luther’s Bondage of the Will, Calvin’s Institutes, and a copy of the Book of Common Prayer), these two would set them on the right track.

[Is it a tribute to the Methodist Ecumenical Movement of the 1960s that has caused me–a Presbyterian–to be reading from an Anglican with Dutch Reformed affiliations, a Lutheran work, and the work of two Reformed Baptists? ]

One thought on “Reading for the Heart, the Mind, and the Short Distance Between the Two”