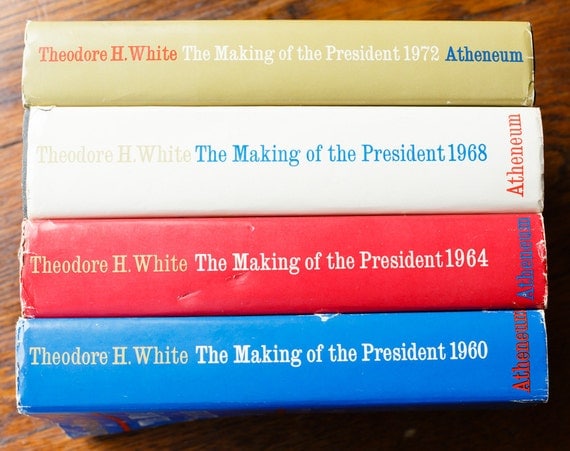 From the sidelines, from a distance, from the vantage point of books, I have been studying and watching and reading about politics nearly all my life.  The evenings back in the late winter and early spring when the Presidential Primaries were taking place were to me like Monday Night Football to other people.  I have to take care not to do my morning devotionals on Realclearpolitics.com.

This is not normal, and neither am I, and certainly this political year is not normal.  Democrats do not nominate aging re-runs.  They stopped that trend back in 1960 when the meagre forces for nominating Adlai Stevenson for a third time fizzled out.  Republicans don’t nominate businessmen with no political experience since the “Win With Wilkie” signs from 1940 were torn down.

The two parties are nominating candidates with more baggage, more negatives, more damaging sound bites, and more scandals than ever before.  Plus they are nominating the two old candidates.  To my total surprise, I will once again have a choice (?) of voting for two people older than I am.  I thought those days were over.

Imagine this–if you know enough about political history to chime in with your thoughts–this election year would be something like the 1960 Kennedy-Nixon race being held in 1984.  In 1960, Kennedy and Nixon were both young Presidential candidates.  In 1984, both would have been hovering around the 70-year old mark.

In 1960, Nixon was a bit tainted with hints of scandal and character flaws, but by 1984, the Nixon legacy was thoroughly tarnished as a result of Watergate, the profane Presidential tapes, and a number of other blemishes.  In 1960, Kennedy looked young, healthy, tan, and intellectual.  For about 30 plus years after his death, many Americans maintained a combination romance/bromance with the legacy of Camelot.  JFK was a filthy talking, perverse, immoral, reckless, and sick man.

Imagine, however, if it were 1984 and the Republicans nominated an aging Nixon that we knew was crooked, scheming, and devious.  Imagine that the Democrats nominated an aging and very unhealthy Kennedy that was known for his mistresses, Mafia connections, lies, and deceit.

Unthinkable, and yet, we are seeing the two most flawed candidates in political history being nominated.  (Attention:  James G. Blaine and Lyndon Johnson, your historical-political makeover is now underway.)

That is my first, and unoriginal, political point.  Here’s my second:  Hillary’s “damn emails,” to quote Sen. Sanders, continue to gnaw at her flimsy political capital and haunt her campaign.  It is a moral disgrace that the Democrat Party has been frolicking in the park, happily voting for Hillary in the primaries, feeling goosebumps over nominating the first woman for President, and haven’t registered a single troubling doubt about this scandal.  “There was nothing criminal,” they say, and thus ignore what the FBI chief did say over what he didn’t do.

With the reminders of Bill Clinton’s moral infidelities and abuse of women, with the Benghazi fiasco, with the troubled Obama administration, with the Clinton Foundation’s corruption, and with flip-flops on all manner of issues, Hillary can bark like a dog and win Democrat votes.

The Republicans have been given a most enviable race to run.  Unfortunately, they squandered a half dozen or more good and decent candidates to pick the worst candidate in their history.  And yet, I am slowly being convinced that he might just win.

I also find myself unable to vote for Trump.  Believe me, Trump can do a little bit to change my mind while Hillary can harbor hope of making me a Trump voter.  But I think Trump will be devastating to the Republican Party, the Conservative Movement, and the nation.  I also think he will govern erratically by veering both to the extreme left and the extreme right on occasion.  Whether he will surround himself with wise men and women and heed their counsel can not be known.  His entourage of political allies, such as Crazy Sarah Palin, Chris Christie, Mike Huckabee, misguided Ben Carson, and Newt Gingrich doesn’t give me much hope.  (Governor Mike Pence is a step in the right direction.)

Trump’s positions on issues, his stupid tweets, his awful debate performances, his horrible lifestyle, and his concealed tax returns all prevent me from re-uniting with the party I supported since I first voted for a President in 1976 (Ford, Republican, although I preferred Reagan, whom I supported in the Texas primary that year).  Trump has made statements that I felt certain would capsize his campaign.  Most seem to have either done no damage or maybe even won him more support.  Even though I never felt comfortable supporting Ted Cruz, I did give him my affirming nod after Marco Rubio dropped out of the race.

But when Donald Trump implied that Ted Cruz’s father was associated with the Cubans behind the Kennedy assassination, I boiled over.

So, for the fourth point:  If I don’t vote for Trump (and certainly not for Hillary), does that mean that my vote is actually helping Hillary win?  Concerning this, there are good reasons to vote for a particular candidate as a way of preventing a worse candidate from winning.  We often refer to it as voting for “the lesser of two evils.”  I remember a fellow in college named Ellis Mills, long since forgotten, who referred to it as voting for “the evil of two lessers.”

What really matters most in the upcoming Presidential election is not who I vote for, but what state am I living in.  Often, Americans get irritated at the Electoral College.  It is theoretically possible, for a candidate to win the eleven largest states by one vote each and win the Presidency even if that person loses all 39 of the other states by huge margins.  More specifically, if only one person in each of those 11 states voted on election day, those 11 people could offset the wishes of millions of other voters. 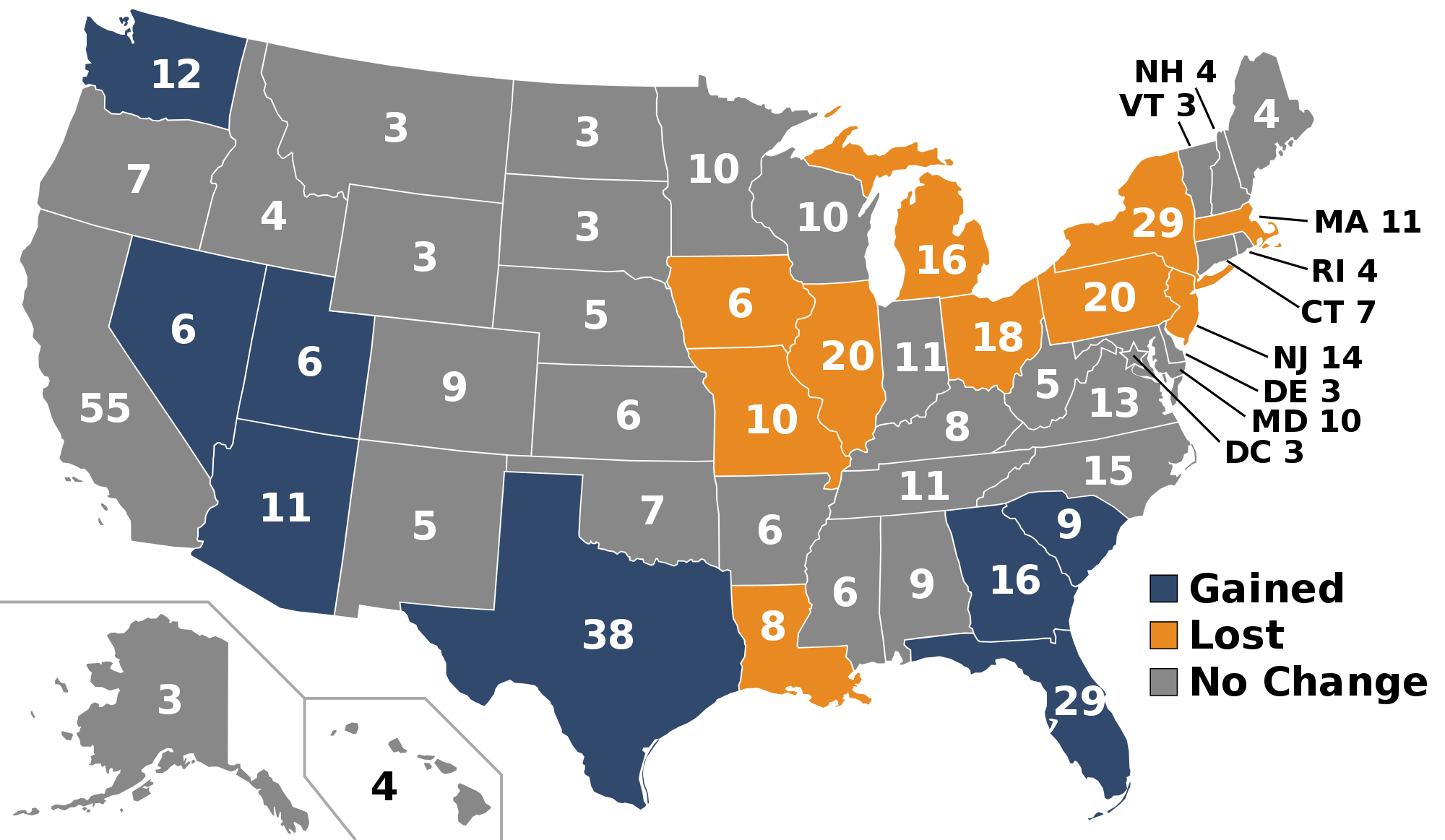 While that wildly hypothetical possibility exists, it is a weak argument to use against the Electoral College.  Read George Grant’s excellent book on the topic.  We can discuss the details later.

I live in a Red State–Arkansas.  That means that Arkansas votes for Republicans at the national level.  It was one of the last southern states to get in line with the Republican Party.  The days of the Solid Democrat South, of the Yellow Dog Democrats, and of the one-party south are over. The bibliography here is extensive, but a fun starting place is the book The Natural Superiority of Southern Politicians by David Leon Chandler, a good but terribly outdated read.

Arkansas squeaked toward the Republicans in 1980 when Reagan was running.  Before that, it went for Johnson (Democrat) in 1964, George Wallace (independent) in 1968, Nixon (Republican) in 1972, and Carter ( a southerner and Democrat) in 1976.  Since then, it turned to Republicans except when its own child-prodigy Governor Bill Clinton ran in 1992 and 1996.

Four years ago, evangelical based Arkansas went overwhelmingly for Morman Mitt Romney.  (Remember how the media said that evangelicals were too narrow minded to vote for a Morman?)  Two years ago, in the mid-term elections, Republican Tom Cotton trounced incumbent Senator Mark the Lackluster Pryor even though Pryor was from a prominent Democrat family.

Here is the final and key point:  If Hillary Clinton and her campaign has any chance of carrying Arkansas, Texas, Louisiana, or Oklahoma (and we could add some more southern and western states to that list), the race is over.  If Hillary and her cohorts are devoting time, attention, expensive television ads, and staffing to trying to pick up a state as Red/Republican as Arkansas, she already has the Presidency won.

All Hillary has to do is hold MOST of what Obama won against Romney in 2012.  President Obama won 332 electoral votes to 206 for Romney.  That means that Hillary could lose two large battleground states, such as Florida and Ohio, and still have a safety net of 15 electoral votes.

By the way, for Hillary to win the popular vote will be even easier with the large popular vote in states like California and New York going Democrat.

If Hillary can pull even in just one slightly red state, and the two more likely candidates are North Carolina and Georgia, it will be a hard race to win.

I think she is beatable, but only slightly so.  Her scandals, record, views, and obnoxious personality matter little to most rank and file Democrat voters.  The demographics favor her.  If I lived in Florida (nice thought) or Ohio (hmmm), I would have reason to worry about my vote.

That’s politics.  The books shown above are all good.  But one might do better to read other books on politics.  Theodore White’s series on the Making of the President were good reads in their day and are still worthwhile.  Robert Caro’s volumes on Lyndon Johnson are outstanding, and Edmund Morris’ 3 volumes on Theodore Roosevelt are unsurpassed, unlike his failed effort at writing about Ronald Reagan;

Here are just a few more favorite books on politics: 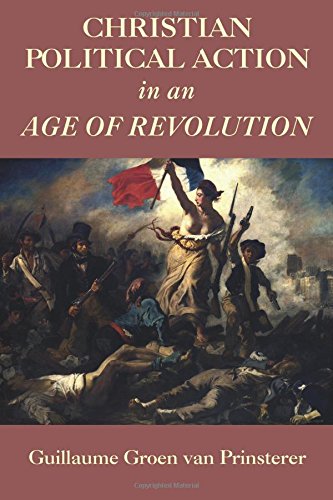