Most of my reading and teaching of history has been focused on American history.  As many of my students learned through the years, the War Between the States eclipsed every other historical event before and after the 1860s.  But that has not been the only “specialization.”  Twentieth century history–American and European–has been a favorite topic.  Regarding Europe–and appropriately on this Reformation Sunday–the Protestant Reformation has been source of many reads and lectures.  Both World Wars are consuming topics of interest, as is political history.

As a person gets older, he realizes not how much he knows, but how little (and maybe how much he has forgotten).  With teachings on Ancient History, the Bible, British colonialism, the desert war in World War II, and American political history, the Middle East has always been there on the horizon.  Of course, any cursory glance at news and current events over the last decades is often dominated by events in the Middle East. Yet, the area, the region, the cultures, the dynamics, underlying problems, and other aspects of the Middle East has never been a prime focus or specialty.

Several times I have read George Grant’s book The Blood of the Moon: Understanding the Historic Struggle Between Islam and Western Civilization.  That book, which was revised back before 9/11/2001 is a good introduction and primer to some of the issues–cultural and religious–that define Islamic culture.  With a mere 200 plus pages, all that book can do is open the door to understanding the basic worldview differences between Islam cultures and those of the historic Western and Christian tradition.  As always, Grant has plenty of sources in the bibliography for further study.  Having listened to a few of Dr. Grant’s lectures on the Middle East, I wish he had the time to add another dozen chapters to this book.

Earlier this year, I came across a book titled The Mirage of Peace: Understanding the Never-Ending Conflict in the Middle East by David Aikman.  The copy I stumbled upon was a nice used copy, but I initially hesitated in buying it.  First concern was whether the book was too outdated.  Since many works on the Middle East are more journalistic than historical, there is a problem with reading extensively on the Mubarak regime in Egypt and thinking that is the current situation.  Second, I am embarassed to admit this, but I often don’t trust Christians who write on world political events, especially on the Middle East.  I wondered if the book were another Middle Eastern Armageddon prophecy alert.

I read up a bit on the author, David Aikman, and learned that he is a history professor.  Then I read some reviews of the book.  A few people criticized the book for being too much of a Wikipedia-type general information source.  Those criticism actually convinced me to get the book because basic information was what I needed.

I really enjoyed the book and found it a worth-while read.  While I have some understanding of the differences between Iraq and Iran, there are many Middle Eastern countries that are simply places on the map.  What is the difference between Jordan and Syria?  Omar and the United Arab Emirates?  This book contained brief histories of the region, the individual countries, and key leaders.  Since it came out in 2009, it could use a revision and updating, but I think at least 95% or more of the book was still on track.

This book was an incredible introductory course study for me and a good follow up to Dr. Grant’s more basic primer. 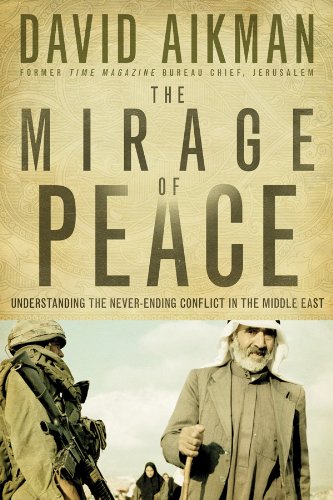 Some time later, when I came across Stephen Mansfield’s book The Miracle of the Kurds, there was no hesitation in making the purchase.  I have read several of Mansfield’s books and also enjoy his ability to write popular history.  And, I knew something about the Kurds from following George Grant and Servant Group International.  Some years ago, that mission organization began a school called Classical School of the Medes, which is a thriving Christian school that teaches English and other subjects from a classical Christian perspective.  It was no surprise when Mansfield, who lives in Nashville, Tennessee, included a portion in his book about his Franklin, TN neighbor George Grant.

The Kurds are an amazing people.  They have no nation-state and were brutalized by the Saddam Hussein regime.  But they have endured and actually prospered.  While the population is Muslim, they are not radicals and are not interested in importing or exporting terrorism.  Many have come to the United States, and it was because of Kurdish contacts that Mansfield got interested in them.

He did not write about these people from the luxury of a safe home in America.  He traveled to their land and has taken time to learn their ways and their culture.  It is easy enough to see people with darker complexions wearing turbans and to assume that they are all one monolithic folk.  But this book reveals a beautiful and hardy culture that has endured horrific times, but has prospered with only a sliver of opportunity. 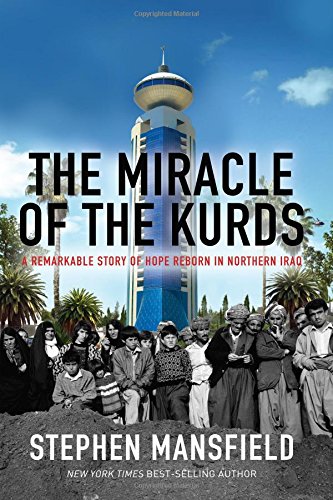 My most recent read on the Middle East was The Peace to End All Peace by David Fromkin.  Finding a nice, used, cheap paperback caused me to buy the book.  (Being paperback was a negative, but it only cost a dollar.)  I thumbed through the book a bit and then started reading.  Being a book of over 600 pages, I knew it would take some commitment.  But the book is highly readable and has the additional benefit of many very short chapters.

This is an outstanding book.  It covers the time period from the decade or two before World War I (1914-1918) up to 1922.  The key country the book focuses on is Turkey, or the Ottoman Empire.  Most studies of World War I relegate Turkey’s role in that war, and that is a reason why this book and its focus is so important.  There are a host of political and military leaders who play key roles in this story, including David Lloyd-George, Winston Churchill, T. E. Lawrence (“Lawrence of Arabia”), Kemal Attaturk, Mark Sykes (of the famous Sykes-Picot Agreement), Georges Clemenceau, and many others.

My brain doubled in size while reading this book.  For better or worse, I would fail a test over it because I really need to read it again and begin nailing down the contents.  This book, as the subtitle notes, details the “creation of the Modern Middle East.”  British attitudes about Arabs and Jews were revealing.  Also, there was a passing reference in the book to fears among the Allies that German Jews would be dominant in the future politics of that country. (Boy, did that miss the mark.)

I never realized that while the United States entered into World War I, we were never at war with Turkey.  This was in part due to trying to protect American missionaries and businesses in the Ottoman Empire.  Prior to this book, my best source on the Arab revolt was the classic movie Lawrence of Arabia.  Without detracting from that outstanding film, one has to separate Hollywood from history.

Oil, the British Empire in India, Russian interests in the Middle East, Greek conflicts with Turkey, the Jewish question, the Saud family, and many other topics cross the pages of this great book.  It is one I truly plan on getting in hardback and reading again.

There are a few more books that I have picked up as I continue to piece together a better understanding of the complicated, crucial world of the Middle East.

Future reads and surveys include: 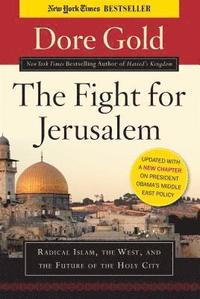 The Fight for Jerusalem: Radical Islam, the West, and the Future of the Holy City by Dore Gold

And Then All Hell Broke Loose:  Two Decades in the Middle East by Richard Engel