And yet, these are titles that I, in this most brazen, shocking, and revealing list, shamefully admit that I have not previously read.  I have the list written down with additions being made to it often.  It is highly guarded, and even Julian Assange and the Russians cannot get to it, although both have tried. I am only revealing the titles as I either get well into the books or have completed them.

My first entry was Treasure Island by Robert Louis Stevenson, and I can now rest at ease knowing I have read it.  My second entry was Edward Gibbon’s Decline and Fall of the Roman Empire.  I have given myself a year to work on this massive book.  Although, it has been pushed aside in recent weeks, I have made it well into this long trek of Roman history.  I am not concerned as long as I keep knocking out a chapter here and a chapter there. 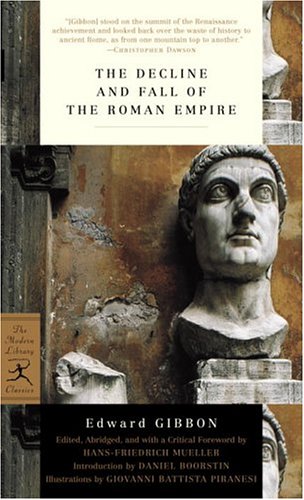 My latest entry and completed work is Heart of Darkness by Joseph Conrad.  The edition that I read consisted of both Heart of Darkness, a novella, and “The Secret Sharer,” a short story.  I first read “The Secret Sharer” in high school.  I kept remembering a picture in the high school literature book as I was reading the story recently.  I don’t remember caring for it then.  It is possible that I read Heart of Darkness in college.  If I did, it certainly didn’t make an impression.  Since I am so lacking in understanding these two Conrad works, it is fair to count them as my latest Wall of Shame triumph.

Let me say a bit about the reading experience.  Joseph Conrad’s writing eludes me.  I read one of his works just a few years back twice to understand it.  That work, in the edition I read is called The N-Word of the Narcissus.  That edition was produced by my e-friend and Christian scholar Ruben Alvarado.  He published the work with the modified title in order to get people to read and use the book which is often pushed aside because of the offense of Conrad’s title.  Some criticized Alvarado for making the change and accused him of censorship.  That was wrongful because the book is still in print under the original title, just as epithet used to name Jim in  Mark Twain’s Huckleberry Finn and Flannery O’Connor’s story “The Artificial N-Word” (my modification) are available without change.

I reviewed The N-Word of the Narcissus along with Melville’s brilliant short book Billy Budd in a previous review found HERE. 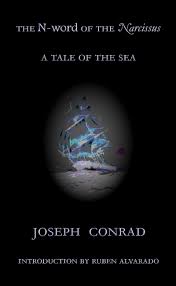 Heart of Darkness appealed to me because it is highly regarded as great work.  The very title calls attention to the great Christian truth of man’s sinful heart.  And, it is a short work of some 70 pages in the edition I read.  I have heard that it is frequently assigned in high school or college classes, although I don’t recall hearing anyone talk about the book.  After reading the book, I learned that it is listed as #67 on the Board’s listing and #43 on the Readers’ listing Modern Library Best 100 Novels.

In starting the book, however, I made a major beginning blunder.  I read from the book after I finished all my other evening readings.  Contrary to myths–perpetrated by both friends and enemies–I don’t read all the time.  I am glad if I can get to bed early enough and stay awake long enough to read for an hour.  Near the end of those reading jaunts, which usually include enjoyable histories and dessert readings (like espionage and spy fiction), I am increasingly sleepy and mentally incoherent.  Conrad and sleepiness don’t mix.

I found myself stumbling through Heart of Darkness lost, confused, bored, and uninterested.  Here is a key point:  When you read a book that is considered a classic, and you don’t like it, assume very humbly that you–and not the book–are the problem.  I kept asking myself how this work could possibly be assigned to high school students.  Thankfully, I finished it.  I would have made a failing grade if I had been given a test over the content.

So, here is the next point:  I searched and found some wiser people to talk to about the book.  Thanks to the Internet, you can find these people quite easily.  I often look at such things as the reviews on Amazon.  Granted, some reviewers are pathetic.  The person who write, “i didnt finish this book because it was to boring” doesn’t get my attention.  I sample a few 5 star reviews, 3 star reviews, and some half-way intelligent 1 star reviews.  Sometimes, the 1 star reviewers convince me of the worth of a book because of the reasons for their dismissal of it.

Even better than the Amazon reviews are the comments that Goodread members put on that web-site.  I don’t worry about “spoilers” because classics are not to be read to find out “who dunnit.”  They are read to see how the story is done, not just what happens.  This is not an absolute rule, but be aware that in the case of Heart of Darkness, the action is pretty well muted.  The high point of the story–and here is the spoiler–is when a character says, “Mistah Kurtz–he dead.”

After I scanned what the readers had said on those two sites, I went to some on-line summaries.  I love Spark Notes.  I have never understood how they could be read in lieu of reading a book, but I love them as checks and clarifications on what has been read.  I usually focus more on the description of what has happened in the book rather than the analysis.

Back to Heart of Darkness.  I read the book and didn’t understand it.  I followed up that failed reading with then going to the story “The Secret Sharer,” which I thoroughly loved.  Two possible problems were eliminated:  The problem was not that I could not read and understand Conrad, nor was it that Conrad was unreadable. So, I was ready to pick Heart of Darkness back up.

The first reading had acquainted me with much that I was now reading in the book.  The on-line sources helped me get some part of the plot and the characters straightened out.  Reading while I was alert was a key factor in my second reading.  I will add another distraction.  During the first reading, I was also trying to get into another difficult book.  Two frustrating books at one time does not make for a good combination, so I put the second book aside.

Upon finishing Heart of Darkness, I am able to concur that it is a rich, deep, still challenging, but good book.  In no way am I finished with the book.  I still have two major Conrad books that I simply must read at some point.  Conrad himself still has not achieved a ranking among my favorite authors.  I don’t know enough to know whether the fault is Conrad’s or mine–although I suspect the latter.

In the book Why Read the Classics, Italo Calvino says, “A classic is a book that has never finished saying what it has to say.”  The discussions on Heart of Darkness focus on such issues as civilization–with the surprising similarities between the darkest most unsettled regions of Africa and civilized England.  Perhaps the book is a critique of imperialism, which may be a past phenomenon but yet remains and impacts our world in other ways.  Perhaps it is more a psychological study of human nature and the heart itself. The question remains of why Mr. Kurtz could be so talented a man and one with so much potential who yet has a heart of darkness. The journey down the river in that book certainly seems to echo the journey we are all on.  I sense another reading–sometime later–of this short, but rich book.