Charles Dickens crowds himself into an already full array of British authors whose works dominate the thoughts and language of every culture and clime that the British Literary Empire has reached.  Christmas season itself is incomplete if there is a not a reading or viewing of Dickens’ Christmas Carol.  His name has become an adjective, even if it is an awkward one.  Certain stories, images of villages, and types of writing are described as Dickensian.

It is hard to believe that the man himself lived only 58 years.  Just looking at the incomplete works of Dickens published by the Oxford University Press is daunting.  Most aspiring novelists (and disgruntled bloggers) would love to have written just one book as good as the best known of Dickens’ works.  He pumped out lengthy books year after year and worked at an incredibly pace.

So far, I have said nothing new or particularly interesting about Dickens himself.  Yes, there are detractors.  Certainly, his vast array of odd, sundry, weird, lovable, hateful, and surprising characters is astounding, but it is hard to put his literary folks on the level of those of a Faulkner or Dostoevsky.  He was writing to sell and not writing to discover great truths.  He was, perhaps, a crowd pleaser.  And he was wordy.  Again, look at the Oxford collection.  His maxim seems to have been, “Never use 10 words to say something if 45 words will do.”

I have often read of the well-read people who “read all of Dickens” when they were growing up.  I was not one of them.  I don’t think we had a Dickens book in our house.  (We subscribed to Readers’ Digest and The Texas Horseman magazines, and we had an unread copy of None Dare Call It Treason.)  I was aware of A Christmas Carol, but first read a Dickens’ book in ninth grade.  The book was A Tale of Two Cities, which I did not like until we got to the truly exciting conclusion.  If I had had any sense, I would have reread the book then and there, but instead, I waited for years before I began rereading and teaching that book.

Somewhere along the way, I read Oliver Twist and then moved on to Hard Times.  I also read A Christmas Carol on more than one occasion, along with a few other shorter selections of Dickens.  As is obvious, I am a lightweight in the area of Dickens.  I know enough to nod intelligently when the subject comes up, but I know that under the bright lights, with a good cop/bad cop interrogation, I would break rather quickly on the topic of Dickens.

I have managed to read a few things about him over the years.  I read a short biography which was useful, and I found the book God and Charles Dickens: Recovering the Christian Voice of a Classic Author by Gary L. Colledge incredibly convincing.  I also picked up copies of such Dickens’ biographies as the ones by Michael Slater and Peter Ackroyd.  At a Friends of the Library Sales and other bargain hunts, I picked up copies of

At Friends of the Library sales and other bargain hunts, I picked up copies of What Jane Austen Ate and Charles Dickens Knew by Daniel Pool and The Victorian City: Everyday Life in Dickens’ London by Judith Flanders.

But having books by and about an author does not guarantee familiarity with the author.  A book owner can be just as uninformed as the guy next door with only a copy of the manual for his big screen television.

During the past year, I have been going through the painful process of revealing–step by step–my wall of shame.  This has reference to books that any person in my situation should have long since read and mastered.  The first book, Treasure Island, cost me lots of friendships, opportunities, and social events.  “I can’t believe that he had never read that book until now,” I would overheard people saying in the store as I passed by.  The second, The Heart of Darkness by Joseph Conrad,  did not have as bad an effect.  Some who read it confessed to not liking it.  The third, Gibbon’s Decline and Fall of the Roman Empire, is still a work in progress and will be continued in 2017, but who knows when or if it will be finished. 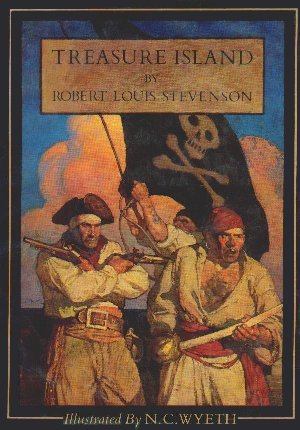 Now, I can reveal that I have read yet another book that should have been read at least 20 years ago and maybe even 40 years ago:

It is easy to make jokes about this:  “Did you have great expectations about this book?”  The answer is, “Yes.”  I must confess, once again, that for a couple of hundred pages in the middle, I was asking myself, “Why this book is so highly esteemed by such people as Dr. Leland Ryken?”  But the rule for a classic is to stay quiet and keep reading.  I benefited from an on-line source that cleared up a few things along the way that left me confused.

I hope to erase a few more shameful pages from my life by reading another Dickens novel or two over the next year.  Until then, I will soon begin the next Wall of Shame reading venture.

If there happens to be anyone out there anywhere who has not read Great Expectations–and I doubt any such person exists–you are in for a treat.