At some point….No, at many points in the reading and learning process, we realize that however old, well read, and educated we think we might be, we are just kids playing at the beach.  We have only seen and experienced a infinitesimally small part of the great ocean of knowledge.  We not only don’t know much.  We cannot even grasp how much we don’t know.  Nor do we possess the time and ability to know what we would like.

I say this in the light of some recent readings that create several reactions, often at the same time.  I enjoy the books, but feel overwhelming frustration at not knowing enough, remembering enough, and incorporating enough of what I am reading.  Like the kids in the picture above, there is the place for just enjoying the little bit of ocean and beach you can see and experience.  Comprehending the vastness of it all is more than is possible.

The vastness of knowledge is one of the recurring convictions I have had while reading Bradley Birzer’s biography of conservative author, columnist, and social commentator Russell Kirk.  This book–Russell Kirk-American Conservative–won The Imaginative Conservative‘s  2015 Book of the Year Award and the Intercollegiate Studies Institute (ISI) the 2016 Henry and Anne Paolucci Book Award.   I have been reading this book off and on for several months.  Due to events surrounding the death of my father in December and the Christmas season, the book was sidetracked for a time.  The main delay in getting it finished is that this is not a light and breezy run through Kirk’s life.  This, just like Bradley Birzer’s biography of Christopher Dawson, is a serious intellectual engagement with the ideas, people, and circumstances that made Kirk’s life and thought what it was.

Along the way, I have detoured at times to read some of Kirk’s political writings and some of his ghost stories.  I also have picked up a few books by authors that influenced Kirk.  This is not a late night page-turner, but a book calling for a notepad, a pocket full of money to buy books mentioned in this biography, and strong coffee.

Over the last several nights, I have read about some of the conservative thinkers who influenced Russell Kirk and were friends and peers.  These included Leo Strauss, Wilhelm Ropke, William F. Buckley, Flannery O’Connor, Robert Nisbet, T. S. Eliot, and Ray Bradbury.  Conservatism is far more and is far deeper than what one hears on the so-called conservative radio.  In fact, most of the radio conservatives are not at all rooted in historic conservative thought or even in recent conservative thought.

Russell Kirk sparred with other conservative thinkers over issues I can scarcely follow.  Is my own conservatism Burkean or more rooted in the American Tradition?  I am not sure and suspect that neither answer would explain my ways of thinking or limits of thought.  But Russell Kirk was driven by a set of beliefs and ideal articulated in his books, starting with The Conservative Mind.  That book, by the way, went through several revisions as Kirk himself re-evaluated his own thoughts about conservatives from the past.

Kirk had the ability and inclination to be a desk-bound academic scholar with a focus on conservative thought.  But he was also politically active.  Like many in the conservative movement of the past generation, he got heavily involved in the disastrous Presidential campaign of Sen. Barry Goldwater.  Unlike many, he was not deflated by Goldwater’s landslide loss.  He foresaw what others only realized when the same conservative agenda proved successful in 1980 with the election of Ronald Reagan.  Not surprising, Kirk had the highest regards for Reagan as a man and President.

What is surprising is that Kirk was very broad-minded in his appreciation of various political figures.  He had the highest admiration for certain libertarians, with whom he differed on details, and even with liberal Democrats such as Vice President Hubert Humphrey and Sen. Eugene McCarthy.  For Kirk, character trumped even ideology.  I suspect he would have found our recent political year quite distressing.

Additional note:  A few nights ago, I learned about poet and intellectual T. E. Hulme, who was a big influence on T.S. Eliot and who was killed in World War I.  Perhaps I have heard or read of Hulme in the past, but I am not really aware of him.  Yet, he was a brilliant thinker whose life was cut far too short by the war.  This book is full of the key figures along the way who either  were friends with Kirk or people who influenced him.  This book is an intellectual journey. It is the biography of a key conservative who was involved in both the intellectual and political movements called Conservative or Conservatism.  But being a good biography, it is also a picture of the greater culture within the conservative movement of the post-World War II America.

There are several problems I have with his books:  First, I never want them to end, and second, every book or author he mentions incites me to want to read everything Schall has read. To make it easier (or worse), he usually includes lists of essential books and numerous other recommendations for readings. Dr. Schall is now in his eighties, but he is still delivering lectures on his favorite topics.  He loves books, ideas, philosophy, and the life of a scholar.  He quotes Plato extensively and opines that he would love to just read and teach Plato.

If he confined himself to Plato, however, we–his readers–would miss all his comments, insights, and quotes from Samuel Johnson, Seneca, Shakespeare, Aquinas, and Peanuts.  Yes, that’s right–the greatest minds and thinkers alongside Charlie Brown, Lucy, and company.  The love of this man for books, for his listeners, for the written and spoken word, along with his gentle humor and Christian demeanor make reading him a delight.  But Schall is not always an easy read.  He can challenge, confuse, and slide right past me in one paragraph, and then amuse, enlighten, and excite me in the next.

Going back to the picture and illustration of children at the beach, Schall enables us to both enjoy the day in the sand and surf, but also yearn to know more of the grand ocean.  I will be soon finishing Dolicitas.  Instead of sinking into deep despair, I will be immediately turning to Remembering Belloc.  Imagine that–two find thinkers teamed up–one the subject and the other the author.

Both of the Schall books, plus quite a few other titles by him, are published by St. Augustine Press.

And then there is Augustine.  One of the things I love best about teaching Augustine is that weary feeling of failure after the whole effort.  That might sound odd, but it is like climbing a mountain and each time only reaching some of the lesser, but still splendid, peaks.  The vision from the heights is grand, and yet there is always more to see.  In my classes, we read selections from City of God and I read some portions of Confessions to the class.

Kids don’t often take to Augustine.  J. K. Rowling and Rick Riordan still top the charts for the young readers.  That is okay for now.  I keep telling my students that they are light years ahead of where I was when I was in high school (where I never heard of Augustine) or college (where I heard of, but never read Augustine) or graduate school (where he was never mentioned) or in the first 16 years of my teaching career (where I talked about him some, but didn’t read him).  All I can do is hoist the students up on my shoulders and invite them to see more than I have seen.

Part of my ongoing conversation with Augustine’s works entails gathering around me some first rate scholars.  One of the promising books I have is Gerald Bray’s Augustine on the Christian Life.  This is part of the “Theologians of the Christian Life” series published by Crossway Books.  The whole collection is quite appealing.  This past summer, I read Bray’s book The Church: A Theological and Historical Account and found it satisfying both as theology and history.  I assume this book on Augustine will, likewise, be good.  Note that this book is a conversation waiting to happen. 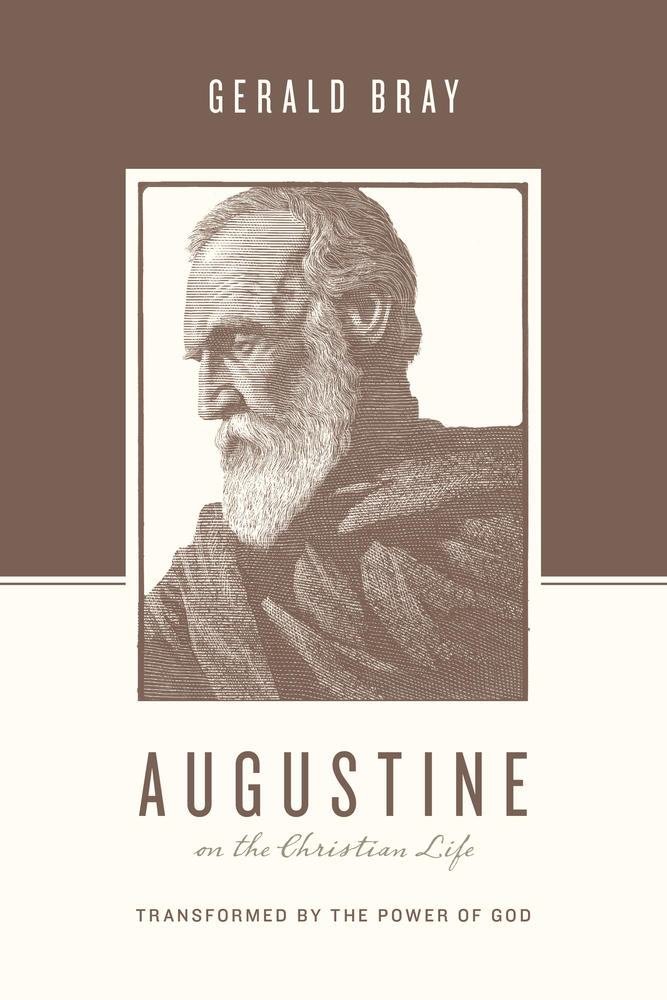 I have read from Augustine as Mentor: A Model for Preparing Spiritual Leaders by Edward L. Smither.  The conversation with that book got sidetracked, but is awaiting a resumption.  It appeals to me due to an interest in the topic of mentoring as well as the focus on Augustine.

A book I studied during the summer is The Conversion and Therapy of Desire: Augustine’s Theology of Desire in the Cassiciacum Dialogues by Dr. Mark Boone.  My previous comments can be found HERE.  This is a weighty and meaty study.  One should note from the subtitle that this study’s focus is on the Cassiciacum Dialogues.  So, to really engage in this book, the reader needs to have Augustine’s works handy.  Feeling like I was missing something (as in comprehension), I felt the necessity of supplementing my collection of Augustine’s writings.  I acquired a volume titled Against the Academicians and the Teacher and another titled Soliliquies: Augustine’s Inner Dialog.

Of course, two older gentlemen gather in the room when Augustine’s name comes up.  They sit quietly in the corner, waiting for me to ask them a question.  They are vital to any collection of Augustinian studies.  I am referring to Peter Brown’s Augustine of Hippo:  A Biography and Charles Cochrane’s Christianity and Classical Culture.

All of this Augustinian world would be challenge enough if that were all I had to consider.  But Russell Kirk is still revealing both his writings and those of his influences, and James Schall continues to make off-handed comments on great classics with the assumption that we should all stop whatever we are doing and read them.

In contrast, simply trying to comprehend the width, breadth, depth, and content of the ocean seems rather attainable. 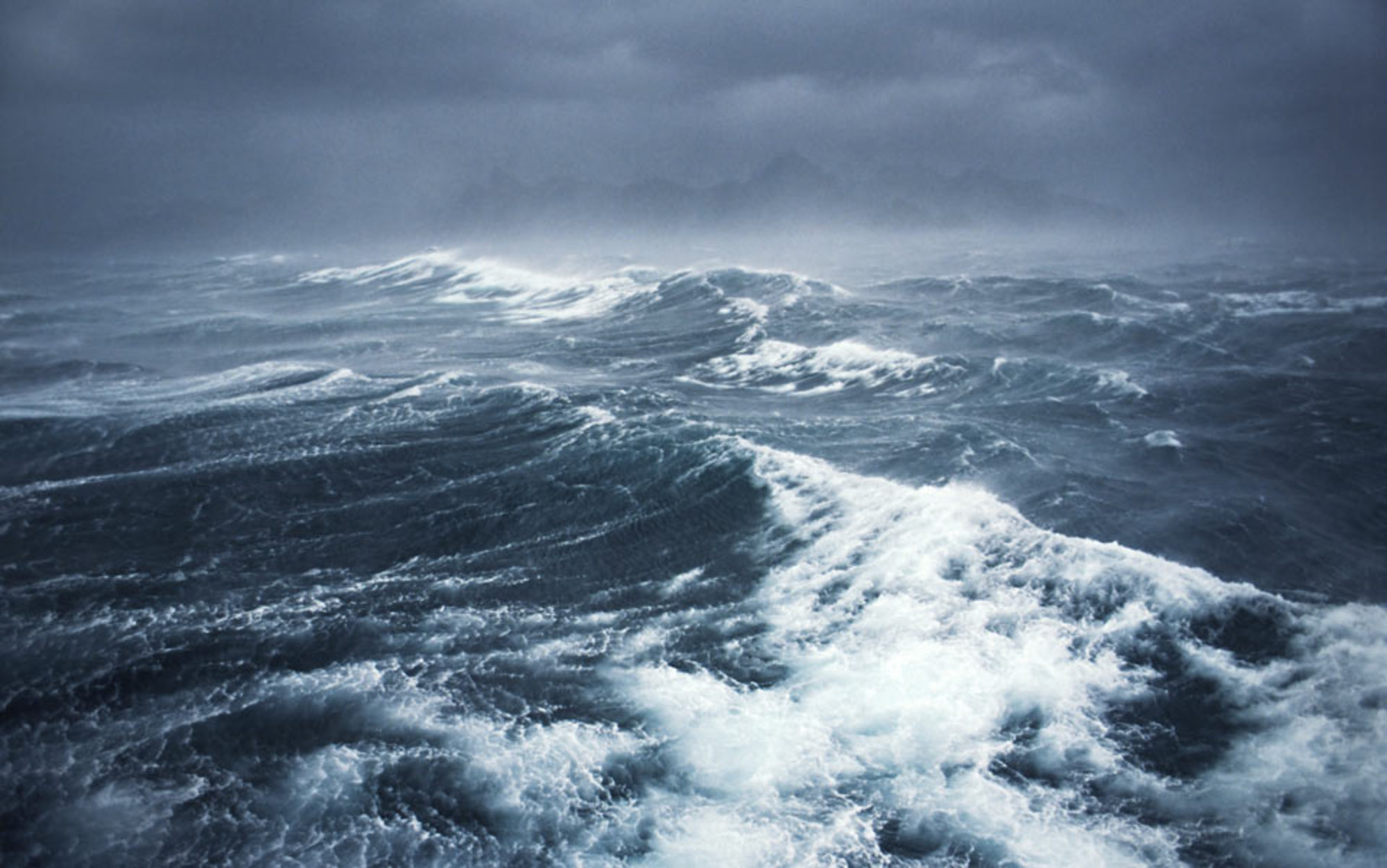