I don’t know which is worse:  Christians fighting Christians, or embracing the idea that we should never talk about politics and religion because it divides us.  Christians must earnestly contend for the faith, and that means apologetic encounters with unbelief, but it also entails butting heads with fellow believers over differences.  Iron sharpens iron, but it does not do so when the two pieces of iron fail to get near each other and “dialog” (I cringe a bit over that word.)

I have been in many a Christian theological brouhaha.  Some were fun, some were mean, some inflicted wounds and causing pain for myself and others.  “Milquetoast for Jesus” is not a good stance to take, but neither is the tendency to see every hill as the place to die on and every difference as the fight unto death.

I am not without convictions.  Most of them are probably immovable due to 1.)  my age,  2.) the life/career/reputation investment I made to obtain those convictions, 3.) the practical benefits of not changing, and, most of all–hopefully, 4.) truly Biblical foundations and reasonable assumptions for those convictions.  I can repeat the creeds in church (Apostles and Nicene) without hesitation.  My biggest problem with the Bible is application, not accepting a total belief and trust in it.  I am more than comfortable with a number of descriptions that define me, such as Protestant, Reformed, Calvinistic, Presbyterian, Evangelical, and Biblicist.  I am deeply appreciative to and much influenced by Presuppositionalism, A- and Post-Millennialism, Theonomy, and more.  I have much admiration for and many take-aways from Abraham Kuyper, Herman Dooyeweerd, George Marsden, Charles Spurgeon, R. C. Sproul, and many others.  I borrow heavily from Christopher Dawson, the Catholic historian, and others from his theological positions.

I think of Gordon Clark and Cornelius Van Til as uncles.  I love both and would fail any major examinations explaining their views and differences.  I think J. Gresham Machen hung the moon.  I believe Jonathan Edwards is even greater than John Piper thinks he is.  Francis Schaeffer, R. J. Rushdoony, and Gregg Singer all shaped my understanding of history and culture, and Greg Bahnsen was a personal friend and mentor.

All of that is said, to introduce my latest and newest Christian friend:  Laurence M. Vance.  Also, I want to call your attention to his many books found on his web-site: Vance Publications.

This connection was started due to my interest in Dr. Vance’s book The Other Side of  Calvinism.  This is a massive hardcover book, heavily documented, that seeks to correct and/or refute what has come to be known as Calvinism or Reformed theology.  In nearly 800 pages with heavy documentation, this book examines both the history connected to Calvinism and the particular doctrines, commonly called the Five Points of Calvinism.

Understand me, I am a Calvinist and have been so since 1976.  I have never wavered, rarely doubted, long since stopped questioning, and have long since felt solidified in this position.  My hall of heroes are largely made up of Calvinists, and I have paid some heavy prices along the way for my theology.  (Blunders and stupid things done in the name of promoting Calvinism on my part–well, that’s another story.) 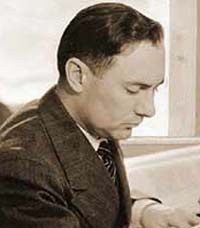 I grew up a-dreamin’ of bein’ a Calvinist
And lovin’ the Calvinist ways
Pursuin’ the life of my theologian heroes
I burned up my teenage days
I learned all the rules of a modern day reformer
Hold on to convictions strong
Just take what you need from the books as you buy them
With the words of a imprecatory Psalm.
My heroes have always been Calvinists,
And they still are, it seems
Gladly, in search of, but one step in front of
Themselves and their theological dreams.
(With Apologies to Willie Nelson)

So why would I want this book?  I am sure that Dr. Vance has gotten plenty of letters, maybe phone calls, e-mails, and other communications desiring to correct him. Quite frankly, I am not interested in that.  He’s a big boy (with the degrees and a number of books that show his scholarship) and, as said earlier, there is a place for the debates, exchanges, and kingdom labors to better hone the truths of the Bible. But such debates are not what I need right now.  If Dr. Vance and I were neighbors, I would hope that we would be seriously talking (and often laughing) together as we sought to take the Gospel to our neighborhood.

I guess I have a hundred or more books to answer things he says, and from glancing at his bibliography, he did not write and later revise this huge book without extensively researching the topic.

Without conceding a single millimeter to skeptics who say we cannot know truth, I do believe that my own capacity to know and understand–to use the Bible and reason as both Loraine Boettner and Laurence Vance contend–is always in need of further labor, refinement, rethinking, repenting, and growing.  As a someone whose life labors consists of teaching, preaching, writing, and endlessly talking, I want to primarily be a listener and learner and not just a mouth.

The issues that divide Calvinists from non-Calvinists (whether they are or wish to be called Arminians is another story) are important.  We are talking about the nature of God and salvation and the revelation of the Bible.  Maybe I have been wrong for many years, although I don’t think so.  Or maybe I have been right but have not properly understood the grounds of what I am right about or how to communicate it.  Maybe, I have over-complicated simple truths and over-simplified complicated truths.

I teach children.  I preach to people of all ages.  James 3:1 says, “Let not many of you become teachers, my brethren, knowing that as such we will incur a stricter judgment.”  Do I dare stand in front of a group without carefully hearing and studying all sides to an issue?  Do I dare assume that agreeing to the Westminster Confession of Faith, which I do adhere to, will get me off the James 3:1 hook?  No.

For that reason, I rejoice in having yet another hefty book to add to the shelves.  But it is one that is not just to give some balance to one end of the theological scale, but one to read, think about, pray over, and consider carefully.  So, thanks to Dr. Vance–in advance (no pun intended)–for your labors to write about your deep convictions.

And as Cornelius Van Til was fond of saying at the end of letters, “Soon we shall meet at Jesus’ feet.”  (Although I hope and pray that “soon” doesn’t mean before I get this and many other books finished and many other earthly tasks completed.)