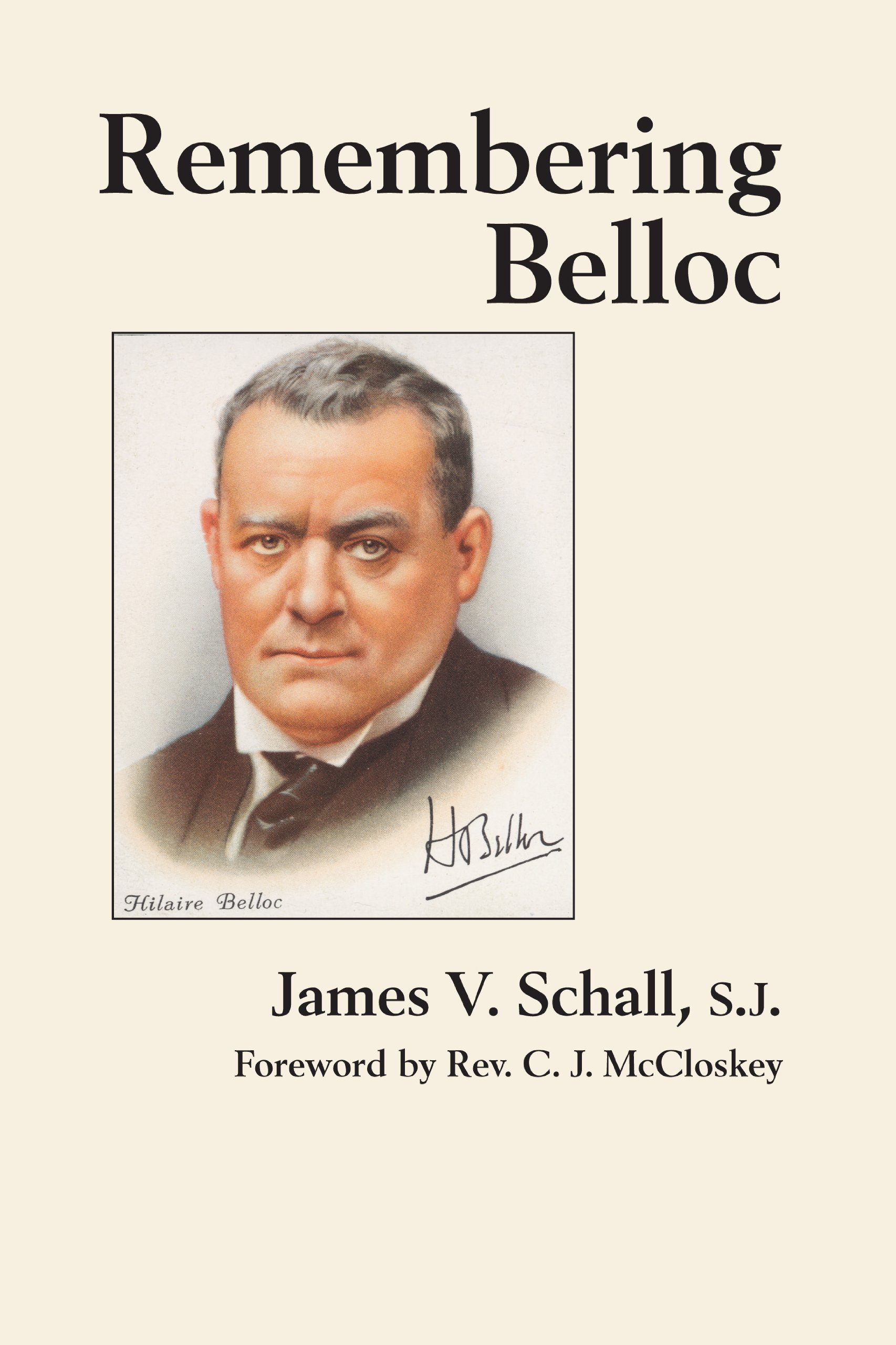 James V. Schall is one of my favorite writers.  Hilaire Belloc should be one of my favorite writers as well.  I will blame Belloc for the distance between us.  He is out there on the perimeter of my reading world.  He is quoted by people I like.  He was a friend and peer to other authors I admire.  He wrote a host of books on a variety of topics.  He has just not intruded himself and elbowed his way past the other writers who have captured my attention.  Lord willing, there is still time, and Hilaire Belloc and I will soon become better friends, much closer, via his writings.

Until that time–soon, maybe–I will rely on Father Schall’s insistence that Belloc is one of the greatest essayists ever.  I will listen as he points to Belloc at the back of the room and tells me that I really should not wait for him to come to me, but should part the crowd and go to him.

Remembering Belloc is published by St. Augustine Press in South Bend, Indiana.  Our local bookstores, both secular and religious, do not stock publications from St. Augustine Press.  Were I to win an all expense paid vacation to Indiana, St. Augustine Press would be the first and maybe only stop on my list.  Being that the press and its books are in the Catholic tradition, some Protestants might recoil.  But as one who is celebrating the 500th anniversary of the Protestant Reformation (October 31, 1517), I have learned to dig deeply and glean much from the rich theological, literary, and philosophical culture that produced Luther, Calvin, Erasmus, Melancthon, Zwingli, Bullinger, Bucer, and others.

Father Schall and I are old friends in a bookish sense.  I have corresponded with him in recent months, but most of the friendship is one sided.  Meaning, I have read his books.  Another Sort of Learning ranks as one of my all time favorite books on education.  All teachers should RE-read that book often.

A Student’s Guide to Liberal Learning is a part of the Intercollegiate Student Institute’s  Student Guides to the Major Disciplines series.  As the web-site says, this is “the one book you need to read as you head back to school.” I like it because you get the wit, wisdom, and reading suggestions from Schall in a short treatment.

The Classical Moment is one of the richest collections of Schall’s musings, intellectual wanderings, and thoughtful walks.  Upon reading The Classical Moment, one will question Schall’s assertion that Belloc is the best essayist.  Okay, I will take his word that Belloc was the best in his time, but Schall is pretty high up on the list for our time.  This book is also a St. Augustine Press publication.

And then there is Docilitas: On Teaching and Being Taught, a recent collection again published by St. Augustine Press.  I loved that book.  How can you not like a writer who quotes liberally from Aristotle, Aquinas, Burke, Tocqueville and the Peanuts cartoons?  Schall must have started reading and thinking even before he was born.  Add to that the many years he has lived and continued reading, sharing with students and friends, and writing.  A common Schall-ism is him remembering an essay or statement he read somewhere which he might or might not be able to find and which he then composes his own essay. 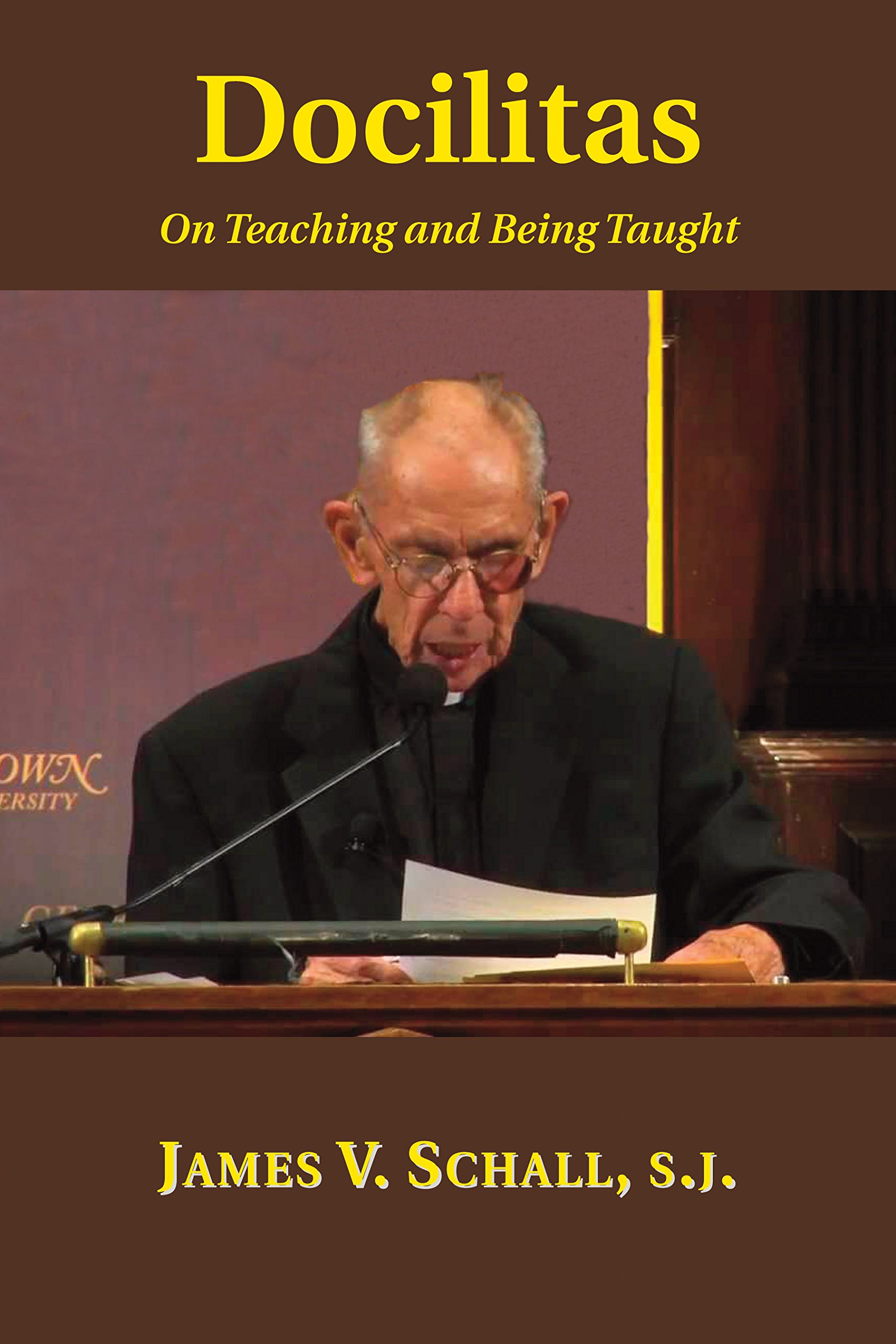 Wait, there is Belloc still at the back of the room, and I was supposed to be talking about him.  While Schall remembers, rereads, and muses about Belloc essays, many of us are required to listen in and be introduced.  I am surprised that none of the chapters ended with the characteristic Schallism of a reading list.  But the book does contain a fine bibliography listing some twenty-five works (out of a hundred or more) that Belloc wrote.

Belloc wrote histories, some biographies, and poetry.  Primarily, he wrote essays and many of his essays, and some of his entire books, were about travel.  One of the best known is The Path to Rome.  (I am shamed to admit to owning, but not having read it.)  This work is not a theological discourse, although theology slips into Belloc’s writings, but is about actually traveling across Europe to Rome.  He often wrote about traveling, but he was not recalling the flora, fauna, and historical sites, but was using travel as the vehicle to think through matters.  Even if one is confined to a chair in the same old location, one can enjoy quite an excusion with Belloc and with his admirer, Father Schall.

Belloc lived from 1870 to 1953.  He is best remembered for such works as The Service State, The Path to Rome, and delightful and surprising poems gathered in such collections as Cautionary Tales for Children.  His life story is told in a short account in Joseph Pearce’s book Literary Converts and in greater detail in Pearce’s full length biography Old Thunder: A Life of Hilaire Belloc (both of which I have read and loved). 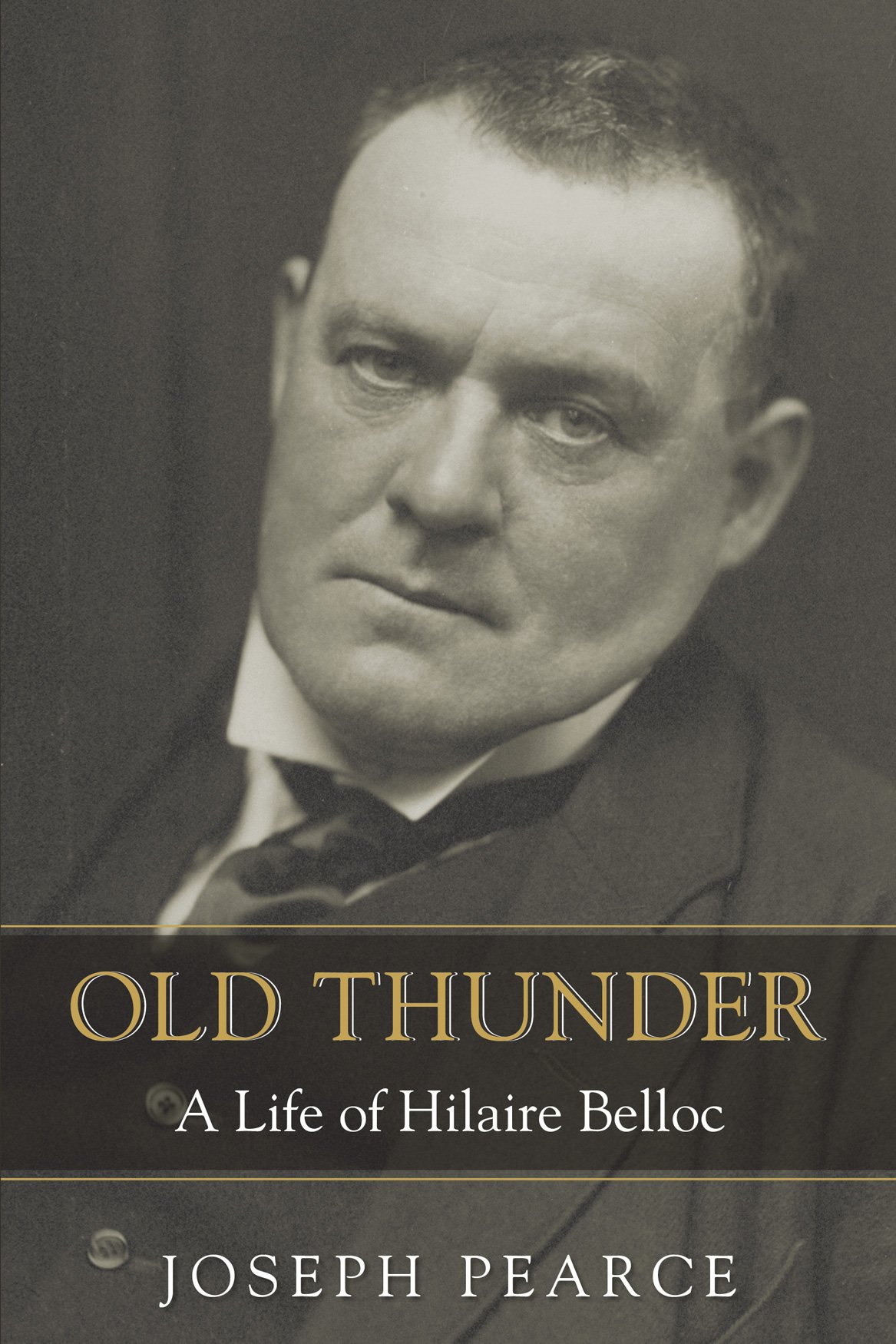 The normal recommendation (which means, do as I say, not as I have done) is to go straight to the writer and not to those who write about the writer.  One should start with Belloc instead of with Pearce’s works or with Schall’s book.  Except, in this case, I commend beginning with Schall. That is because he himself is worthy of attention as a writer.  And if he, as a master essayist, says that Belloc is the best, then I am convinced and willing to move on.

In many ways, Remembering Belloc is like a conversation between Belloc and Schall.  Schall speaks, Belloc responds, then Schall adds something, and then Belloc adds something else.  I was the outsider, not always knowing the inside jokes, the depth of the story, or the allusions.  But I knew enough and recognized enough to know this:  I want to know both of these writers more and better. One thought on “Hilaire Belloc–More Introduction than Rememberance”