I have been frequently reminded lately that this is the 100th anniversary of the first establishment of Communism.  Known in history as the November Revolution, the Bolsheviks and their allies took control of the unstable Russian nation after the previous revolution in February that had removed the Tsar and his family.  The provisional government, led by Alexander Kerensky, proved unable to hold the country together against the forces of continuing revolution and continual involvement in World War I.

The next several years of life in Russia were centered around a horrific civil war pitting the Reds (the Communists) against the Whites (those wanting to restore monarchy or restore some sort of republic).  The Whites outnumbered the Reds; the Whites had some support of foreign powers;  the Whites were the “good guys,” relatively speaking.  But the Reds had a more disciplined ideology and mission.  It was one of the many historic cases where history was moved not by majorities, but by minorities with an aim and purpose.

As ruler over the newly christened Union of Soviet Socialist Republics, Lenin tried various ways to implement the socialistic ideas.  Although his version of the dictatorship of the proletariat was mild in comparison with some of his successors across the globe, he could be quite brutal in his dealings with the opposition.  Or he could be quite inconsistent in his practice of Communist ideals.

Lenin’s health problems and then his death helped create a battle within the leadership over his successor.  Josef Stalin ultimately defeated and removed many candidates who were initially better positioned to take over.  By a series of alliances and double-crossings, he was the last man standing.  Although the competition is tough, Stalin probably wins the award for being the most evil, ruthless, murderous man of the twentieth century.  Although his image was later removed throughout the Soviet Union, he really was and is the face of Communism. 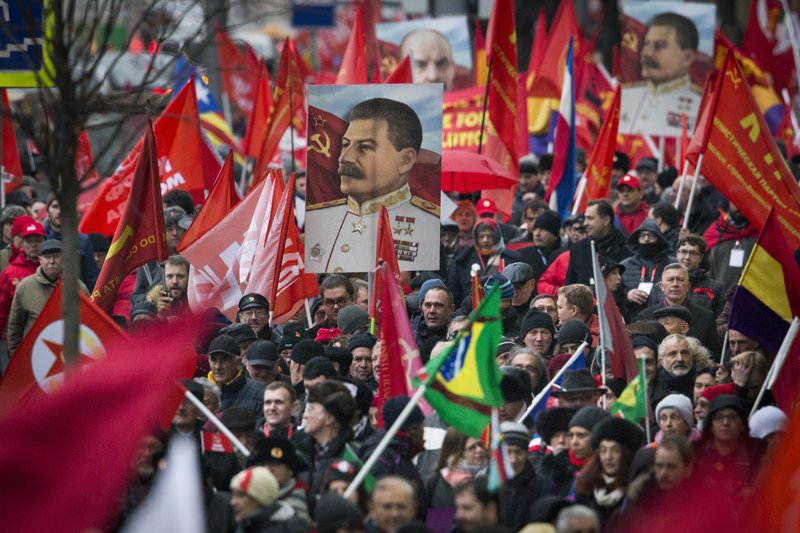 While we don’t want to bury the corpse until it is dead, we certainly hope that Communism will be relegated to the ash heap history, to use Ronald Reagan’s phrase.  There are still too many regimes that maintain some degrees of Communist ideology or practices.  There is still too much of the contagion in the world today, although some of the worst abuses and regimes have vanished.

Thankfully, there was not a World War III that pitted the Free World against the Communist World (or Communist Bloc).  I am forever thankful to a wide range of leaders who stood firmly in their opposition to all sorts of Communist activities.  These heroes and heroines include Harry Truman, Winston Churchill, Whittaker Chambers, Pope John Paul II, Lech Walesa,  Margaret Thatcher, Richard Wurmbrand, Natan Sharansky, Henry “Scoop” Jackson, and Ronald Reagan.  Political leaders with guts, vision, and insight enabled the Free World to win the Cold War.

But it was also won by the writing of books.  I will highlight and praise a few of the many books that helped–each incrementally–to expose the evils of Communism, to give first-hand testimonies to life under Communism, or to call for the overthrow of Communism.

2.  One Day in the Life of  Ivan Denisovich, The Gulag Archipelago, The First Circle, The Oak and the Calf, and other works by Alexander Solzhenitsyn.  Solzhenitsyn did write great literature.  He is the rare author whose life story is as engaging as his writings.  A Nobel Prize winner, his life was on the line when his samizdat manuscript of The Gulag Archipelago was discovered.  I remember the events because my high school English teacher encouraged us to gather news articles about Solzhenitsyn.  He has long been one of my favorite heroes.  Sadly, he was often ignored or bypassed by his native Russian people in his last years.  Let us hope he is not forgotten. 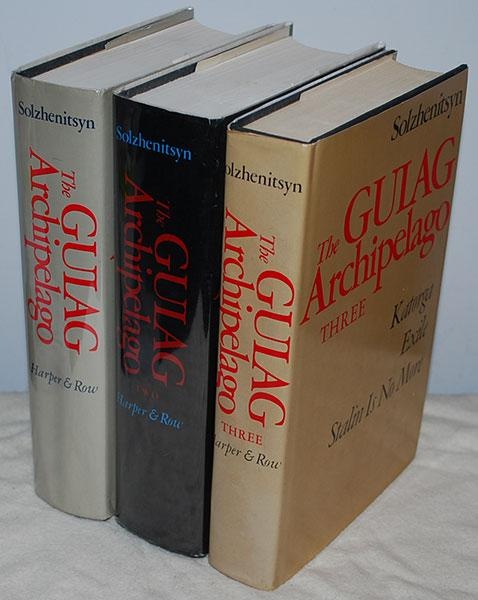 Good news for those of us who love Solzenitsyn.  His life-long labor was to create a fictional history of the Russian Revolution.  It began with August 1914, continued with November 1916.  Now a new volume is available:  March 1917.   This edition, in English for the first time, is published by the Notre Dame Press.

3.  Tortured for Christ by Richard Wurmbrand.  Wurmbrand, a Romanian, was captured and tortured by the Communists for his faith.  Whether in prison or out, he continued to preach Christ to all around him.  In time, he was brought over to the United States where he established The Voice of the Martyrs ministry, which was initially focused on preaching Christ behind the Iron Curtain.  VOM has distributed free copies of Tortured for Christ for decades.  The book was life changing for me in that it helped reinforce my hatred of Communism and tyranny, but it also showed me the cost of following Christ.

4.  Against All Hope by Armando Valledares.  This book shows the evils of the Cuban brand of Communism.  I began reading it years ago and had to put it aside for a time because it was too hard to endure.  Later, I picked it up again and read it all the way through.  The effusive gushing over Fidel Castro following his death was totally out of place.  He was evil.  He may have mellowed a bit in his later years, but he was a truly wicked leader.

5.  The histories of Bruce Lincoln:  In War’s Dark Shadow: The Russians Before the Great War,  Passage Through Armageddon:  The Russians in War and Revolution, and Red Victory:  A History of the Russian Civil War.  These books are not about Communism per se, but they are indispensable for understanding the history of Russia prior to and during the Revolution. 6.  Coming Out of the Ice by Victor Herman.  I ordered and bought my copy of this first-hand account from Mr. Herman.  During the Great Depression, some Americans left this country to take up residence in the Workers’ Paradise.  Bad move.  Herman’s parents were among the immigrants, and he endured some horrific tortures during his time there.  By the way, there was a movie made about this man’s life and Willie Nelson (the singer) was in it.

7.  The World in the Grip of an Idea by Clarence Carson.  This book has probably been way too overly neglected.  Dr. Carson, a fine and very conservative/liberatarian historian, focused on the varieties of coercive government.  Socialism in its various and evil forms is the idea that this book is countering.

8.  Miracles of Grace and Judgment by Gerard P. Schroder.  I read this and other accounts some years ago.  Although many of the details are long since forgotten, one never forgets the horrors or the courage of people who endured life under the Soviets, whether they were inside or outside of the Gulag system.

9.  The books by Robert Conquest are vital resources for seeing and understanding the magnitude of evils of Communism and the particulars of Soviet rule.  Books I have include The Great Terror, Harvest of Sorrow (about the Ukrainian holocaust), and his biography of Stalin.

10.  It was many years ago that I read–and never recovered from reading–The Time of Stalin by Anton Antonov-Ovseyenko. 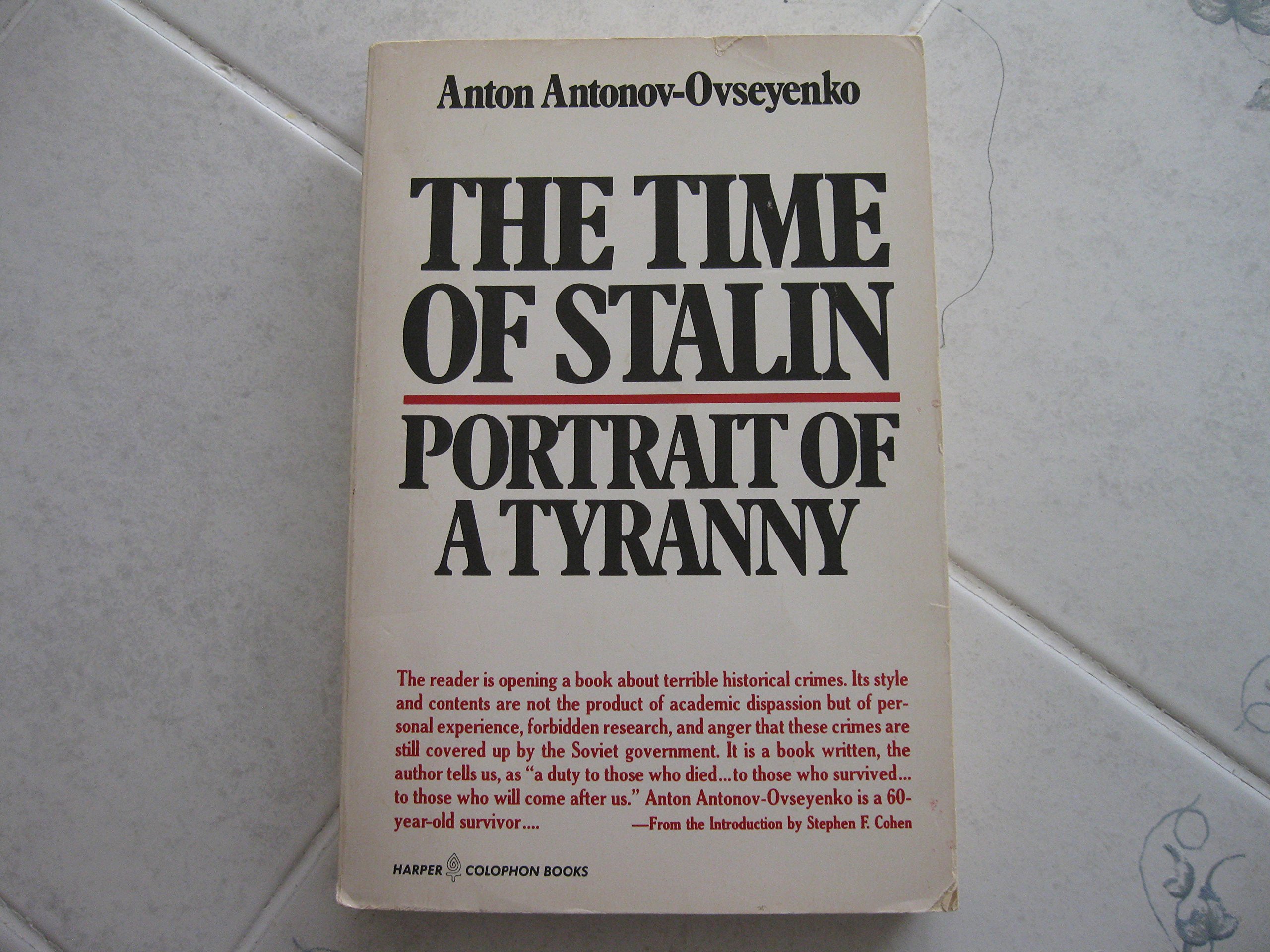 11.  I have, but have only lightly made use of The Black Book of Communism: Crimes, Terror, Repression.  These studies are always grim.  They are reminders of the depravity of man (often going beyond our normal Calvinistic explanation of “total” to “utter”).  They are testimonies to the terrible history of the past century.  They are vital for us to remember and try to stomach. 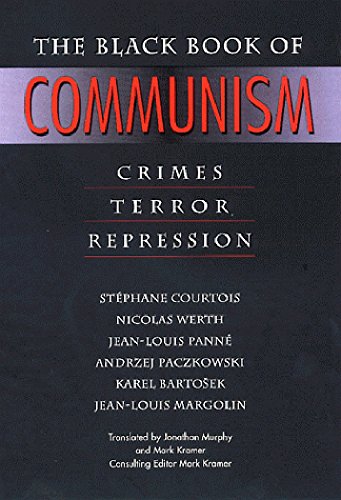 12.  On a more optimistic note, I will end with Reagan’s War: The Epic Story of His Forty-year Struggle and Final Triumph Over Communism by Peter Schweizer.  I loved this book–the story, the man, and the details.  Reagan’s opposition to Communism really got going when he was dealing first hand with various Communist factions and sympathizers in the Hollywood film world.  It was from those experiences that he began formulating his mission and message regarding freedom.  His strategy for winning the Cold War was shocking to the liberals and many conservatives of the day:  “We win. They lose.”  But we did.