Several statements need to be made right up front:  This is the 500 year celebration of the Protestant Reformation.  I am a Protestant who holds to Reformed Theology.  While my heroes were once cowboys (allusion to Willie Nelson’s song), they have long since been theologians like Martin Luther, John Calvin, John Knox, Jonathan Edwards, George Whitefield, and on and on.  I hold to the 5 Solas of the Reformation, the 5 Points of Calvinism, and many other listings of theological concerns.

The fact remains that the Roman Catholic Church, which Luther and Calvin belonged to but sought to change, is still around.  We are 500 years past the Reformation.  That does not mean that everything is okay now or that we can shake our heads in disbelief over theological battles of the past.  But many features of the ground war has changed. The fact that Catholics and Protestanst both recited the Apostles Creed and the Lord’s Prayer is a reminder of common ground.

The presidential candidacy of Al Smith in 1928 was harmed in part by his Roman Catholic faith.  John Kennedy broke down that barrier in 1960 in an address to Baptists in Houston, Texas.  While many may have objected to Joe Biden and Paul Ryan during the 2012 Presidential election when they were the opposing Vice Presidential candidates, the Catholicism both held to was not a factor.

We are grappling with a Secular Age, as Catholic philosopher Charles Taylor has noted in his brief pamphlett (of some 874 pages).  Carl Trueman (Calvinist theologian and historian) notes that Taylor was grappling with the question of why it was almost impossible not to believe in God in 1500 and yet an easy option in 2000.  Secularism, as a philosophy or worldview, has many children.  We see the progeny in issues such as abortion, same-sex marriage, rampant pornography, and a retreat from historic moral beliefs.  We see issues which even Christians differ over how to approach:  the size of government, who controls education, the flood of immigrants into the country, and gun control. 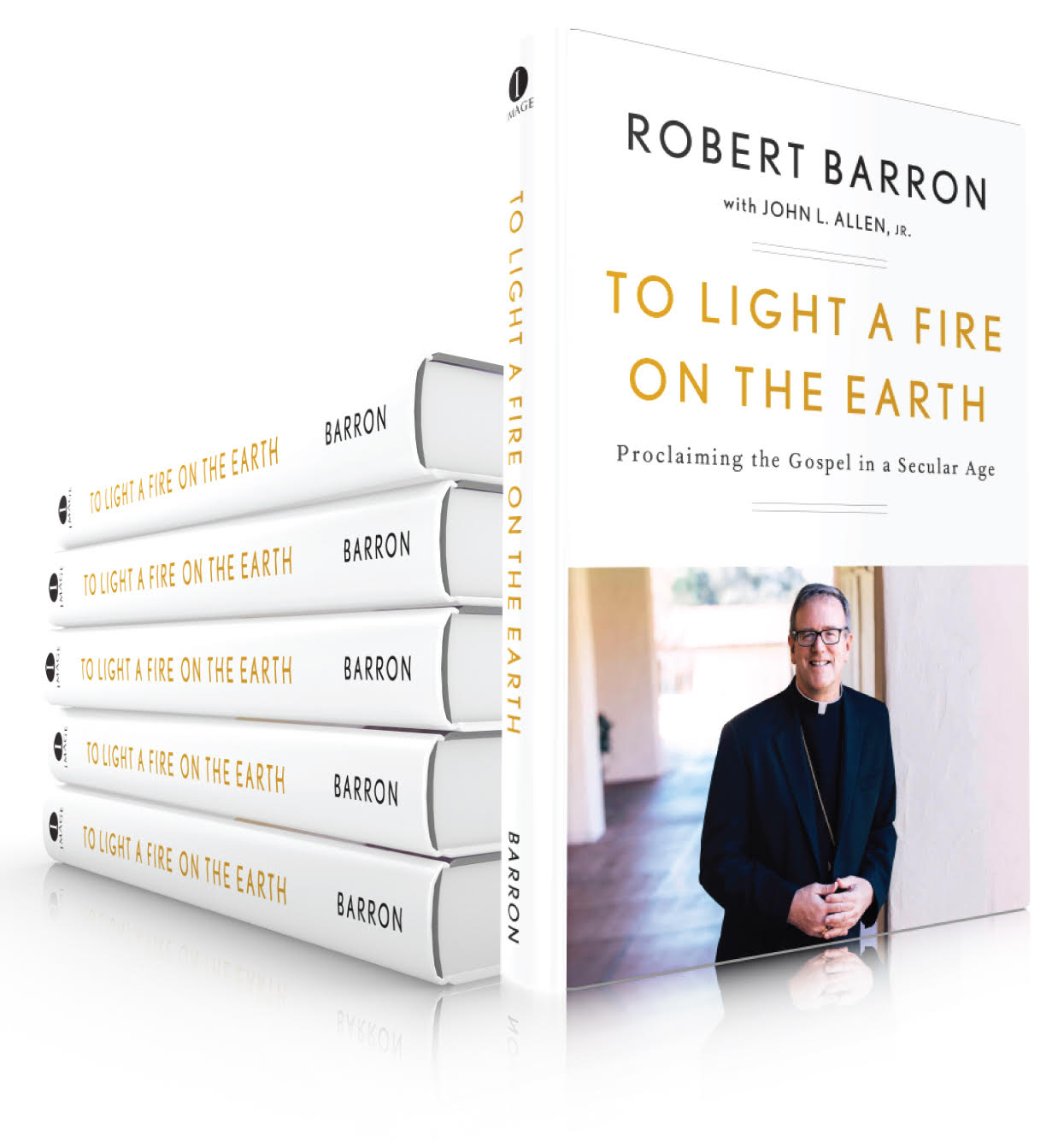 I received a review book last month titled To Light a Fire on the Earth: Proclaiming the Gospel in a Secular Age.  It is written largely by John L. Allen Jr., but is taken from his extensive interviews and quotes from Catholic Bishop Robert Barron. It is published by Image Books and is distributed by Word on Fire ministry.  Before I received and read this book, I knew nothing of Bishop Barron and Word on Fire.

I would encourage evangelical, Reformed, Protestant, Presbyterian, Baptist (overlap or separate those descriptions as you wish) and other believers to strongly consider reading and applying this book.  Barron is doing a work in our time that parallels the work of Francis Schaeffer in the 1960s-70s.  Those of us who balk, cringe, or just mildly disagree with Bishop Barron’s theology can profit greatly from seeing what he is doing and why.

I especially loved Barron and Allen’s chapter titled “Truth.”  Barron tells the story of a little nine year old girl who tells him the story of star Wars in detail.  After the story, which included every minor player and complicated name, he asked the mother, “Now tell me why little kids can’t understand the Bible?”  True enough, if they can master a grand narrative like Star Wars, the Avengers, the Harry Potter world, and other stories, they can grasp the essentials and the particulars of the Bible.  In another example, Barron was talking to a group of teachers in Catholic schools.  He said, “I hate dumbed-down Catholicism.”  when they applauded, he told them to not applaud but to do something about it.

As a teacher in a Christian school, I can identify with Barron’s objections to dumbed down Catholicism and “Beige Catholicism.”  We face the same problems on our side of the divide.

This is a worthy book and a great introduction to part of what is going on among those who are on the other side of the Reformation divide. 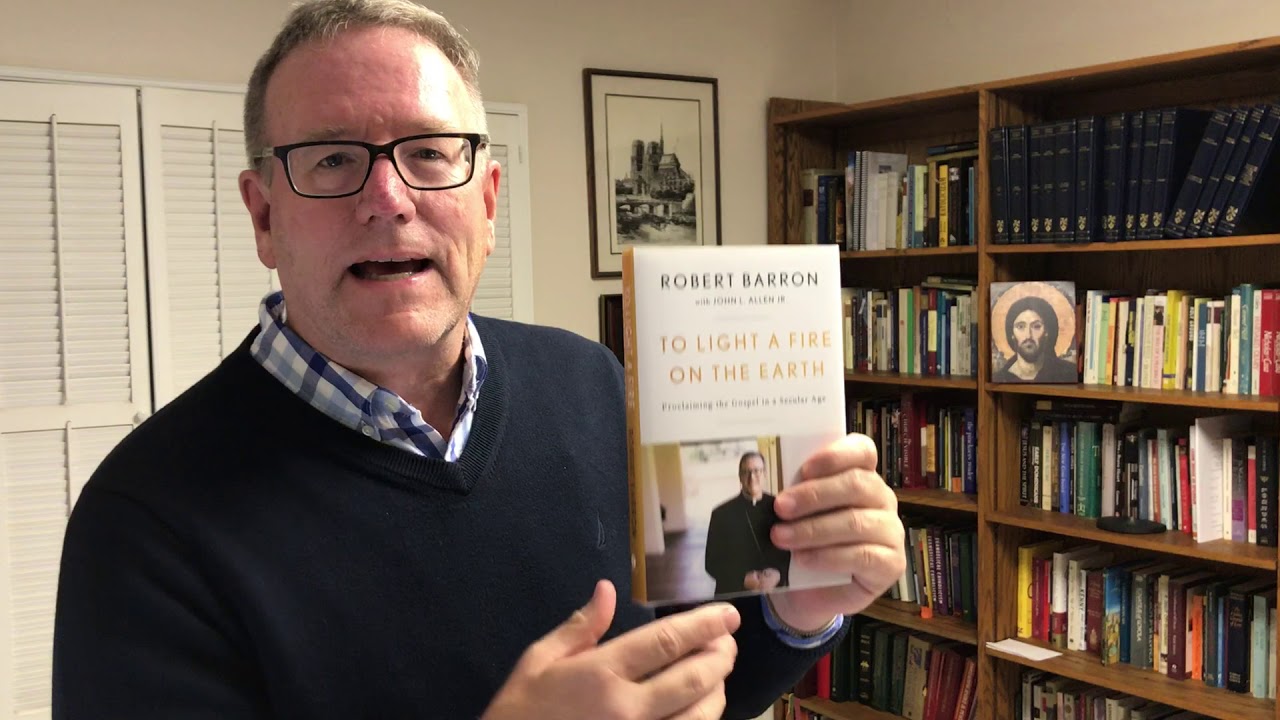 One thought on “To Light a Fire on the Earth”