Long before Middle Earth was born in the mind of J. R. R. Tolkien, long before the fellowship of a band of unlikely travelers to Mordor, long before battles between Orcs and Hobbits, another imaginary world was created.  Both this imaginary world and the Tolkien world were rooted in history and in a sense of home and place.  Both envisioned shires that were or could have been unspoiled by the forces of conflict all around.  Both worlds were caught up in deadly battles.

In our day, we have grown fond of the author who creates a literary universe inhabited by characters we can love or hate, aspire to be like or loath for their likeness to our worst natures.  We long to know that the small niche we occupy in the universe could possibly open a door to a victory that will tip the scales of a cosmic war in favor of good.  We desire for God’s will to be done on earth as it is in heaven, with our efforts and prayers being a contributing factor.  And we long to love, to be loved, to have companions whose ties are more than common interests, but rather feelings stemming from the heart.

Tolkien witnessed a broken, ugly, ripped and torn world located in the trenches of World War I.  Pastures and fields of northern France were caught in the jaws of the war gods of modern metalic and explosive technology combined with a desire to destroy the order and unity of the older European culture.  Recovering from his war wounds (illnesses which took him away from the front and likely saved him from a battlefield death). Tolkien began imagining a world that came to life years later with the words, “In a hole in the ground lived a Hobbit….” 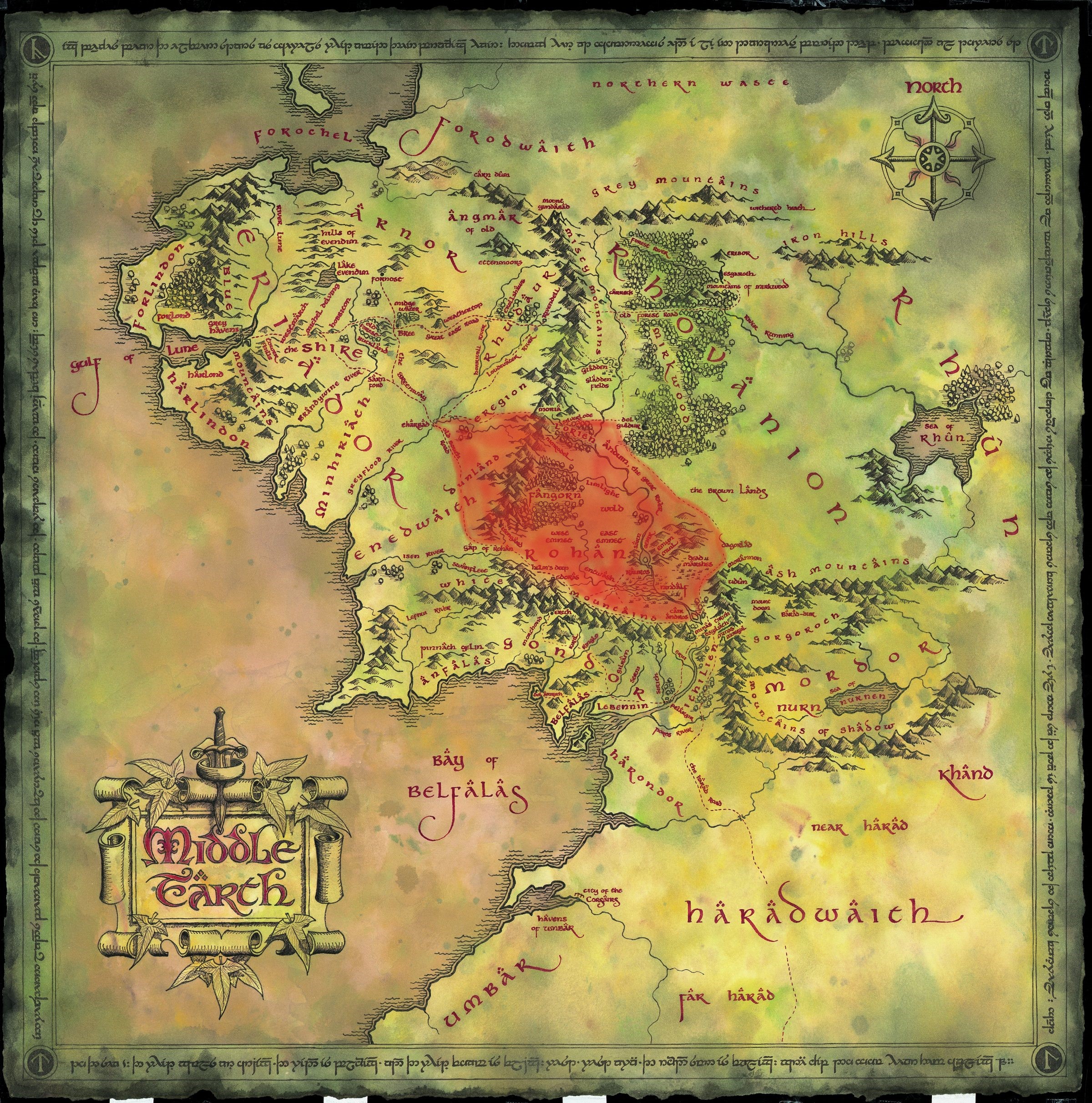 But Middle Earth had its prequels in the world of literature.  One could go back as far and The Iliad, The Odyssey, and The Aeneid, or to the worlds of King Arthur or Spenser’s Fairie Queene to find the precursers to Middle Earth.  However, a world that captured the imagination of Tolkien and whole legions of writers was found in the upper reaches of the British colony of New York.  The names are actual historical places and some of the events are historical.  The world itself was a created fiction that sprang from the mind and prolific pen of James Fenimore Cooper.

Cooper’s novels and writing style have not fared well in the modern world.  In that respect, he is in good company, alongside Sir Walter Scott, Herman Melville, John Fox, Charles Dickens, William Gilmore Simms, and others.  To make matters worse, Cooper has also had to sustain the most devastating literary attack of all time:  the sarcastic, cynical, cruelly witty, satorizing bombardment by Mark Twain.  Many who read a bit of Cooper’s books have then discovered Twain’s essay “Fenimore Cooper’s Literary Offenses” and grant Twain the role of jury, judge, and executioner.  That is an overly hasty judgment, to say the least.

Cooper was the father of many trends in literature.  He wrote the first sea novel–The Pilot.  Thus, he spawned genre that would lead to books like Moby Dick and to series like the Horatio Hornblower novels and the Aubrey-Maturin by Patrick O’Brian.  He wrote the first spy novel–The Spy.  This became the first of a genre that still excites readers and has engaged the writing focus of authors such as John Buchan, John LeCarre, Daniel Silva, Brad Thor, and Olen Steinhauer.  He wrote the first literary series–the five volumes called The Leatherstocking Tales.  Series novels, that is, novels that return again and again to the same character, now account for such favorite series as The Chronicles of Narnia, Lord of the Rings, the Harry Potter books, and the works of Rick Riordan.  He wrote the first “westerns,” which would include several of his books, but particularly The Prairie.  From Zane Gray to Louis L’Amour to a whole range of authors, the western continues to be a favorite type of novel.

More important, Cooper was the first to make use of the American continent as a setting, American history as a context, and the relations between the white European settlers and the Native American/Indian tribes as a theme.  The richness of this land, this cultural experience, and the conflicts–social and political–here in the United States became Cooper’s best remembered literary legacy.  Upstate New York during the late colonial and early national period became the forerunner of Faulkner’s Yoknapatawpha County or Wendell Berry’s Port William, Kentucky.

But it was Cooper’s Indians who made the biggest impact on the American way of thinking.  It is easy to assume that Cooper, living in the early 1800’s, was living right in the mix of white man and Indian conflicts.  But for him, where he was and where he lived, the issues had long since been settled.  Indian wars, conflicts, abuses, and interactions were still happening in the mid-west and west, but the Indian populations of Cooper’s area, including his home base in Cooperstown, had suffered the fate of his fictional Mohicans and Delawares.

Sure, Cooper sometimes romanticized Indians.  He was writing Romantic novels in the age of literary Romanticism.  No doubt he depended on stereo-types, distortions, misunderstood legends, and cultural fictions.  What else can we expect?  If I were to write fiction set in the American south of the early 1900s, it would contain just as many inaccuracies.  All fiction depends on a host of character-types.  But the significant thing is that Cooper wrote about Indians.

In The Last of the Mohicans, the Delaware tribe, of which the Mohicans are a part, are a noble, but defeated people.  The hostile Hurons regularly refer to them as being “women” and “dogs.”  They have been culturally demolished, demoted, and depressed as a people.  Compare them to the Polish people during the first half of the twentieth century (conquered and divided by Nazis and Soviets, then completely dominated by Nazis, and then “liberated” by the Red Army and oppressed until the 1980s).  Cooper’s main character, Natty Bumppo, loved and learned from the Delawares.  Although Natty reminds us about a thousand times that he is “a man without a cross” (racially white, not mixed) and that he has white man gifts and not Indian gifts, he has high regard for the tribe that to some extent adopted him.

Closest to him is his companion, the quiet, unflinching, steady Mohican chief Chingachgook, son of one Uncas and father of another Uncas and the descendant of the great Unamis–the Turtle.  A man of few words, a good friend to have in the woods, a sure source of rescue when captured, Chingachgook was the model of the good, noble savage.  Killing and scalping an opponent was all in a day’s work for him, but he was a ture friend and brother to Natty Bumpo.  Nicknamed “Le Gros Serpent” or the Big Serpent, Chingachgook has the legendary stealth and threat of the creature he is compared to.

By the way, unlike several of the film portrayals of this pair of frontiersmen, Hawkeye/the Pathfinder/Scout/Deerslayer/La Longue Carabine and Chingachgook are roughly the same age.  The Mohican is likely a few years older, but they are contemporaries, not father and son figures.

The stock bad guys in several of Cooper’s books are the Hurons.  Cooper or Natty Bumppo will often refer to them as Mingos, Maquas, Iroquois, or even imps, they are usually up to no good, in the pay of the French, and on the war path.  When a Huron shows up in one of the Leatherstocking Tales, be assured that within four or five pages, some deviltry will be going on, unless Hawkeye and the Serpent arrive to clear the decks.

The more sensitive literary critics of our time are quick to remind of how Cooper’s good/bad dichotomy is simplistic.  But then what literary series or movie or television drama does not have bad guys?  When it is the government, big business, the Russians in the past, conservatives in some twists, or foreign terrorists, bad guys have to…be bad.

Even with his black and white portrayals, Cooper none the less gives some credence to why the perfidious Hurons seem to have woken up on the wrong side of the buffalo robe every day.  Magua, the most malacious of Hurons, had endured some pretty severe treatment from the British and the his own tribe.  The recurring theme is that the Indian tribes (whether Huron, Delaware, or other groups) found themselves in the midst of several European conflicts (particularly between French and British empires) in which they–the Indian people–were losers, no matter what. 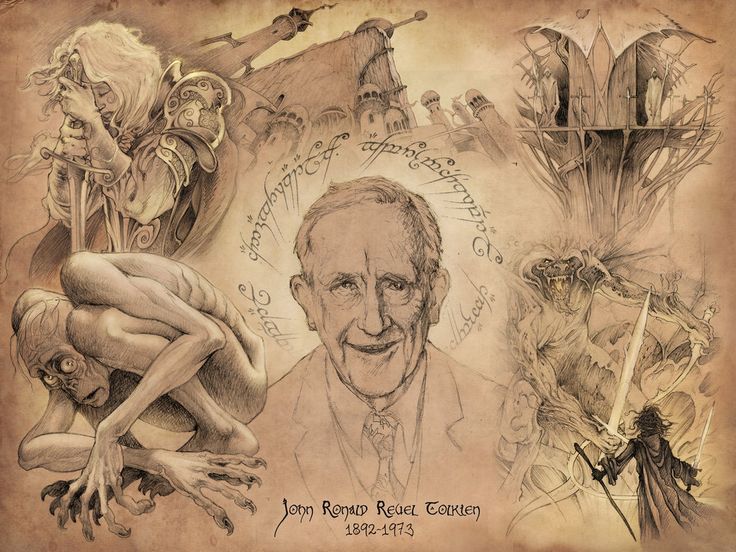 Many years after Cooper’s novels were written, an English author found Cooper’s Redskins fascinating.  They were distant, historical, mythical, and useful.  In his own mind and works, they were a shadow, pattern, archetype for his own race of evil creatures–the Orcs.  Tolkien’s various people groups–Hobbits, Elves, Orcs, and others–each had their complex history and interactions.  They were what they were due to both nature and nurture.  Orcs were pretty nasty and foul in both actions and moods, but there was something human and in need of redemption in them.  Not that the Rings Trilogy dealt with the redemption of Orcs, but rather it was that killing Orcs was still a sad, though necessary, business.  “There but for the grace of God, go I,” one might say when thinking of Orcs.

By the “accident of geography,” or rather the “decrees of God,” we are living in the freedom-centered American world.  But had I been born in Germany, Russia, China, Yemen, or the jungles of who knows where in the not-so-distant past, what is the likelyhood that I would have been a middle class, church going, Reformed Protestant, conservative Republican school teacher?

There is always a battle for Middle Earth, for sanity, decency, Western Civilization, Christendom.  The warriors are a combination of forces made up of a number of factors.  Some fight for the right to live lifestyles I find abhorent.  Some envision a return to Medieval Christendom as a worthy model; others look to the Old South, Geneva during the Reformation, Britain during the Golden Age of Empire, the short-lived Kennedy/Camelot vision, a one world order, a society of agrarian values and villages, or a benevolent Big Brother state.  We have no concensus over what “Let’s Make America Great Again” would mean or look like.

The way to our visions or hopes or Utopias is hindered by Hurons and Orcs.  Rename them what you will.  As long as there is a tale told by some storyteller of a frontiersman named Hawkeye and his faithful Mohican friend or a fellowship of Hobbits with an Elf, a Dwarf, and a future King, there is hope.

This Post is dedicated to two of my favorite citizens from Middle Earth who are seen below discussing strategies for the next phases of the battle for the Shire:

George, an Elf in the Tolkien sense:  A towering warrior and freedom fighter for what is best in Middle Earth.