Just exactly what is a classic?

There are as many answers to this question as there are books that are called classics.  Here are the best or most popular two answers:

“A classic is a book that has never finished saying what it has to say.”  Italo Calvino, The Uses of Literature

Definitions ranging from pithy to profound, from wise to witty, can be found easily enough.  The book Shelf Life by George and Karen Grant shares scores of great quotes on books and classics.  The book Invitation to the Classics, edited by Louise Cowan and Os Guinness, is a collection of essay/summaries on recommended classics, but it also contains an essay or two by Dr. Cowan on what constitutes a classic and why they matter.

I teach in a Classical Christian school.  People have been asking me and others for some years, “What is classical Christian education?”  Words like “classics” or “classical” add depth and luster to any advertisement for almost any item, whether it is a book, a school, a song, or a Coca-Cola. (Anyone remember the New Coke and Coca-Cola Classic fiasco?)

Concerning books (the heart of The Heavy Laden Bookshelf), discussions of classics always leads to lists and terms like “the literary canon.”  It is a fun literary joust when we all examine lists and argue about what was included or left out.  Take a jab at a classic and someone is sure to go on the attack.

When talking about classics, we have to recognize that there are many sub-listings that should fit under the broad term.  “Are you well read in the classics?”  That depends.  Do you mean the ancient works from Greek and Roman antiquity?  Or Medieval literature?  Or American novels?  Or do you mean something more specialized?  There are historical classics, military classics, science classics, or philosophy classics?

Here Twain’s saying help us.  As Twain wittily points out, the reward of a classic often comes in having completed the experience rather than the experience itself.  He was not above jabbing, mocking, and demeaning classics, but he has a good point.  The better and more lasting works are daunting.  Sometimes, they are impenetrable.  Often dull in comparison to the page turner on your nightstand.  They are frequently not easily mined, plowed, climbed, achieved, or appreciated.

Personal testimony:  The first time I read the Iliad, my thought was “That is the Iliad?”  I was not impressed.  Later I taught through it for the first time and still had a low opinion.  I thought it was overly repetitious, too long, and missing the important details, such as the Trojan Horse story.  A student in class remarked, “Mr. House sure likes this book.”  I smiled and nodded because it was “a classic,” but my inner thought was, “Not really.” It was during the third reading of the book, which was accompanied by a lecture from Dr. Louise Cowan and a session or two with Dr. Glenn Arbery that my eyes opened.

It was then that Calvino’s statement became an experience.  The Iliad began talking and revealing things to me and has never stopped.

In his book, To Light a Fire on the Earth, Bishop Robert Barron calls upon high school teachers (in a Catholic school) to read the serious classics in the Christian tradition.  He says,

As a teacher in a Protestant Classical Christian school, I am constantly wearied by the labor needed to teach the more serious stuff.  Why is it that kids know instinctively that physics and calculus are mental marathons, but they are quick to skip reading a book because it is not entertaining?  Weighty books are intricate math problems.  Math problems, by the way, are love stories with predictable solutions.

Bishop Barron has now taken a major step toward getting the classics he values into the hands of readers.  Word on Fire has launched a new series of Christian classics.  These Word on Fire Classics are handsomely cloth bound with a ribbon bookmark and charcoal sketches of the authors.  In other words, these books will adorn your living room, study, or office, and they add a touch of class to your bookshelves.

I am thankful for all the cheap reprints, reading copies, classroom editions, and dull covered books that contain great content.  But there is a place in the long slog toward Christian culture for having the right setting, nice chairs, stately bookshelves, elegant volumes, and an atmosphere that enhances the reading experience.  If you are living in a college dorm or a crowded house or other places, such a vision is for the future.  (Still, try to create a little space somewhere that highlights beauty along with truth and goodness.

These classics will send most readers out on some uncharted waters.  Classics are not necessarily designed to be mental comfort food, to be a confirmation of previously held thoughts, to be a mild sedative to the brain.  Reading a classic must call forth the words, “Yes, but…” from the reader continually.  When you need to be bolstered in your own convictions, read the dogmatic creeds and confessions of your faith.  And read books built upon those foundations.  Read the apologists who defend the basics.  Maybe that is what you need for a large part or all of your reading.

But the pursuit of a classical understanding of matters will involve mental risktaking.  When a confirmed Conservative, Reagan-Republican, Christian like me reads Marx’s Communist Manifesto, the initial thought is that this is simplistic rubbish.  But a deeper reading will unveil some of the context and complexity of what there was in Marx that appealed to readers in its time (and ours).  Now we still may resolve that it is rubbish (and I certainly do think so regarding Marx and Marxism), but there is a wider grasp that is needed to appreciate a different way of thinking.  (And as a Christian, I have to ask myself, “What was the Church saying or doing at this time to deal with the laboring masses?”)

So, the Word on Fire Classics are going to put us out on some waters that are uncomfortable for some Christian readers.  Let me briefly comment on two of the books in the series. 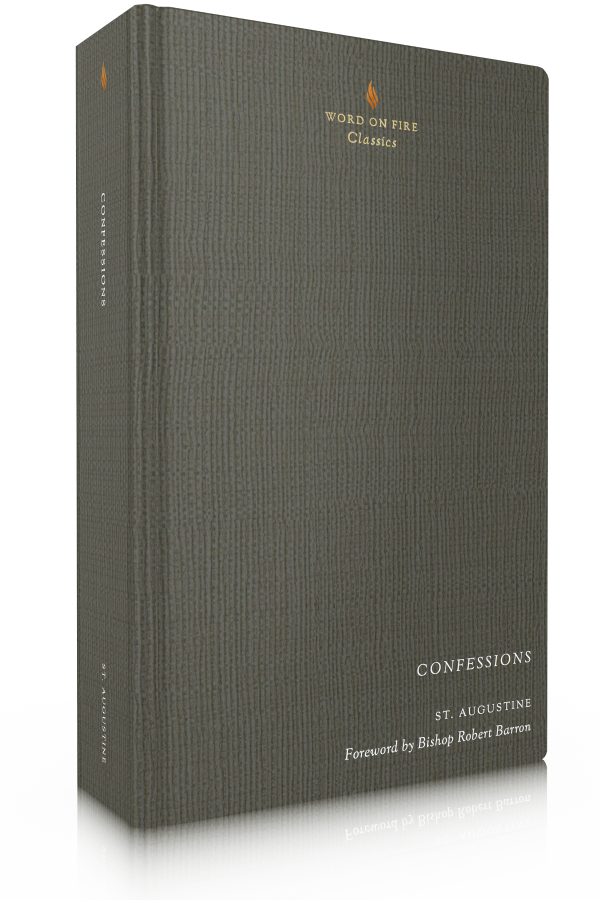 Catholics and Protestants alike share a love, an adoration, for Augustine.  He is one of the chief theologians of all time.  The best introduction to the man is this volume–Confessions.  It has been called the first spiritual autobiography.  You will read the quote “Our hearts are restless until they find their rest in Thee” cited in many times and places.

It is a lengthy meditation, prayer, dialog between the author and God, and discussion of Augustine the pagan, the philosopher, the libertine, the rebel against Christ as he slowly and painfully searches for God.  Of course, he will, as is always the case, be the one who is actually being searched and found. 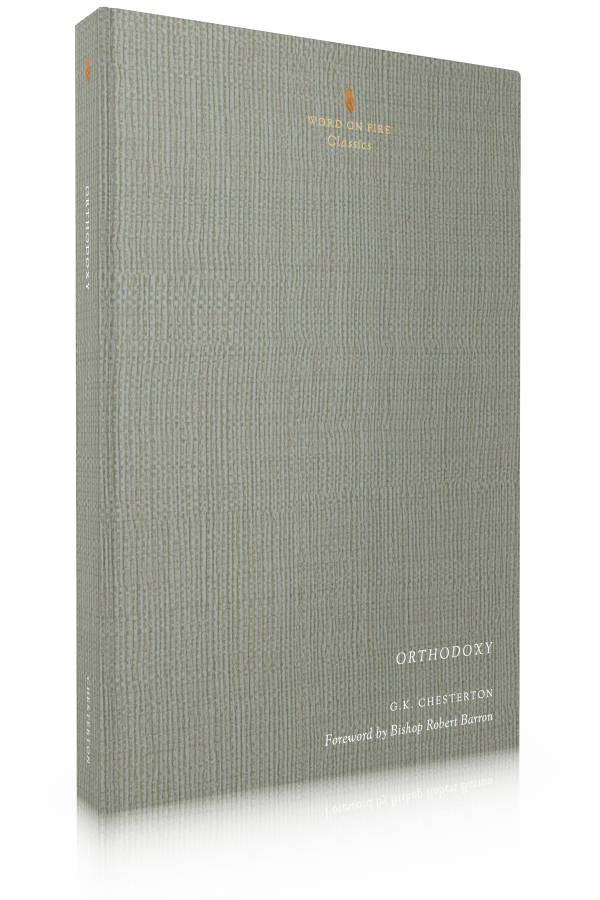 G. K. Chesterton was one of the largest figures in all of Christian literature in every sense of the word.  He was physically huge.  Even larger and wider and more excpansive is the number and range of his books.  He wrote novels, short stories, poems, and epic poems.  He wrote biographies and histories.  He wrote commentaries on social trends and ideas.  He wrote defending the Christian faith.  Orthodoxy is his best known work.  Exceedingly quotable, deeply nourishing, mentally soaring, GKC is a feast all by himself.

I read this book some years ago and delight in the prospect of reading it again soon.  Before I read the book as a whole, I read selections from it and some of GKC’s discussions on his coming to faith during a time of trial and crisis in my life.  When no one else could seem to reach me in my depths (realizing that God was there, of course, all along), it was Chesterton who stopped by and ministered to me. 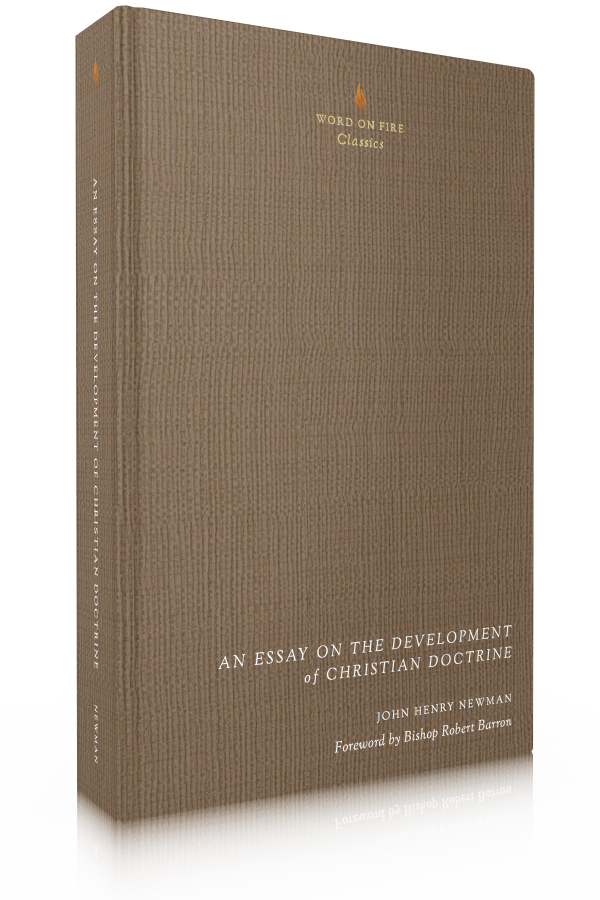 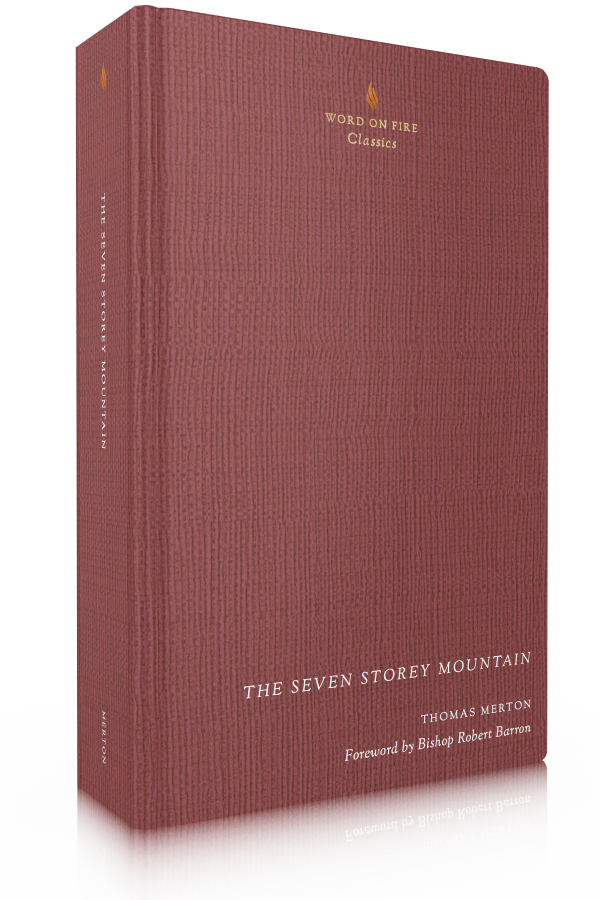 An Essay on the Development of Christian Doctrine by John Henry Newman and The Seven Storey Mountain are both unknown to me in their particular content.  I am familiar with both authors, but have not read much (maybe a few short selections) from either.  On to the uncharted waters for me.

This set of books is currently on sale.  Yes, it may be a bit late for it to arrive before Christmas day.  But why not celebrate the 12 Days of Christmas and buy it for someone or for yourself or for your family?