A few years back, Lexham Press published the first of five volumes of Reformed Dogmatics by Geerhardus Vos.  We must grant that this publishing event probably didn’t shake the Christian community nor did the book reach the New York Times best seller lists.  I don’t think those who labored to translate Vos’ notes from Dutch to English nor those who labored to put the book into print were expecting a tidal wave response.

Look at the title itself:  Reformed Dogmatics.  Look at the author:  Geerhardus Vos.  Volume One contains the additional words Theology Proper in the title, and that also would not have drawn a crowd.  With the publication of this volume with a limited appeal, Lexham Press went on to complete the set.  Now, instead of one book with an unappealing title, by a largely unknown theologian, there were five volumes that more than quadrupled the content and raised the price.

There is a valuable lesson in all of this.  Here it is:  There is an important distinction between the popular and the valuable.  Put another way, there are books and ideas that capture the moment and for a time create a buzz.  And then there are other books and ideas that are founded on more lasting and weighty foundations.  In our town, the fair comes around each September.  Quickly, the rides and concession stands are filled with blazing lights and loud music.  The crowds–for a week or two–flock to the fairgrounds in large numbers, juggling cotton candy, overpriced drinks, and tickets while lining up for the thrill of a few minutes of being slung around.  In contrast, there are the more permanent places where stately buildings and solid institutions are established way before the fair hits and continue on after it leaves town.

There is a remnant who have labored to preserve the writings of theologians like Geerhardus Vos, Francis Turretin, B. B. Warfield, and many more.  The labors have been put forth to reset or translate or even discover the writings of men of old and see that they are available for readers today.  Sure, there is a place for antiquarian interest in old books.  “Look what somebody said back in 1890?” someone might say, after finding a long lost work.  It is a type of literary archaeology consisting of fragments of books from ages past.

Modernity or post-modernity or whatever term describes the present can also exert itself in a love for the latest scholarship.  Once upon a time, Karl Barth rattled the entire evangelical world, but his day came and went to a large extent.  Various new ways of interpreting, systematizing, and understanding the Bible capture the flags on even the most staid of seminaries and create a gush of energy to further develop whatever the zeitgeist of the day happens to be.

Why did anyone bother to wade through reams of lecture notes and dated materials of a long deceased Dutchman?  Why did a small publishing house–which most likely has few huge subsidies or best sellers–labor to produce a set like this in fine, hardbound volumes?

Is it better because it is old?  The idea “the old is better than the new” can be just as flawed as the passion for the latest new thing (as described above).  The question still remains of why this set?

Having now completed reading Reformed Dogmatics, Volume One, Theology Proper, I will venture around with some answers.  Let’s start with the word “Reformed.”  I live in an area where that word is either confusing, misunderstood, or strongly rejected by some who do understand it.  It is one of the richest words in our theological history.  That being said, sometimes those of us who apply the term to ourselves (as in “I am Reformed” or “I am a Reformed Christian”) badly handle the gold treasures we have discovered.

The word “Reformed” used as an adjective to modify terms like Christian, churches, or theology dates back to the Protestant Reformation.  This past year–2017–marked the 500th Anniversary of Martin Luther’s act of posting his 95 Theses on the church door in Wittenberg.  Neither the 5 Solas of the Reformation nor the 5 Points of Calvinism capture anything other than a portion of what is contained in the theological heritage of all things prefixed by the word “Reformed.”  To grasp the extent of the wealth of riches contained in the history of all theological things labeled as “Reformed,” one must think of discovering a huge treasure. (I am thinking of the final scenes in the movie National Treasure.)

Or, more closely aligned to the experience, imagine a huge library filled with all manner of great books.

When I am extolling all things that are connected to the Reformed faith and Reformed theology, I am not unaware of how often and in how many ways, that heritage has been misused, abused, and badly represented by us (I am Reformed in theology) and wrongly maligned by others.  That is another topic.  Vos was European, Dutch in fact.  The use of the word Reformed (Hervormd) was not being waved as a flag to provoke enemies.  It simply stated a respected theological tradition.

The word “Dogmatic” or “Dogmatics” is less familiar to even most Christians.  Usually, describing someone or some belief as “dogmatic” is somewhat negative.  It implies an unwillingness to move or stubbornness.  To describe a person as dogmatic in his beliefs is not a compliment. But in the broad field of theology, dogmatics is a good and necessary part of a whole Christian’s system of thought.  Theology itself or theological training sometimes involves courses in systematic theology,  biblical theology, and dogmatic theology.  Other courses might be focused on pastoral theology, practical theology, etc.  Theologians can delve into the precise differences in approach to systematic, biblical, and dogmatic theological studies.

The precise definition of “dogmatic” is “inclined to lay down principles as incontrovertibly true.”  Even the most open-minded, gentle, non-controversial, easy-going, quick to listen Christian had better have some dogmatic theology under his belt.  Such is essential to being grounded, settled, unmoved in the Faith.  Dogmatic theology is why we recite the catechism, read from our respective confessions, learn the Apostles’ or Nicene Creed, and drill certain beliefs into our own heads and the heads of others.  Even if taking dogmatic positions turns into occasions of being called narrow-minded, close minded, a bigot, etc., it has to be done.

Now, concerning the author himself:  Geerhardus Vos.  He was never a flashy, charismatic leader in either his native Netherlands or his adopted land, the United States.  Perhaps his wife is better known than he is.  Catherine Vos’ Child’s Story Bible has been a popular book for many decades. 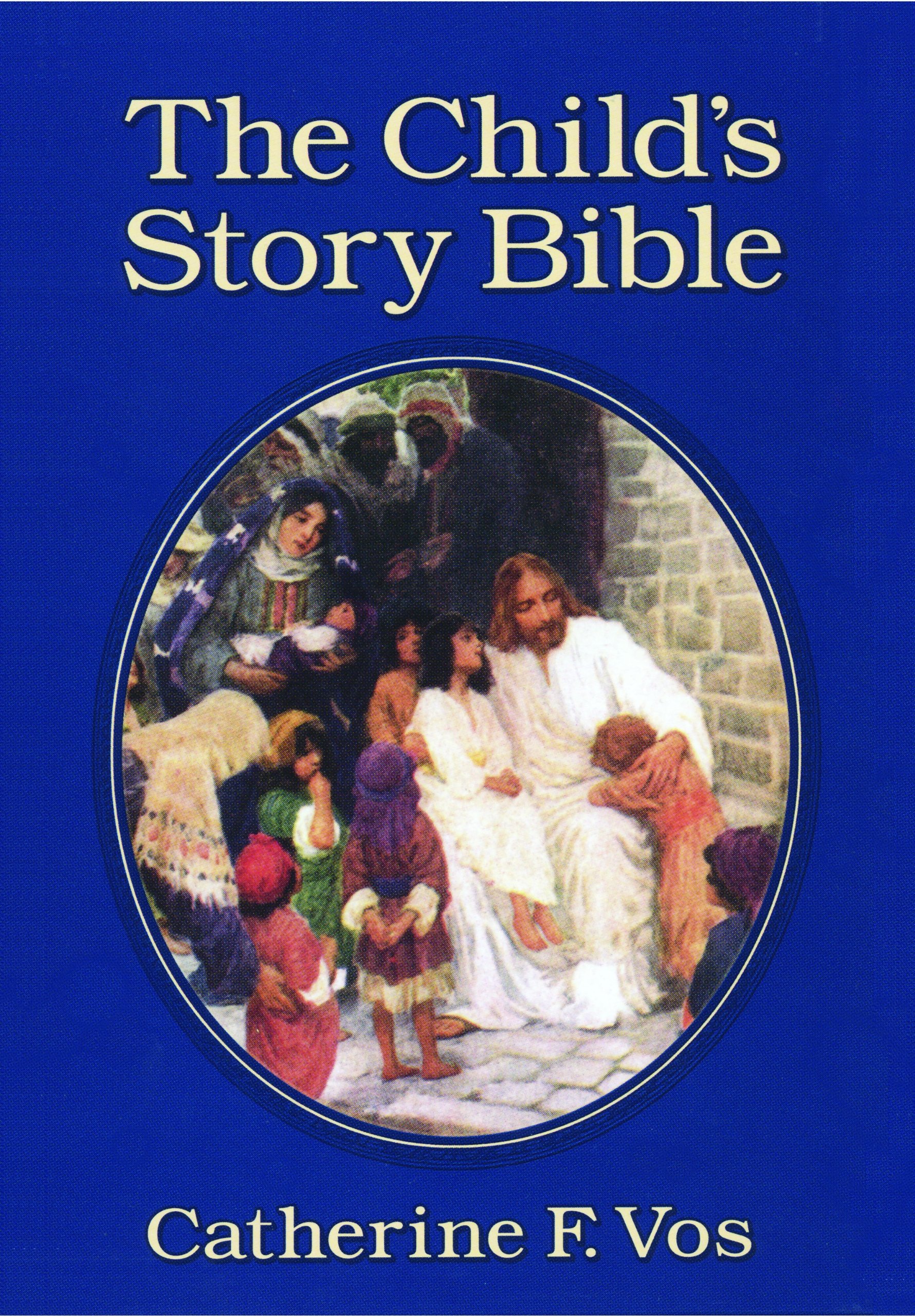 Geerhardus Vos was a theology professor at old Princeton Seminary.  His colleagues were such men as B. B. Warfield and J. Gresham Machen.  His friends included Abraham Kuyper and Herman Bavinck.  Those he influenced included such men as Cornelius Van Til.  He wrote some weighty theological books, such as  Pauline Eschatology and Biblical Theology:  Old and New Testaments.  Some of his theological articles have been collected and published in other works.

Vos’ primary claim to fame is being called “the Father of Biblical Theology.”  It is a bit much to say that he invented that field of study, but he did make it a more specific academic and theological discipline.  As a writer, he was not flashy or popular, but studied and careful and detailed.  As a personality, he seemed rather quiet and unnoticeable.  When the great controversies erupted at Princeton Theological Seminary after the death of Warfield, Vos remained at the seminary rather than leaving with Machen and company.

Vos was anything but a liberal, nor was he even moderate on such things.  Maybe it was a matter of age or personality, but he stayed at Princeton until his retirement a few years later.

The life of Geerhardus Vos, when such a book is written, will not be a page turner.  But he was a faithful Christian man and scholar.  And he was deeply immersed (figuratively speaking, my Baptist friends) in the theological heritage and Reformed traditions of the Netherlands.  In the spirit of Thomas Cahill’s How the Irish Saved Civilization and Arthur Herman’s How the Scots Invented the Modern World, a book does need to be written about how the Dutch created theological wonders of the modern Christian world.

Everything said up to now deals with the set before it is ever opened.  But since this blog post has already gotten a bit long, it will be better served for me to discuss the contents later.