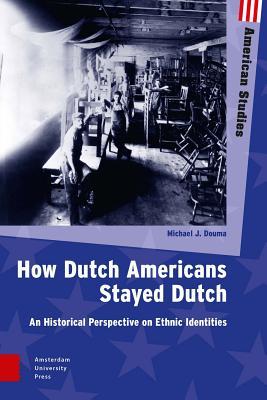 Here is how the book begins: “In 1849 Gerrit Baay wrote that his Dutch colony of Alto, Wisconsin, required only three things: more Bibles, more song books for the church, and more Dutch women.” It is hard to resist such a delightful introduction like that to a book.
I am slowly getting into this book as a total outsider. I am not Dutch and have only had a few connections with Dutch folk in the Americas. The part of the south (northeast Texas and southwest Arkansas) where I live doesn’t have connections with the Dutch-immigrant communities of the midwest. My initial interest in “all things Dutch” came from Reformed theology. Alongside the Scots Presbyterians and the New England Puritans, the strongest impetus for Calvinism in America came from the Dutch. There were some leading Dutch Calvinists who bridged the gap–in terms of language, community, and particular ecclesiastical matters–between the British Calvinists and the Continental Calvinists.
Geerhardus Vos, Louis Berkof, and Cornelius Van Til were three key Dutchmen whose influence reached way beyond their native communities. Perhaps the biggest influence in spreading Dutch Calvinist thought was from the old Presbyterian theologian Benjamin B. Warfield. It was his influence that not only kept Princeton Theological Seminary firmly Reformed but that also worked to bring Abraham Kuyper to the United States to speak. (Look up the book Lectures on Calvinism for more on Kuyper.)
Back to this book: The Dutch settled in communities and sought to maintain their Dutchness. Church was central to much of this, but language and tradition played its part as well. As the Dutch Consul in Milwakee, named G. van Steenwijk, said in 1854, “Every now and then one meets a countryman who does not belong to a Dutch settlement….”
Ethnic studies has not usually been my forte or interest, but this case study is fascinating. It is easy and unavoidable to get lost in the WASP culture of America or to note more influential groups like Irish Catholics, African-Americans, or Hispanics. As well as being a melting pot, in the traditional explanation of American ethnicity, we as a people have maintained lots of cultural and ethnic identities.
I hope to write more as I continue on in the book.
Two additional notes:
First, I received my copy of this book as a review copy from the publisher and am not required to write gushy, glowing things about it.
Second, Dr. Michael Douma, the author, and I have become friends through Facebook and other digital exchanges over the past year. As his friend, I am required to write gushy, glowing things about this book. Michael is a serious, somber, searching academic historian confined to libraries, research centers and classrooms. As such, he might appear to be a bit stuffy, but he is also a real frontiersman and outsdoorsman who lives in the mountains, herds cats, listens to bluegrass music, and keeps his wit sharpened to a fine edge.