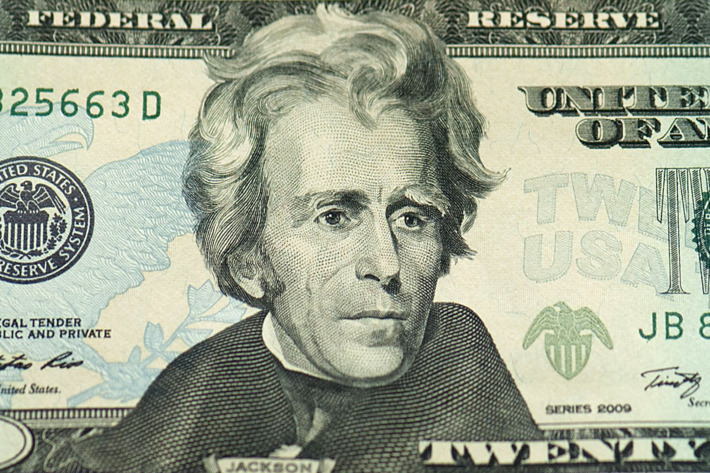 I am not sure that I can be trusted on reviewing the new biography of Andrew Jackson by Dr. Bradley Birzer.  This would be like asking the screaming girls at a rock concert about whatever heart-throb was performing on the stage.  Meaning, I have read 3 of the previous 4 biographies that Birzer has written and have loved them all with increasing zeal akin to fanaticism.  Those biographies are of J. R. R. Tolkien (which I read before I had read much of Tolkien), Christopher Dawson (a super-hero), and Russell Kirk (a brilliant conservative writer).  I have not yet read Birzer’s biography of Charles Carroll, titled American Cicero.

Ever since Dr. Birzer began sharing the news of his writing a biography of Andrew Jackson, I have been interested in the book.  I even sent him a Facebook comment saying, “At last, you are writing about a Presbyterian.”  It was in that same vein that he later referred to me as a “dang Calvinist.”  (All his other biographies were of Catholics.)  I started to begin this sentence with the words “All kidding aside,” but I am prone to throw in another fun jab or two.

In Defense of Andrew Jackson officially came out yesterday (September 11) and is published by Regnery Publishing. While it lists for $26.99, it can be purchased for less than the paper bill with Jackson’s picture on it from Amazon.  Even at full price, this nice hardback book is a bargain and a good source in our day and time.

In Defense of Andrew Jackson  is a short and delightful biography and defense of a man who is the object of way too much scorn in our day and time. All those who malign Jackson can be glad that it is the gentle, wise, and witty pen of Bradley Birzer who is defending Old Hickory and not Old Hickory himself. (Translation: If Jackson were still alive, there would be a few ‘killins’.)

Jackson is associate with all kinds of things that are not subjects we are officially allowed to discuss.  These topics can be used as sources of blame, but they cannot be seriously thought through.  Keep in mind, Jackson was no mealy-mouthed politician.  He spoke his mind; he shot from the hip; he offended people; he didn’t mince words.  Nor actions either.  More than most Presidents, he was an activist leader.  His approach was to barrel his views through.

After six educated, genteel, formal and dignified leaders, Jackson hit Washington like a tidal wave.  He had been raised in the wilds on the frontier, his soul honed by the Calvinistic fervor of Scots-Irish blood and culture, and his views shaped by war, duels, political squabbles, and a common sense approach to the Constitution.  He had no intention of business as usual when he got to the White House.

Jackson was a man of his times.  His sins were scarlet and not at all concealed from those days or ours.  His impulsiveness enabled him to triumph over adversities, but also left collateral damage.  He pressed his stamp on American history strongly.

Much of what I am saying is gleaned from many years of reading about and studying Jackson.  Birzer’s book is a review that is reinforcing what I know from past studies, but it is also reinterpreting the man overall for me.

Being a short book, I should have read and finished this volume in quick order, but I am enjoying it too much. I pretty much know Jackson’s life story, but this walk back through the events and the interpretive grid of this book call for a slow and delightful read, not a fast paced romp.

A side note:  I recently read the book Believe Me: The Evangelical Road to Donald Trump by John Fea.  That book has lots of good material on the faulty views of Christians throughout our history in regard to politics.  2016 and the election of Donald Trump was not a banner year for evangelicals.  But Dr. Fea had a long discourse on the Andrew Jackson/Donald Trump connection.  (Birzer discusses the same topic.)  Fea, mistakenly in my opinion, states that had Jackson been in the White House during the Civil War, he would have sided with the Confederacy due to his slave-owning.  Reading that in Fea’s book made me wonder if he had even considered the Nullification Crisis.  The man who said, “The Union–it must be preserved” and who threatened to lead an army into South Carolina would not have been favorable to secession.

That’s the fun of history, isn’t it?  And it is lots of fun to find those people from the past whose names and reputations have been trashed, besmirched, and deplored, and then to discover they are well worth defending.