It was 1981 and I was coaxed into going to the movies.  I–both then and now–rarely submit to going out to the movie theater to watch anything.  Several times when I have learned of movies that sound really good, I skip them.  Hence, I watched Dunkirk after it came out on a DVD.  And I never watched Valkyrie or Darkest Hour.  But a group of friends (who were also fellow church members) persuaded me to branch out on that night back in 1981.

The movie was Chariots of Fire.  It was primarily the story of Eric Liddell and his refusal to run on a Sunday at the 1924 Olympics.  The parallel plot was about Harold Abrahams who was fighting his own battles of culture along with attempting to achieve the brief fame found on the fields of sport.  As a movie, it was outstanding in terms of casting, plot development, story lines, and even music.  To this day, watching the young Olympians running along the sand of the beach with the theme music playing is captivating.

For many a Christian, the movie moved an obscure figure in recent church history to the forefront.  Eric Liddell was no Hollywood creation.  He was the real McCoy.  He was the model Scotsman with the looks, wit, accent, and personality to win over many a fan.  Decades after the cheers for this Scottish hero had ceased to be heard, he was again being cheered across the land.  Although the producers, directors, and actors were not seeking to make a Christian or religious film, this one resonated across the evangelical land.

Regretfully, it did next to nothing in terms of reviving any efforts to hold on any remaining fragments of Sunday as a day of worship.  Culturally speaking, that issue is gone.  Those who wish to weigh in on that issue are welcome.  I confess that I am as muddled about the “Christian Sabbath” now as I was 30 years ago.

Books appeared that told the story of Eric Liddell.  One that I read and enjoyed quite a bit was The Flying Scotsman by Sally Magnusson.  A more recent biography of Liddell is For the Glory by Duncan Hamilton. 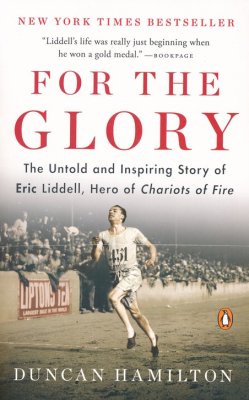 Not only was the movie correct–in the main–about the 1924 Olympics and Liddell’s triumph–it was correct about the character and faith of the man himself.  But the movie only told one part of the amazing story of this man’s life.  Liddell left Scotland a few years after winning gold medals at the Olympics and “joined the family business” of doing missionary work in China.

There were a number of foreign missions that labored among the Chinese people up until Mao Zedong and the Communists took control of the country.  The British were among the numbers of those carrying the Gospel to China.  Stories of such missionaries as Hudson Taylor, Jonathan Goforth, and Lottie Moon (from the U.S.) are part of the rich heritage of Chinese missions.  Edith Schaeffer (wife of Francis Schaeffer) grew up in the mission field of China.  Nobel Prize winning author Pearl S. Buck was also a product of a missionary family to China (who unfortunately eschewed her heritage).

No doubt, there were Chinese people who came to know Christ and lived and died in the faith because of the many mission efforts.  The greater harvest seems to be in our own times where word keeps slipping out of a large house church movement in that vast and populous land.

Among the many obstacles to working in China was the invasion of that country by the Japanese in the years before World War II officially began.  In a World War that spawned such concepts as fire bombing, the Holocaust, genocide (although it was far from the first), unmanned missiles, and nuclear weapons, the Japanese committed plain old fashioned evil, horrifying acts of terror on the Chinese population.  (Even officials from the Third Reich of Hitler were appalled by the actions of the Japanese.)

We often forget that when the Japanese bombed Pearl Harbor on December 7, 1941, they also launched attacks on a number of British held possessions in Asia.  Thus, Eric Liddell and many others who were already in jeopardy by serving in a war zone were now the enemy.  The Japanese herded the foreign nationals into camps.  While the Japanese captors were not seeking to purposely inflict maximum pain and misery on the inhabitants, they weren’t very nice either.  Generally, the camps were overcrowded and under-supplied.

Camp life for the British and others threatened constantly to become a hell on earth.  The saving feature in these camps was the salt and light provided by Christians.  Foremost among the Christian leaders was Eric Liddell.  How many converts he won when he was speaking back in Scotland in his athletic heyday is unknown.  How many Chinese he discipled while he was being a teacher and preacher in pre-World War II China is unknown.  How many people he ministered to in the camp is, likewise, unknown.  But I suspect that his worst days were his best.  The testimonies that have survived through the years attest to him being one who was quick to help, slow to anger, willing to serve, and happy to sacrifice for others.

His “final race,” his time in the camps are an incredible testimony to Eric Liddell’s life.  The sequel to his Olympic races outshone what he did on the track.  This amazing story is told in detail in the book The Final Race:  The Incredible World War II Story of the Olympian Who Inspired Chariots of Fire.  This book is by Eric Eichenger with Eva Marie Everson.  It is published by Tyndale. 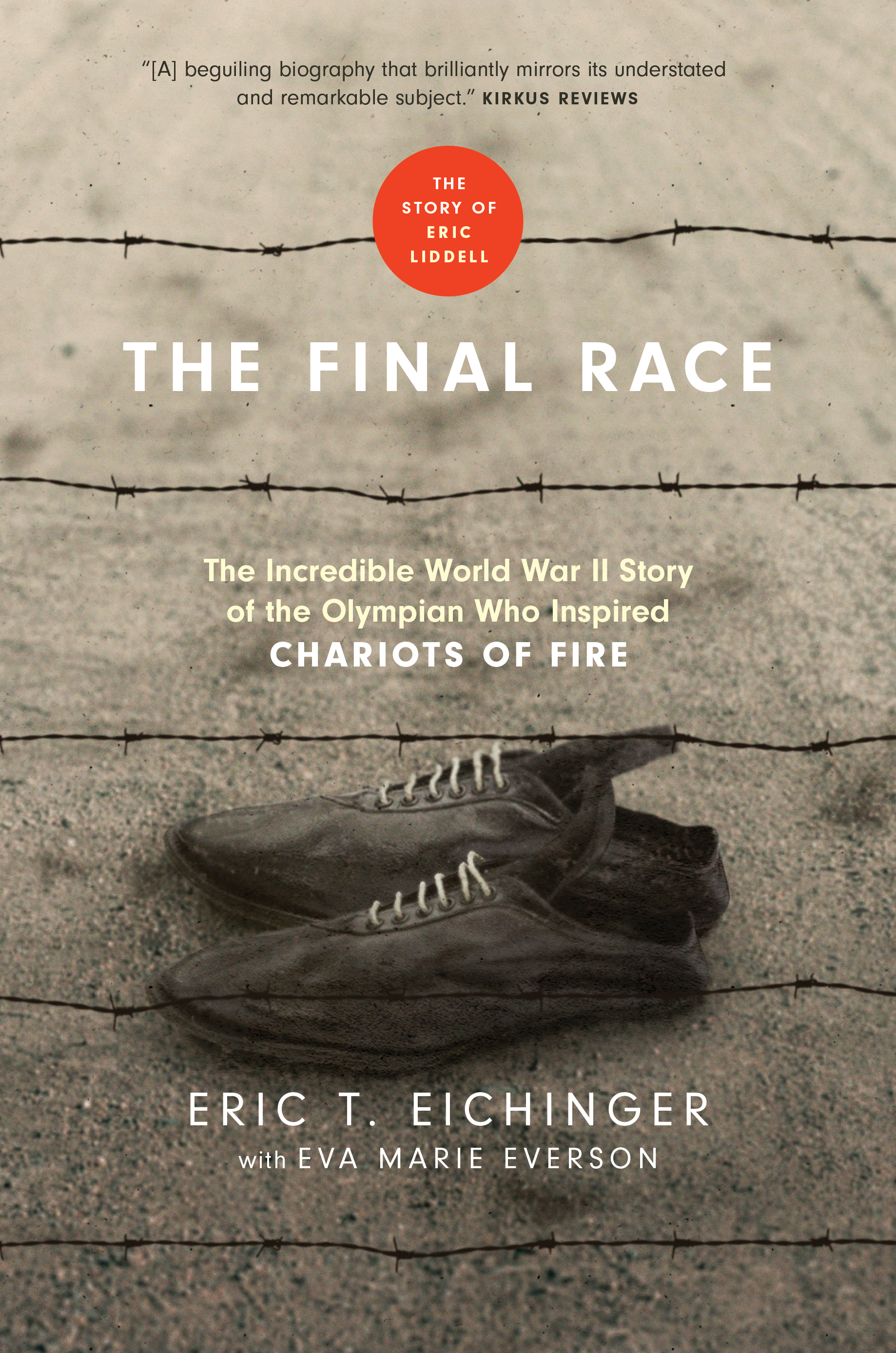 The Final Race is a well written and inspiring story of a great Christian.  At some points, I wished that it would have included a bit more of the bigger picture of what was happening in China and the world.  But the goal was not to cast the Liddell story in the midst of history, but to highlight the faith and life of Liddell.  I am still unclear on exactly where Liddell stood on theological issues.  He seems to have waffled a bit on the historic Calvinism of his Scots’ heritage, but he also resisted the inroads of Modernism that were slipping into the Church and mission fields.  He was a Congregationalist, and not a Presbyterian as I had always assumed.

He wasn’t perfect, but he was good, faithful, godly, and dedicated.  One could wish that a well financed movie could be made about this facet of his life.  Another point that needs to be made is that while he died in the Japanese camp, it was not the result of abuses of the captors.  Liddell had a brain tumor.  The medical care was not top notch, but it would not have mattered.  God has set the race before Liddell and he ran it to the glory of God until he reached the appointed finish line.