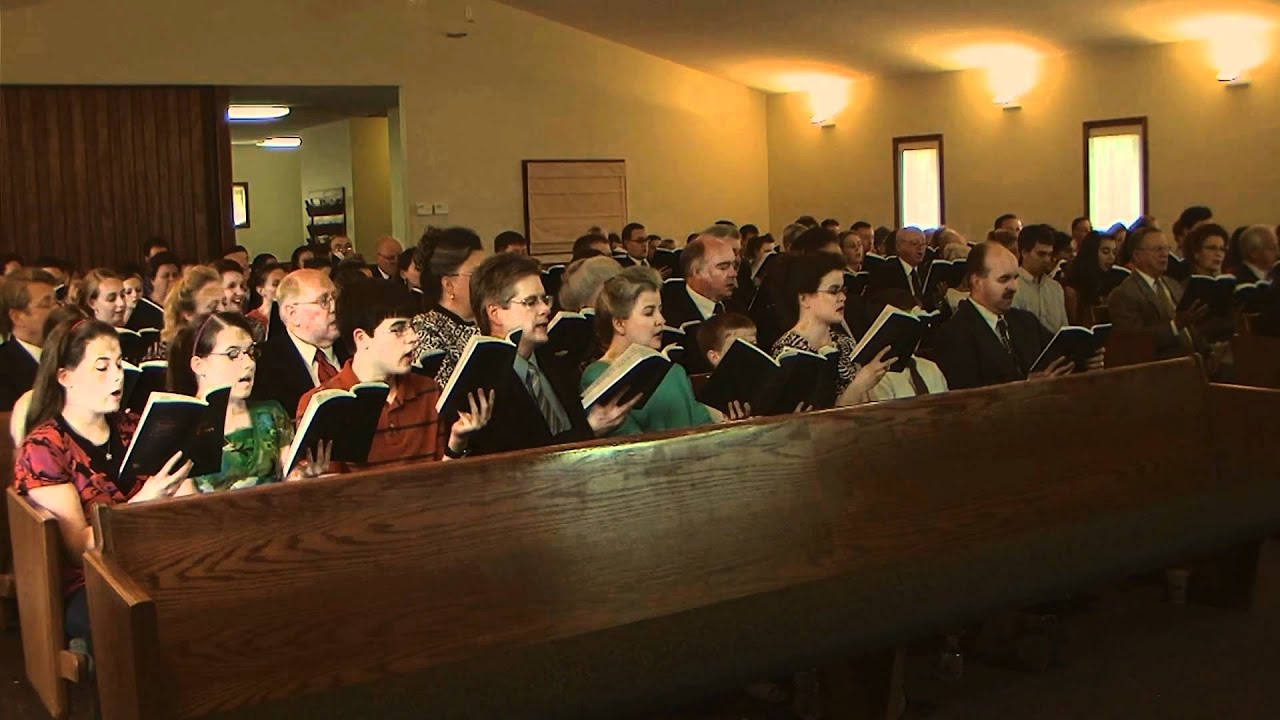 The term often used is “worship wars.”  Along with a hundred thousand other doctrines, practices, and preferences that divide Christians, we are prone to take up the sword and shield against, not our many enemies comprising the world, the flesh, and the devil, but each other.  The Church today not only cannot unite on many doctrinal fronts, but it cannot unite over who is going to lead the music and what music it is that is being led.

I don’t want to sound like I am minimizing the implications of the war for the keyboards and soundboards.  Important doctrines and actions are at stake here.  In the worst cases, we must love the singer, but hate the song.  Much singing and music should create as a collateral grace, amazing patience.  Flannery O’Connor tells in a letter of a man who was converted after attending church with his wife for years.  “The preaching was so bad,” he said, “That I concluded that there must be something important to all of this to cause people to keep coming.”  Maybe the same can be true of music.

I admit that I don’t want to wade into the worship wars battlefield.  I have fought with the brethren over Calvinism, baptism, the eldership, tongues, theonomy, weekly communion, congregational rule, charismatic gifts, church discipline, the application of Old Testament laws, the Sabbath, the role of women in the church, and more.  On some of these issues, I know I have been right at some point because I have been on both sides of the arguments at some point.  And I have not successfully avoided the sharp points of spears and barbs in fights over music.

But I would like to cross by on the other side of the road while the wounded musician lies there, beaten and robbed of his lyrics.  I will hope for a Samaritan heading to Brentwood, Tennessee will do what I don’t want to do.  Call me war weary, if you like, or maybe just a passive coward, if you prefer.  I confess that I really don’t know what to do to change music in the Sunday morning hour where we are all united in our being divided.

God Sings! (And Ways We Think He Ought To) by Douglas Bond is published by Scriptorium Press.  Check out Mr. Bond’s website (click HERE)   where you can either order two copies of this book, or get the book along with a free CD called Rise and Worship, containing hymns he has written.

Douglas Bond is best known for his cottage industry that produces Christian historical fiction.  While many of his books are geared toward younger readers, they are enjoyable for readers of all ages.  His novels War in the Wasteland (set in World War I) and The Resistance (set in World War II) are recent works of his that I have read, enjoyed, and reviewed in the past year.  His book Hostage Lands, set in the vicinity of Hadrian’s Wall, is a delightful book my junior high class and I read together.  It was that reading experience that cause me and Douglas to “Bond” as reader and writer.  (Yes, I know that was awful.)

But Bond is not stranger to the subject of music.  He has written biographies of John Knox and Isaac Watts, both being part of the “Long Line of Godly Men” series published by Ligonier Ministries. (Outstanding series, by the way.)  Moreover, anyone who has been a Christian for a long time and has had the occasion to sit in a variety of Christian worship services and conferences acquires a wide range of experiences with music.  Although music often is done almost as the opening act to a sermon or lecture, it is, upon reflection, more than that.  It is not merely an appetizer before the main course of a meal.

Side note:  We have attended services where the music part was referred to as “the worship” while the preaching that followed was…well, I am not sure what.  We are worshiping while we sit under the preaching of God’s Word as much or more so as when we are singing or listening to singing.

Bond suffers from the same possible tendency as I do:  Grouchy old man syndrome.  I am a bit older than he is, but his hair is totally white!  It is easy to write off the old, curmudgeonly Calvinist who is against everything except for some sparse, cold, doctrinally obtuse worship service.  So, one picking up his book and giving it the quick glance might conclude:  Here is another old man who is railing against the very thing we need to draw the young, unchurched into our churches.

I assure you that the description above is not who Douglas Bond is or what he seeks in his book.  (Whether it describes me or not is a different story.)  God sings.  Read Zephaniah 3:17.

“The Lord your God is in your midst,

a mighty one who will save;

he will rejoice over you with gladness;

he will quiet you by his love; he will exult over you with loud singing.”

Music is essential to sound worship.  Musical lyrics are doctrinal.  Music teaches, which means that it can build up or lead astray.

I have experienced both the unsingable, overly long, ancient church hymns that leave me cold and the loud, overly repetitious, shallow, syrupy creations that pass for music today.  All old and staid or all new and hip are not the choices.  But we do need to be singing doctrinal truths that are well written, learn-able and teachable, singable and delightful.  As Douglas Bond points out in example after example, such hymns have already been written in the past and they are still being written in the present.

God Sings! is good, convicting, and convincing.  Everyone on the church staff needs to read and discuss it. 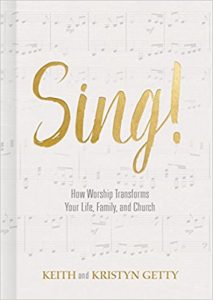 I picked up a copy of Sing! How Worship Transforms Your Life, Family, and Church by Keith and Kristyn Getty a month or so ago at my son Nick’s house.  I took it home with me to finish reading it.  Nick said, “It looks like one of those coffee table books.”  By that he meant the type of Christian fluff that has large print, double to triple spacing, with little text and even less content.  I agree, for I did not expect to find much beyond a bit of light topping in the contents.

However, this book is a solid study–yet very readable–that is calling the Church to do something radical: Sing!  I have experienced (even with limited travels) too many cases where there is a loud performance group (called the Worship Team), plugged in instruments, words flashed on a screen, and a soundbooth working overtime to mic the singers, but only the tiniest of sound coming from the congregation.  I have watched my wife and children, all trained musicians, stop even trying to sing the randomized melodies of the shallow songs.  I myself refuse to go along with the “repeat 20 times” of a song.  I abhor the moment when the oft sung refrain is sung yet one more time quietly for some emotional effect.

But even as hard hearted as I can be, I am always moved when I hear and feel the surge of volume coming from a congregation singing the hymns.  Sometimes the effect is from the large size of the congregations (where I am visiting), but usually it is the participatory engagement rather than the numbers that affect the songs.

Read both of these books.  Distribute copies of them if you are able.  Pray for a revival of congregational singing of solid hymns old and new and yet to be written.