The Covenanters, two volumes, written by J. K. Hewison, is published by Banner of Truth.  Hewison was a historian, author, and Presbyterian minister who lived from 1853 to 1941.  This work was originally published in 1908, was revised in 1913, and was reprinted by Banner of Truth this past year in a beautiful two volume hardcover edition.

Americans tend to superficially think that issues relating to conflicts between Church and State were all basically solved by the First Amendment and Thomas Jefferson’s Wall of Separation letter.  Any time matters arise where the two entities butt heads, it is seen as a throwback to an older, less enlightened, more superstitious, almost theocratic age where religious leaders zealously kept the fires burning with freethinking martyers.

Granted, there are plenty of ugly, horrifying stories from the past related to abuses by the Church (and you can identify that institution with any branch you wish) and leaders in the name of Christ.  Movies have continued to add to that narrative.  And no one should give carte blanche defense of all actions done “in the name of Christ.”

Often less noticed is the of the State (and fill in any regime from history you wish) in persecuting beliefs, restricting freedom of religion, and using civil power to coerce religious belief.  Even more a problem is what has been previously said in this post:  People think that these matters were all in the past and that any present attempt to raise church/state issues is a throwback to less enlightened days.

Nothing is more certain and sure than the fact that society, government, political philosophy, and people are in a culture war.  And culture, as Henry Van Til famously said, is religion externalized.  Every issue confronting us today is not just political, social, economic, or racial, but rather theological.

Augustine was right on target in his contrast between the City of God and the City of Man.  We no longer see Visigoths pillaging and plundering Rome, but we are seeing things not totally unlike that.  (Sorry for any unfavorable aspersions cast by comparing the Visigoths to the current barbarian onslaught.)  The battles are constantly being waged between more godly and less godly ways of dealing with social unrest.  Lest I be misunderstood, I am not implying that one American political party represents God’s truth marching on while the other is in thralldom to Satan.

Studying history does not provide a series of pat answers or blueprints of exact ways to deal with the present.  As a history teacher and student, I hate the phrase “History shows….”  I hate it not because it is not a useful concept, but because the “Book of History” is too vast and complex.  History shows anything and everything you want it to show.

But dismissing the simplistic is not a reason to dismiss history.  History provides perspectives.  History reminds us that we are not alone or unique or in the midst of a never-seen-before set of circumstances.

This is why The Covenanters is so important for these times.

The age of the Protestant Reformation was one of the most turbulent times in European and world history.  On the one hand, it entailed many a man and woman poring over often newly translated Bibles and theological tracts. It involved priests and laymen standing up amidst congregations and saying, “We have previously been taught this, but now, in the light of Scripture we affirm this other thing.”  In other words, it was a spiritual, personal, and intensely religious revolution.

But religion is not a genie in a bottle.  You cannot put it in a bottle.  Religion is, as said earlier and often, culture, worldview, and life.  If I were to become Amish, that would affect my views and interactions with politics.  The same is true if I become anything else, as it certainly did happen in my case when I became Reformed.

The Reformation spread across Europe to the citadels of power and to the lesser powers of the day.  The story of the Reformation in Scotland would appear to be simply the short addendum to a huge story, but small, obscure Scotland exerted a mighty force during the age of Calvin, Luther, Cranmer, and others. 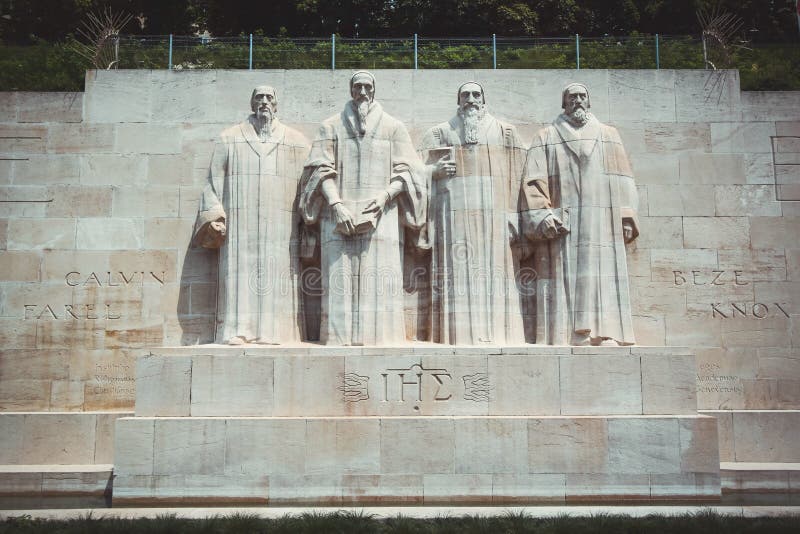 John Knox rightly carved his own place in the lineup of Protestant Reformers.  Knox has received both the praise of many (usually those in the Reformed theological tradition or those of Scottish heritage or both) and the unmitigated scorn of others.

He was no lightweight.  He was tough, aggressive, determined, but also filled with the zeal of the Lord.  In one sense, he is the key player in Hewison’s two volumes, but he died relatively early in the on-going post-Reformation war in Scotland.  Also, he was standing upon the shoulders of several men who preceded him in the fight.  The name of Melville also stands alongside that of Knox in the battle for the soul of Scotland.

The problems in Scotland intensified when James VI, son of Queen Mary Stuart, ascended to the throne of England and became James I of that country.  James had been raised, and, perhaps a little too strongly, force-fed Protestant theology.  He proved to be no friend to his fellow countrymen in Scotland nor to the Puritans in England.

When his son, Charles I, became king of the realms, matters worsened.  Controversy intensified when an Episcopal prayer book was imposed upon the Scottish church.  This prayer book, like so many government-imposed sanctions of the time, gave the tip of the hat to bits and pieces of Reformed theology, but maintained practices both Anglican and Catholic that irked the Scots to no end.

As much as anything else, the imposition of this prayer book was a means of keeping, maintaining, and even increasing government control over the churches.  The modern day, particularly American, model of separation of church and state did not exist during the 1500s and 1600s.  But we are, in the more favorable ways, where we are today because of the intertwining of church-state battles fought then.

The defining event in Scottish Reformation history was the signing of the National League and Covenant.  Scotsmen and Scotswomen banded together to sign, some with their very blood, this testament declaring their refusal to bow to the unwarranted dictates of Charles I.

That bold action did not end the conflict, but was fuel to the fires of oppression.  The story continued on with many a Scotsman being threatened or persecuted or martyred for his faith.  The story was not pretty.  Like most stories from history, it is not always black and white in regard to actions on both sides.  But it was one of the most important battles for freedom of all time.

Scottish history is not my specialty.  I feel a strong attraction to the history and culture of that beautiful and harsh land.  I revel in the story of Scots immigrants who came to the United States and settled the Appalachians and so often rallied to the Patriot cause in the American War for Independence. Yet I still find the history of the country a big challenge.  But I continue to read on it.

There are several books that I would recommend for those who, like me, want to understand both the events and their importance.

A Scottish Christian Heritage by Ian Murray.  Published by Banner of Truth, this book, like all books by Murray, is a soul-filling delight.  Great place to start on all things Scottish.

Fair Sunshine:  Character Studies of the Scottish Covenanters by Jock Purves.  Another Banner book, this one is a great starting place for reading some inspiring accounts of brave and doctrinally unbending Scotsmen.

Scottish Puritans: Selected Biographies.  I cannot speak directly about this 2 volume Banner set because, alas!, I do not have it.  But buy 2 sets and give one to me, and let’s just see how good it is.

The Saint Andrews Seven: The Finest Flowering of Missionary Zeal in Scottish History by Stuart Piggen and John Roxborough is yet another, believe it or not, Banner classic on the topic.  Don’t forget that the headquarters of Banner of Truth Trust is in Edinburgh.  I came to this book late and only after hearing George Grant praise it often.

Of course The Works of John Knox, published by Banner, is the cream of the crop of essential books on the Scottish Reformation.  Don’t expect to race through these volumes, for they retain the particular spellings and phrases of Scots’s English usages of the time.  But this is a rich treasure trove and a beautiful adornment to the shelves.

Riots, Revolutions, and the Scottish Covenanters:  The Work of Alexander Henderson by L. Charles Jackson.  Published by Reformation Heritage Books, this is a more technical study, but worth reading on the church-state battles.

The current lallapalooza of books I have and am working on reading on Scottish and English, Covenanter and Puritan topics.  Now, I just need to be stranded on an island for a few months so I can devote adequate time to these books.