Soon to be finishing Lectures to My Students:

Soon to be getting into Living By Revealed Truth: The Life and Pastoral Ministry of Charles Haddon Spurgeon

Wishing I could get started on

Needing to get a copy of Every Good Endeavor by Timothy Keller, along with his books on Judges and Galatians:

I have, but have not taken the shrinkwrap off of Thy Word is Truth:

Needing a visit from Spurgeon Claus:

Concord Bridge: Where the shot was fired that was heard all around the world.

In 1843, Captain Levi Preston was 91 years old.  A young scholar, Mellen Chamberlain, was researching the American War for Independence, and he had the occasion to interview the veteran of Lexington and Concord.

“Captain Preston,” he asked, “what made you to to the Concord fight?

Captain Preston, bristling  at the notion that he was made to fight, replied, “What did I go for?”

The young historian continued, “Were you oppressed by the Stamp Act?”

Captain Preston replied, “I never saw any stamps and I always understood that none were sold.”

“Well, what about the tea tax?” the historian asked.

Captain Preston: “Tea tax? I never drank a drop of the stuff. The boys threw it all overboard.”

Chamberlain: “I suppose you had been reading Harrington, Sidney, and Locke about the eternal principle of liberty?”

Captain Preston:  “I never heard of these men. The only books we had were the Bible, the Catechism, Watts’ Psalms, and hymns and the almanacs.”

Chamberlain:  “Well, then, what was the matter?”

Captain Preston:  “Young man, what we meant in going for those Redcoats was this: we always had been free, and we meant to be free always. They didn’t mean we should.”

The interview with Levi Preston can be found in David Hackett Fischer’s Liberty and Freedom: A Visual History of America’s Founding Ideas.

Liberty and Freedom: One of many great studies by David Hackett Fischer.

I admit to being incredibly weak willed and easily influenced by others. I confess to having succumbed to peer pressure. Try as I might to go my own way, someone recommends a book to me, and I cannot resist reading it. I should be able to tune them out, ignore their suggestion, and find a good television show to watch. Sad to admit, we don’t have cable or any means of watching normal television. So, here I am following the crowd, blindly going along with what others suggest. I am easily influenced and overwhelmed by books.

And this just volume 1!

I first learned of Desiring the Kingdom: Worship, Worldview, and Cultural Formation by James K. A. Smith last summer. I was at the ACCS conference when I fell in with the wrong crowd. (I should have known better than to have gone to such a sketchy conference.) Ty Fischer (from Pennsylvania) invited me to supper. Actually, he invited me to take him to supper since he didn’t have a car. We had fish and chips. I was basically quiet, but Ty talked constantly. He talked of theology, Christian education, food, the Amish people in his community, and a dozen other subjects.  He told funny stories; he made profound comments; and he talked books and ideas, both at the meal and at the conference.

It was later, in one of the sessions when he mentioned Desiring the Kingdom. He didn’t just say, “This is a good book” or “You might like this book.” No, he said that it was one of the most important books ever written on Christian education. The same guy who lured me in by buying my supper the night before. My resistance was broken, almost. It was a while, several months in fact, before I ordered the book. Then I almost started it and noticed that is was not an easy read. Then it got into a stack of books somewhere, and I was safe.

This week, however, I pulled the book out and started it again. It is not easy or predictable reading, so I was almost able to scan a few pages, nod intelligently like I was understanding it, and then put it away. There is still hope for me, for I am only on page 62 of the book. I keep having two recurring thoughts: First, is my profound literary analysis: “This ain’t easy readin’.” The second is this numbing awareness that Ty was right about the importance of this book in regard to Christian education.

Believe me, I am not normally easily swayed by Pennsylvania folks, but another person from that area, Gregory Baus, had a bad influence on me as well. He has been trouble ever since I first met him via e-mails when I first began researching Herman Dooyeweerd. (Dooyeweerd himself, though long dead, tends to draw a dangerous crowd around him. It is hard to resist the book recommendations of Dooyeweerd’s fans.) Gregory, who currently lives and teaches in China, recommended Michael Horton’s book The Christian Faith: A Systematic Theology for Pilgrims on the Way. I am only on page 55 of this book and it goes for nearly a million pages. It is slow read. And I know that there are theological sword fights between Dr. Horton and other Reformed people that I like. But, as I said, I am weak. So I keep reading and marveling at this book. Part One is called “Knowing God: The Presuppositions of Theology.”  Try as I might to get away from this weight-lifters’ book, I cannot resist reading from it. 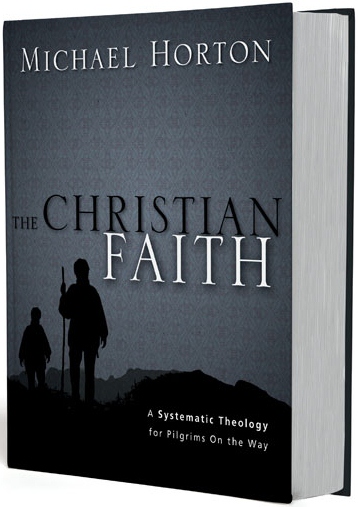 A very serious, scholarly study of theology: Just what I need to spoil my summer fun.

All this would be bad enough if it were all. Dangerous Calling by Paul David Tripp was recommended by several fellow pastors. A Taste of Heaven: Worship in the Light of Eternity was recommended by Nathan Clark George when he came by in April to do a music seminar. Nathan was using to book for a series of Sunday school classes. On Kuyper and the new Kuyper biography were recommend by Steve Bishop (an Englishman), while another Kuyper book, Creating a Christian Worldview: Abraham Kuyper’s Lectures on Calvinism by Peter Heslam was recommended by Harry Van Dyke. (See my previous post on Kuyper: https://benhouseblog.wordpress.com/2013/05/19/never-enough-about-kuyper/)
Andrew Sandlin recommends everything by E. M. Bounds and a lot of books by others. George Grant recommends Spurgeon’s Lectures to My Students (an old book) and Tim Keller’s Center Church. Sandlin and Grant are both bullies. They threaten harm if I am not reading what they recommend.

I can hardly find a book in my surroundings, and I do mean surroundings, that was not foisted upon me by some person, book review, or even in some cases, by the authors themselves. My life is a gauntlet of books, book recommendations, bibliographies, new books by favorite authors, new favorite authors, book sales, books I receive as gifts, and on it goes. And, I am too weak to resist.