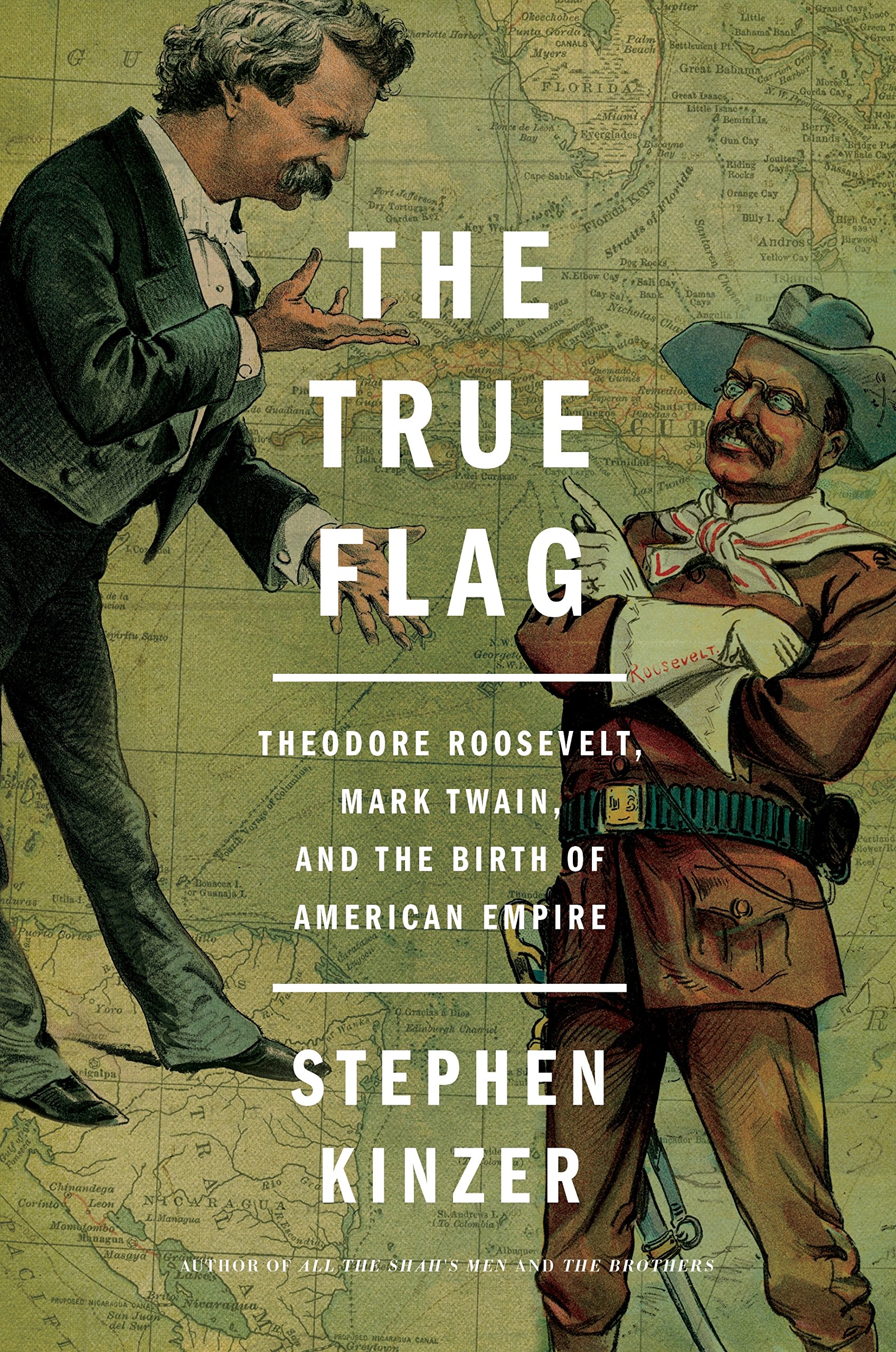 Reading, studying, and teaching history often leaves me feeling uncomfortable.  For certain, there are evil men and nations whose downfalls bring joy.  There are heroes and villains, good and evil, right and wrong categories that apply to certain historical events and characters.  Hitler and Stalin almost universally get bad marks for their beliefs and ideas.  Although many others’ crimes don’t have the numerical equivalency to those guys, blood is on the hands of many since the days of Cain.

History would be far easier to teach and explain if it were all Orcs trying to raid the shires of Hobbits.  Mordor is easy to villify and we rejoice when it falls.  We shout for joy when the White Witch’s reign in Narnia ends.  We sing in thanksgiving for the fall of the Belin Wall.  We are thankful when liberation comes to oppressed peoples.

But much of history is far more complicated because it is a clash of different perspectives.  Sometimes good and honorable men uphold dishonorable positions.  Sometimes less honorable men take the better course of action.  King George III and General Charles Cornwallis were both good men in their fields.  But, in the American story, there are the foes and are enemies to all that we hold dear in our founding era.  At the very least, history calls for lots of humility on the part of the student (who might also be the teacher) and for a willingness to listen and think and even change.

The True Flag:  Theodore Roosevelt, Mark Twain, and the Birth of American Empire is by Stephen Kinzer, author and scholar.  It was published by Henry Holt and Company. 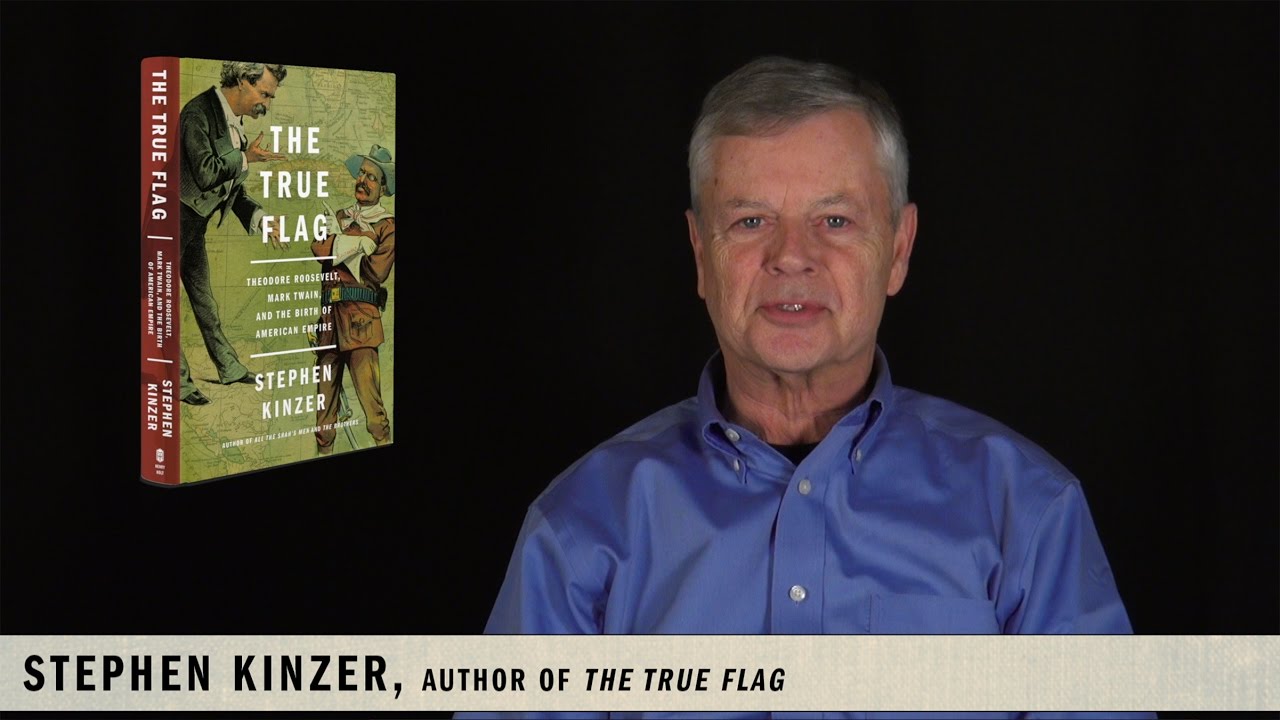 This book focuses on the period of American history around 1898 and following.  It was in 1898 that the United States declared war on Spain for its abuses to Cuba and, more immediately, for the explosion on the U. S. ship The Maine.  That three month war was referred to as a “splendid little war.”  It lasted about three months.  In spite of many deficiencies in America’s preparation, capturing Cuba was an easy plumb to pick (that being written by someone who was not there).  The collateral results was that the U. S. also go control of the Philippine Islands and Puerto Rico.  Our acquisition of Hawaii was also in this same time frame.

The oppressive Spanish Empire, with the Black Legend as it was termed, lost the last of its overseas holdings.  Four hundred years of imperial oppression was ended.  Good triumphed over evil.  Freedom was on the move.  Well, not exactly.  Liberating Cuba was a feather in the cap of many of its supporters, but the Platt Amendment quelled the next logical step.  That would have been adding Cuba on to the United States as a colony.

Now, to do a momentary historical speculation, a bit of “what if” history:  The 20th Century might have been a bit better if Cuba had gone from being a Spanish colony to a U. S. territory and then a U. S. state.  There would have been no Bay of Pigs, no Cuban Missile Crisis, no Castro (and likely no JFK assassination), no Grenada or Sandinistas, and so on.  Florida would not have the huge Cuban community.  Instead, the state of Cuba would be an incredibly rich state with lots of income from cigars, sugar, and tourism, and the careers of Senators Marco Rubio and Ted Cruz would not have existed.

Historical speculation is fun and anyone can tag on whatever reasonable result they wish.  After all, if Winfield Scott Hancock had defeated James  A. Garfield in 1880, maybe the world would be far better today, or worse, or some mixture of the same.  But history has to deal with the realities.

Cuba was won, but what would the U. S. get out of this exertion of magnanimity?  The answer was the Philippines.  The most ironic, hypocritical, and unjustifiable action of the U. S. in that era was the taking of the Philippines.  Getting the deed turned over to the U. S. from Spain was not the problem.  The Philippines had its own nationals who were fighting for freedom from Spain.  To be liberated by a country whose founding Declaration of Independence was creedal conviction appeared to be a blessing.

The reality was a curse for those Filipinos who wanted independence in 1898.  The blight of Philippine occupation by military force created major dissension in America.  Here is where Mark Twain stepped in. Twain was highly critical of the interference of the United States into other cultures.  He was not a provincial at all.  His convictions were borne from his world-wide experiences.  As expected, his facility with language came in handy in this fight.

Theodore Roosevelt, for all of his good qualities, was jingoistic.  He embraced “the White Man’s Burden,” to use Kipling’s phrase.  He loved the idea of the United States spreading and imposing its ideals on others.  The Spanish-American war was his baby, so to speak.  The gains from that war were not to be trifled with or discarded.

The debates of the 1890’s and early 20th century are still going on today.  It is never simply a conservative versus liberal or Republican versus Democrat type of issue.  Currently, interventionism and global policing are the norms for the United States.  Whether U. S. actions have resulted in more benefits or harms depends on who is controlling the scales.

History, regardless of the claims of objectivity by historians, is inevitably moral philosophy.  This book is a great story of the conflict over right and wrong in regard to the Philippines.  Granting Philippine Independence in 1898 would have changed everything that happened over the next century.  Write or think through your own version of whether that story would have been better or not.

The True Flag is a worthwhile read for the history it covers and the issues it raises.