There is a great benefit and blessing to having no plan, or purpose, or direction during the early morning hours of a day off.  All the books I was recently racing through in the mornings are now finished.  Others are on hold until after the holidays.  So, I am free to read whatever comes to mind.

There is something remarkable about the first chapters of books.  They get read the most, and they get re-read the most.  Reading the first chapter or introduction to a book is a good habit.  It is basically a method of pre-reading.  On that topic, see How to Read to Book by Mortimer Adler and Charles Van Doren.  The first chapter gives the reader a sense of ownership of the book.  It might provide the door for entering into the book as a whole, or it might classify the book for future reference, or it might tell you to not read the book now.  Most of the time, those opening pages should be read more than once.  Read them when you first get the book; read them again when you first read or attempt to take on the whole book; and read them a third time after you have read the book.  (This approach applies to non-fiction rather than fiction.  I find it usually takes 100 pages of reading to determine whether a serious novel is to be completed or not.)

In light of the seriousness of this approach to reading, along with the lack of seriousness to this morning’s reading, I will comment on the three books that joined me for morning coffee.

Christianity and History by John Warwick Montgomery was first published in 1964.  The IVP edition that I have sold for $1.95 in 1976.  To my surprise, Dr. Montgomery is still living.  He has been a long-time great soldier for Christian apologetics and thought.  I have read several of his books over the years and have profited from his thought.  Because he is a strong evidentialist in apologetic method, he is not often mentioned approvingly in Reformed circles.  He is critical of the views of Cornelius Van Til.  Since he comes from a Lutheran perspective, I am sure there are other points of disagreement.  Those don’t concern me in this context. He is a brilliant defender of Christian thought.  He rivals the late Francis Nigel Lee in academic degrees.

The title Christianity and History has long been a magnet to draw me to this book.  In fact, Montgomery has written several works related to Christianity and history.  This book, however, is not directed to the topic of Christians and the field of historical studies.  Rather, this book deals with the issue of the reliability of the New Testament account of who Jesus Christ is.  Montgomery evaluates the historical documents, meaning the New Testament manuscripts, with the same methods one would use on other documents in order to bolster our faith presuppositions.

This is good reading.  During the Advent season the broader culture borrows from, or maybe is imposed upon, by our belief that the Baby Jesus is God the Son Incarnate.  There are good solid reasons why we sing what we sing at this time of year and believe what we believe.

One further note:  C. S. Lewis wrote a brief note to Dr. Montgomery regarding the lectures that grew into this book.  Lewis was ailing at the time, but did compliment the work.  If Lewis liked it, that says a lot about it.

This morning I remembered that I bought God in the Whirlwind by David Wells some months ago.  This was a good occasion to hit that first chapter.  The book is subtitled:  How the Holy Love of God Reorients Our World.  This volume is an application of a series of books that examined the Christian faith in the light of modern culture.  Those books are pictured below: 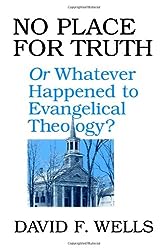 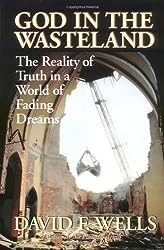 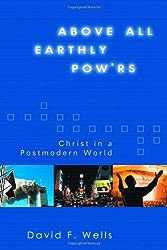 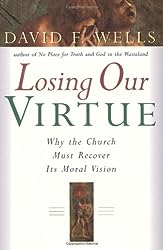 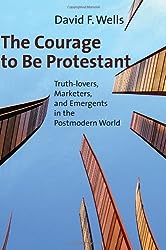 I highly recommend these volumes to any and all who deal with church, theology, modern culture, America,  modern Christianity, and modern thought.  I have read all or portions of Wells’ books.  Wells says, “These volumes were a sustained cultural analysis, and some critics have complained that they contain no answers to the church’s parlous state.”  Now, in God in the Whirlwind, Wells is focusing on the answers.

Herbert Butterfield and the Interpretation of History by Keith C. Sewell was this mornings really heavy lifting.  Dr. Sewell is an e-friend of mine, meaning that he and I have corresponded a few times via email.  He taught history at Dordt College for some time and is now living in Australia.  I am plodding through the introduction to this book for the second time.  I have also read the conclusion of this book.

This is an important work for several reasons.  First, as a college history major and a 30 plus year history teacher, I must confess that I know very little about history and even less about historiography and philosophies of history.  When I start a college, I will require history majors to take a course on the subject of history, historians, historiography, and historical interpretation.

Second, Herbert Butterfield is an overlooked figure among Christian students.  He was a contemporary with C. S. Lewis, J.R.R. Tolkien, and Christopher Dawson.  Joseph Pearce highlighted the incredible rise of Christian literary figures in his book Literary Converts.  God visited Britain with novelists, poets, historians, cultural critics, literary critics, and other academic folks in the 20th Century.  But Herbert Butterfield is rarely mentioned in the discussions of Christian thinkers.  Christians who are history majors need to know of him, just like they need to be familiar with Christopher Dawson or Groen van Prinsterer.

Third, the whole question of Butterfield and faith has to be with the methods by which Christians should think on, write about, and interpret history.  This is a weighty question.  I recently read and enjoyed this web article titled “Should Christian Historians Appeal to Providence in Their Interpretation?”  Both that article and its sequel  are required reading for serious history students.  Then, we can address the method of Herbert Butterfield.  Sewell notes that “Butterfield may be numbered among those who, from late antiquity to the present age, have offered a Christian interpretation of human history.”  Again, that is not as easy as it sounds.  This book is a weighty scholarly examination of the man Herbert Butterfield and his method of doing history.