In late December of 1977, I landed in Leningrad, Russia and begin looking at everything around me in that dark, cold, foreboding land.  The mornings began not with sunrise but with darkness that pervaded the northern climate until late–after 10 am–and then the daylight hours ended early in the afternoon.  And then there was the bitter cold, the sterile feel of the Communist state, the indifference of store workers to their customers, and the feeling of regimentation, oppression, and chains.  Still, there was plenty in Russia–both old and new–that was beautiful, charming, and alluring.  It was my one visit outside of the U. S. and is still a country I would love to see yet again and see more of.

Maybe with a nudge or two in those days, I might have pursued graduate studies of Russian history and literature.  But I was tired of college and ready to teach school.  Besides, I had other interests in the field of history as well.  So, I never quite developed as an expert in Russian history and culture.  But over the years, I have continued to read books here and there, both novels and histories, that unveil images of that vast and mysterious land.

Currently, I am working through two books on Russia in the time of the 1917 Revolutions.  At last, I have a worthy excuse for reading what I am consumed in at the moment.  This is the year for Modern World Humanities with a focus on the 20th century.  Truth be known, I am probably better versed on the 20th century than any other part of history.  But I often reach that time period late in the school year and the chance to explore those times and events is zapped by the oncoming summer break.  Meaning, kids stop listening.

The first book on this venture is The Race to Save the Romanovs by Helen Rappaport.  Mrs. Rappaport has written quite a few works in recent years on the Romanov family and the Revolution.  I have picked up a volume or two in some bargain venues, but jumped at the chance to read and review this book.  It is published by St. Martin’s Press.

The Romanov family story is filled with everything one might imagine in a fairy tale and/or a horror story.  Nicholas Romanov and his wife Alexandra were two remarkable figures, placed in history by forces beyond their control and put in the middle of a storm that no mere humans could have survived.  They were a beautiful and loving couple.  Their letters to one another reveal a man and a woman who were deeply devoted to each other.  Yet, Nicholas had no ordinary job to go to.  He was the Tsar of Russia, a powerful, but struggling world power connected to Europe by land and blood, and entangled by alliances to events that brought about World War I.

As Tsar, Nicholas was a man of limited vision and personality.  He did not relish being the leader, but he was a Romanov and could no more think in modern terms than he could have used modern (as in 21st century) technology.  Behind him, his wife was pushy, sometimes dominant, narrow minded to the hilt, and terribly offensive to others.  Adding to her problems, she was German by heritage, which meant that she was constantly attacked by Russian presses and gossip during World War I.  (For those who may have forgotten, Russia was at war with Germany.)  No one ever became more fiercely Russian than Alexandra Romanov, but both Allied leaders and many in Russia thought her disloyal.  As if that wasn’t enough, the Tsarevitch, or son of the Tsar and heir of the throne, Alexey, suffered from hemophilia.

I thought this story had been almost completely told in Robert Massie’s incredible book Nicholas and Alexandra.  I have read that book a couple of times, along with his sequel The Romanovs: The Final Chapter.

Helen Rappaport’s book goes beyond what Massie’s books did.  The focus is on the efforts to rescue the Tsar and his family.  The most likely candidates for rescuing this family were the British.  The King, George V, and Nicholas were cousins.  Alexandra was a granddaughter of Queen Victoria.  But the British dithered, delayed, hesitated, ignored, pawned off, and managed to do little other than mourn the deaths when rescue was too late.

Efforts were made by many others to rescue the family.  Germany had some opportunities to do so, and the Romanovs were kin to the Kaiser of Germany, Wilhelm II.  Talk was of sending the Romanovs to Denmark, southern France, an obscure place in England, Norway, Sweden, the Crimea, and Spain.  Within Russia, there were loyal monarchists who desperately wanted to both rescue and restore the family.

Part of the pain of reading this book is knowing how it will end.  As Rappaport points out, the Tsar and his family were not simply killed or executed, they were murdered–brutally, cruelly, and with malice and aforethought.  To make matters worse, the Bolsheviks concealed the crime and even used the family as a political pawn even after they were all dead.

Of course, World War I and the reign of Communists in Russia both piled up dead bodies by the millions.  Still, this account is one that is known and will not be forgotten.  As former Russian leader Boris Yeltsin said, “The Yekaterinburg massacre was one of the most shameful episodes in Russian history.”  (Yekaterinburg, also known as Ekaterinburg, is where the Romanovs were being held and were then murdered.)

The Red Wheel: March 1917, Node III Book 1 is by the Nobel Prize for Literature winning author Aleksandr Solzhenitsyn.  It is part of a massive, epic in every sense of the word, history he spent much of his life writing.  It has yet to all be put into print or to be translated into English.  This portion was published by the University of Notre Dame Press and is translated by Marian Schwartz.

The available volumes so far are August 1914, which originally came out in the 1970s and then was published in an expanded version in 1984.  Next was November 1916, which appeared in 1985.  (My source said it appeared in two volumes, which vexes me since I have only one of them.)  This one, March 1917, is supposed to be in four volumes! And April 1917 has not been translated into English yet.

My biggest concern in beginning this book was wondering if the previous volumes were necessary to have been read before this one.  The publisher’s note promised me that it was okay to begin this one.  Mountain number one was then avoided.  Reading this one volume as a stand alone is challenge enough.

Confession time:  I am still working to get into this book.  But I am determined to read it through.  Solzhenitsyn is not always easy, nor are many other Russian writers.  The reward is in the perseverance.  I have long been reading his books and books about his life.  I was a senior in high school when he was expelled from his beloved Russia.  I read the first volume of The Gulag Archipelago on my own when I was a college student.  My old paperback copy of that book fell apart when my son Nicholas read it.

Earlier this past year, I read 1917: Lenin, Wilson and the Birth of the New World Disorder by Arthur Herman.  Great book and one that whetted my appetite for more Russian history and literature.  At some point in the upcoming school year, my class and I will be reading some of Tolstoy’s shorter works and Dostoevsky’s Brothers Karamazov.  A study of things Russian would in itself be enough to make for a rich life. 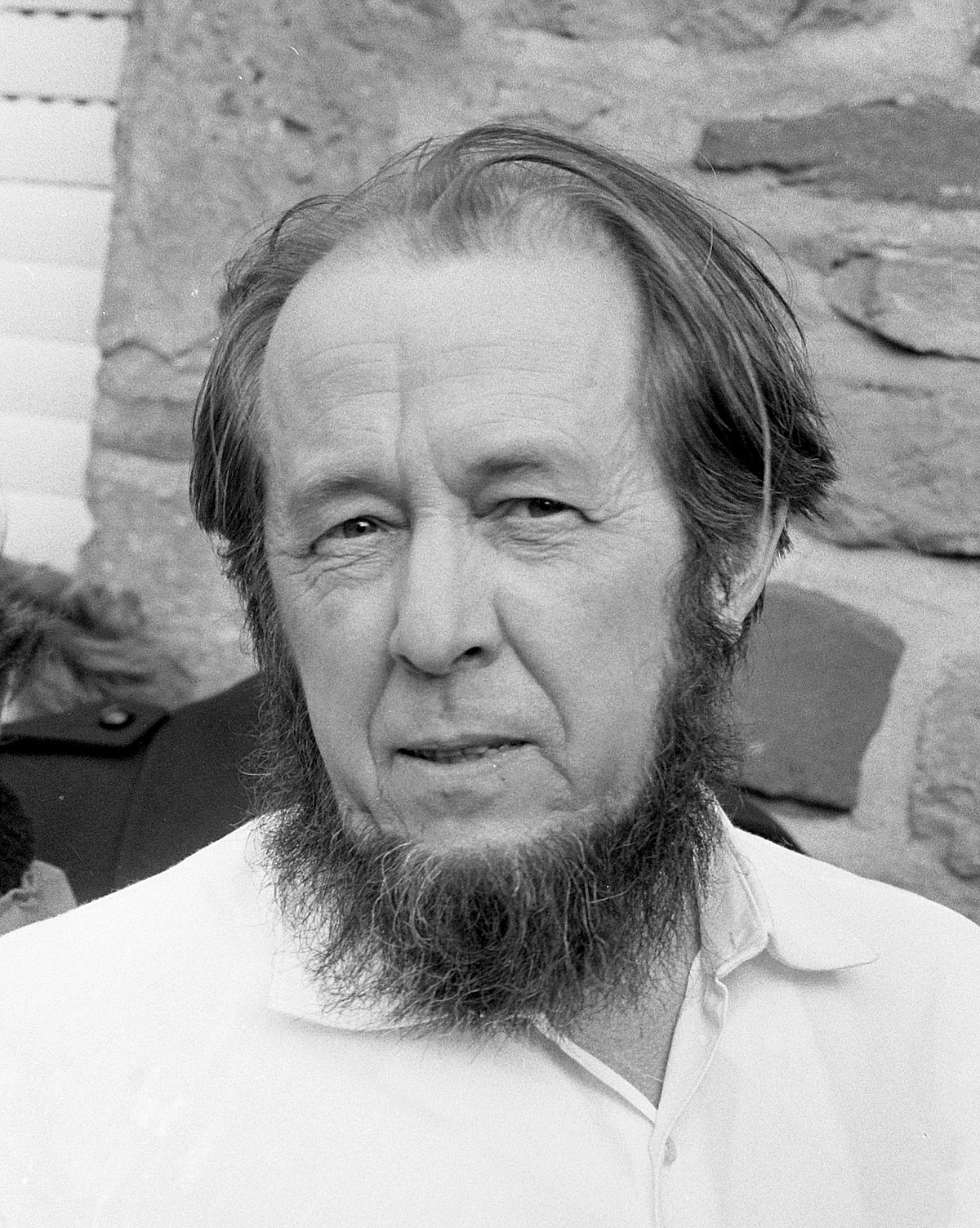 Aleksandr Solzhenitsyn in his younger years.

2 thoughts on “Romanovs, Russian, and Revolution–An Era of Darkness Begins”